Never! There will be no V4 release of CSS.

Said like that, it sounds a bit strange but no worries, CSS will keep evolving. We simply need to understand how versioning work with CSS. To be more accurate we talk about Levels.

Let's refer to the official Specification:

A basic illustration to understand the logic: 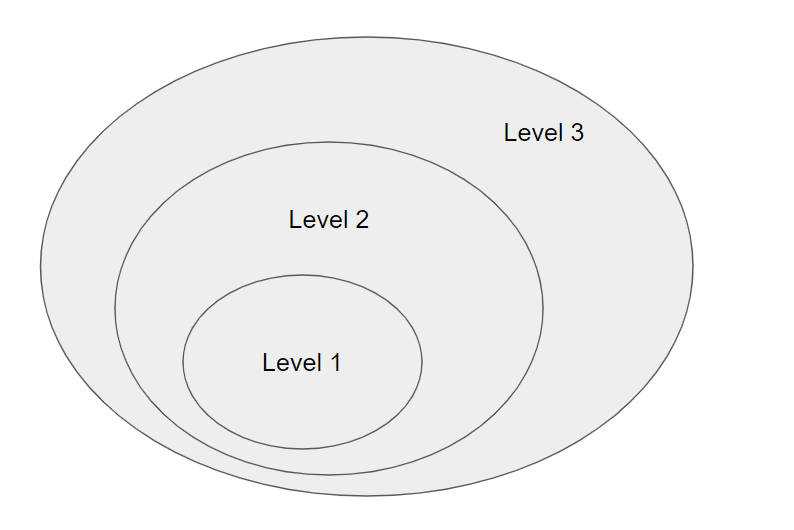 Logically, CSS started at Level 1 (a long time ago) but this level is now obsolete

Obsolete doesn't mean that what is defined at that time is now wrong or no more used. If you follow the link to the CSS1 specification you will see the basics of CSS but we should no more rely on it as we have a more up-to-date specification.

Things start to become interesting here with CSS2 which has 2 sub-levels. To be more precise we call them revisions:

Over time implementation experience and further review has brought to light many problems in the CSS2 specification, so instead of expanding an already unwieldy errata list, the CSS Working Group chose to define CSS Level 2 Revision 1 (CSS2.1). In case of any conflict between the two specs CSS2.1 contains the definitive definition.

In another Specification we can read:

CSS 2.2 is derived from and is intended to replace CSS 2.1 and CSS2. Some parts of CSS2 are unchanged in CSS 2.2, some parts have been altered, and some parts removed. The removed portions may be used in a future CSS3 specification. ref

You can find the difference between the first and second revisions here: https://www.w3.org/TR/CSS22/changes.html. You will see that it's more about clarifying and updating a few definitions rather than adding new properties or values.

The changes between CSS2.1 and CSS2 are more important: https://www.w3.org/TR/CSS21/changes.html

CSS stops the leveling here. Yes, there is no CSS3 Specification.

From this level on modules are leveled independently

The working group decided to no more maintain only one Specification for the whole language. Instead, we have a specification per module considering the CSS2.1 (or the CSS2.2) as the core one.

An illustration to understand the logic of CSS Level 3

To summarize, CSS3 (or CSS Level 3) is a set of different specifications (each one related to a module) plus the "CSS2.2 Specification" as the core one.

Many of us think that CSS3 is a language on its own but it's not. The language is CSS. CSS3 is only one level of CSS that defines how the specifications should be organized.

Let's hope people will stop saying: "I am experienced in CSS3" because it doesn't make a lot of sense.

I think now it's clear why there is no CSS4.

There is no CSS Level 4. Independent modules can reach level 4 or beyond, but CSS the language no longer has levels. ("CSS Level 3" as a term is used only to differentiate it from the previous monolithic versions.)

Let's stop the debate around CSS2, CSS3, CSS4, etc. CSS is simply CSS and it contains different modules that level up independently.

You may have a good experience using Flexbox but not using CSS Grid, you may know very well CSS selectors but you have no idea what is CSS masking, etc so please no more "I have a good knowledge of CSS3".