If someone asked me, I would say modules are one of the most important parts of Javascript there is. You always want your code to look neat and clean, instead of being all messy and inside of a single file. This is what modules were made for. And today we are going to talk about their syntax, use, and functionality in ES6 version of Javascript.

Before we get to the imprting and exporting, I will first teach you about paths. In javascript, when import and or exproting, sometimes you would need to write a path to your modules. When writing a path, there are a few things you should know before starting to do it.

When writing, your path would look something like this
"./foulder1/foulder2/module.js"

Let's start learning about exports first, so that we can later apply our knowledge straight away on imports. Before we start, if you are using node, then put this in your package.json file

This tells node to use ES6 syntax instead of commonjs. Now,let's start of with named exports:

Ok, so how would we export modules? We would use a keyword export as you might have guessed by now. Let's look at the example of the syntax

This code would export constant after it's declaration, but what if we want to export it straight away? Then, as you might have guessed again, we would put an export keyword before const, same would be with function, let or anything else as you can see here

In both methods the constant is exported, but you use whether one you prefer. If you want to export multiple modules, then you would just put a coma after each module, like here:

You are also able to change modules' name by using keyword as like shown below:

And yes, you do have to put named exports inside a curly bracket when exporting after declaration. Now, that we talked about named exports, let's move onto default exports.

Default exports are very similar to the named exports, they only differ a bit. Any one file can only contain one default export, and here is why: When exporting, you export by name, but why default export is good, is because it doesn't require to have a name. It exports a value without a name, meaning you can import it under any name in future without always having to remember it. And this is the reason you can only have 1 default export, it is because there couldn't be 2 different unnamed values exported at the same time, as it would be impossible to know which one you are reffering to when importing.

Now, let's look at the syntax for default exporting

Then it will return a SyntaxError

Sometimes, when importing you might come around a problem of having long paths, and here is how you can fix it:

Aggregation exports is when you take all of the exports from different files, and export them from one, and this is how:

Let's imagine you have different modules in different files like this:

They might be located very far away from each other, so you may not want to write long paths, and this is how you can do it. Create a file, where you will write with a syntax like this

From this moment you would be able to import everything from one file where you have set up this system. But let's imagine you have 10000 modules for some reason all in one file, and you don't wan't to write out these curly braces, then this is for you:
In importing/export, you can use * to signify everything, so it would look something like this

This will export all the modules from there for you. In case you want to rename one module you are exporting, you can do this by using as, as used before

This is everything you need to know about aggrigartion. Now, let's move to the last part about exporting, await:

Await exports, as you might have guessed use keyword await, they can be used in case you want to export some data, for example from API response.
In the file where you are importing an await module, it will wait until the data is received in the module, and only then import it. Here is what syntax looks like

Before we move on, did you know that you can also mix exports like this

This is about it for exports, now let's move onto imports

Before we start with imports, there are a few things I have to mention.
If you are using node, then you should be fine, but if you are using HTML, then you would first write a <sciprt> tag, and put type="module" inside, so that it recognizes it as a module. Another part, if you try to import modules using file:// URL, then you will run into CORS error, unless ran on http server. When importing module, then their value is unchangeable, even if they were declared as var or let. Modules also automatically use strict mode, so watch out for that.

When importing named values, as well as in exporting you would need to use curly braces around the module(s) that you want to import. Like with export, import uses import keyword. Now let's look at how it works.

You can also import modules under their own namespaces:

You can also use namespaces:

This is basically it for named imports, now let's move onto default ones.

Default imports, as seen in export example, are basically the same as named ones, they just don't require curly brackets.

This is as simple as that, now let's move onto dynamic imports, a very interesting feature in JS.

Dynamic impports are a function, that can be called anywhere in the code. This function is asynchronous, meaning that it requires await keyword or a then() method, as it is a promise. The type of data it returns is like this:

import() takes in one parameter, path, and is used something like that.

This post basically has now covered everything you might have wanted to know about ES6 imports, if there is something I either didn't say or got wrong, feel free to point it out in the comment, would love to get some feedback. 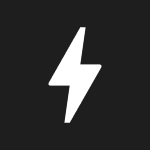 Backend developer who wants to be Fullstack and DevOps Engineer

How to implement Google OAuth2 in an Ionic/Capacitor app

Arsenii Gorushkin
Backend developer who wants to be Fullstack and DevOps Engineer
What is RunJS, and why it's great
#node #javascript #testing #debugging
URL Shortener API with express in 5 minutes
#node #javascript #webdev #tutorial
What is .map() and how does it work
#javascript #node #tutorial #webdev