Did you ever wonder how cool it will be if you can run things above your actual code without fiddling on your deployed servers? You might be thinking why would you even need that and there can be many reasons. It can be you want to redirect the app to different URL for mobile, want to add some additional tags in the head, give a response before running the code and many more. Serverless scripting is the way to do it.

Serverless scripting (a.k.a. Edge Scripting) is a Script ( In any language, commonly JS ) run on serverless computes (Edge) is a way to run a piece a code before the execution of your actual app code to perform various functions including prefetch response, appending body, adding headers, returning response code, redirecting the url and similar things.

So Basically running the script without your own server but above it on serverless. It’s packaged under various names from various CDN providers like Stackpath serverless scripting, Cloudflare Workers, Amazon Lambda edge

Serverless scripts can be inserted in the CDN environment that deploys instantly on servers across the world and starts performing the job. The working can be understood from the following image- 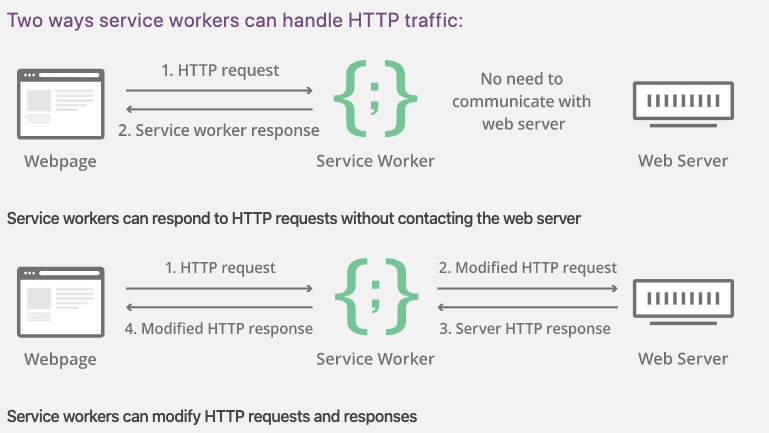 The first requirement is that you need to route the traffic through a CDN or an edge server. Not all but most CDN these days provide this feature like MaxCDN, Stackpath, Cloudflare, AWS Cloudfront.

You then need to activate script functionality and add the script to the serverless/edge section of the provider here is an example script that adds an AMP link tag which is canonical of the actual URL.