Presentational components are literally the user interface of our Angular application. They serve two purposes:

To communicate with the rest of the application, presentational components have input properties for supplying them with data which will be formatted for display. They use output properties to notify application state changes initiated by user interactions. This is their data binding API.

In Angular, we have another building block for presentation: A directive. A directive should be our go to solution for presentation. It would be a poor choice to create a component to add a specific style like bold font or a background color. We would either use pure CSS for this or encapsulate the presentation in an attribute directive.

A good example of a stateless presentational component would be a toolbar component that simply projected content and wrapped a DOM structure around it for styling and layout purposes.

Presentational components can have their own isolated state. Think about a checkbox component. It has at least two states: Checked and cleared. The checkbox status is a piece of local UI state.

A checkbox component is stateful. What use is it, if that state is not somehow persisted though? The next time we return to this route, we would often expect the checkbox to be in the same state.

Notifying the application of state changes

To be useful, this local UI state has to synchronise with the rest of the application state. However, if we added persistence logic to store the checkbox status in WebStorage, we would be dealing with a mixed component, not a presentational component.

To remain purely presentational, the checkbox component communicates its state changes to the rest of the application by emitting status events through an output property.

Getting notified of state changes

The user might not be the only actor able to change the checkbox state. Maybe a timer sets the state to checked after 10 seconds for whatever reason. The checkbox component will be notified of this state change through its input property.

When following the Model-View-Presenter pattern, we keep our presentational components lean. We keep logic out of our component templates, but also our component models (the component class instances).

Component templates should do not much more than set up expression bindings for presentation and event bindings for user interaction.

Behaviour should be delegated to presenters which are component level dependencies that are completely isolated from the rest of the application. This ensures that the component model is only coordinating the configuration and binding of input properties, output properties, UI properties, and presenters.

The component model of a Model-View-Presenter-style presentational component contains no business logic except for glue code between the data binding API, UI properties, event handlers, and presenters.

Preferably, we extract user interaction to component level services such as presenters as described in the "Lean presentational components" section.

Presentational components are usually reusable. Their data binding API or rendering API allow them to be used in many places.

Presentational components are pure in the sense that they are free from side effects. Integration with state management, persistence, messaging, I/O, and other non-presentational layers belong in container components.
Because they are pure, they are deterministic in the way they render their DOM and emit events through their output properties. 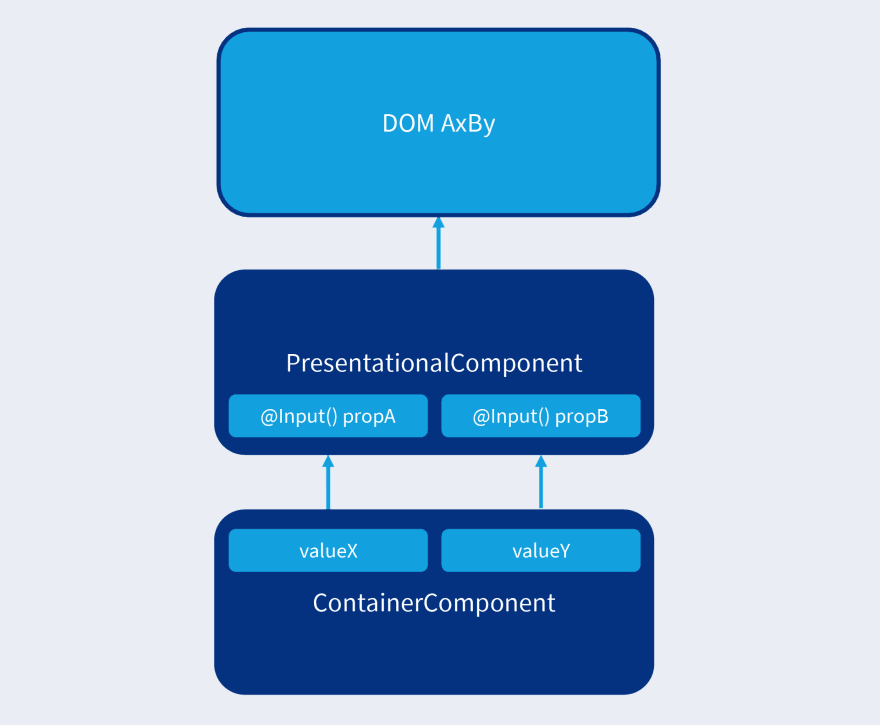 Figure 1 illustrates that when passed the input values valueX and valueY, this presentational component's DOM will always be rendered in the composition AxBy. 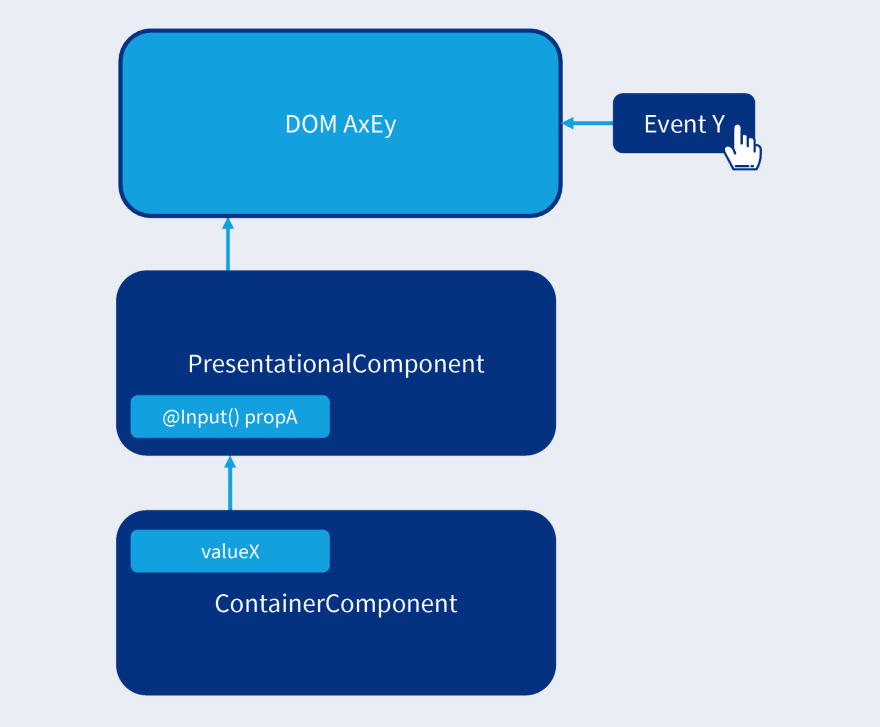 Figure 2. DOM rendered based on an input value and a user interaction.

In Figure 2, valueX is input followed by a user interaction which is intercepted as Event Y. This combination of input value and event series leads to the DOM composition AxEy. This will always be the case when Event Y happens while valueX is input. 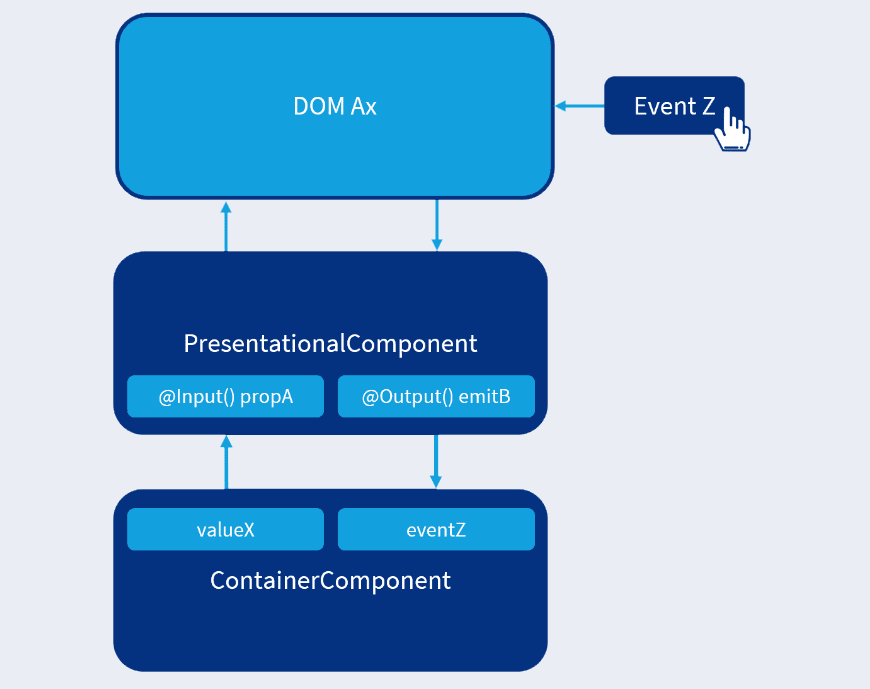 The presentational component in Figure 3 has the DOM composition Ax based on valueX being passed as an input. The user interaction intercepted as Event Z leads to the value eventZ being emitted through an output property.

This is always the case when Event Z happens while valueX is the input value.

We must be able to demonstrate the examples in Figures 1, 2, and 3 in tests. Otherwise our components are impure in that they depend on external state. If that’s the case, we need to create another input property and pass in that external state to turn the component into a presentational component with deterministic behaviour and rendering.

Presentational components become dirty as in needs to be dirty checked for one of two reasons:

Read the full article for free on inDepth.dev to walk through a simple example of converting a mixed component to a presentational component after having extracted a container component from it.

We go through an advanced example with multiple input and output properties. A component which contains form validation and multiple user interactions.
In the process of minimising presentational logic in the template, we convert a template-driven form to a reactive form. 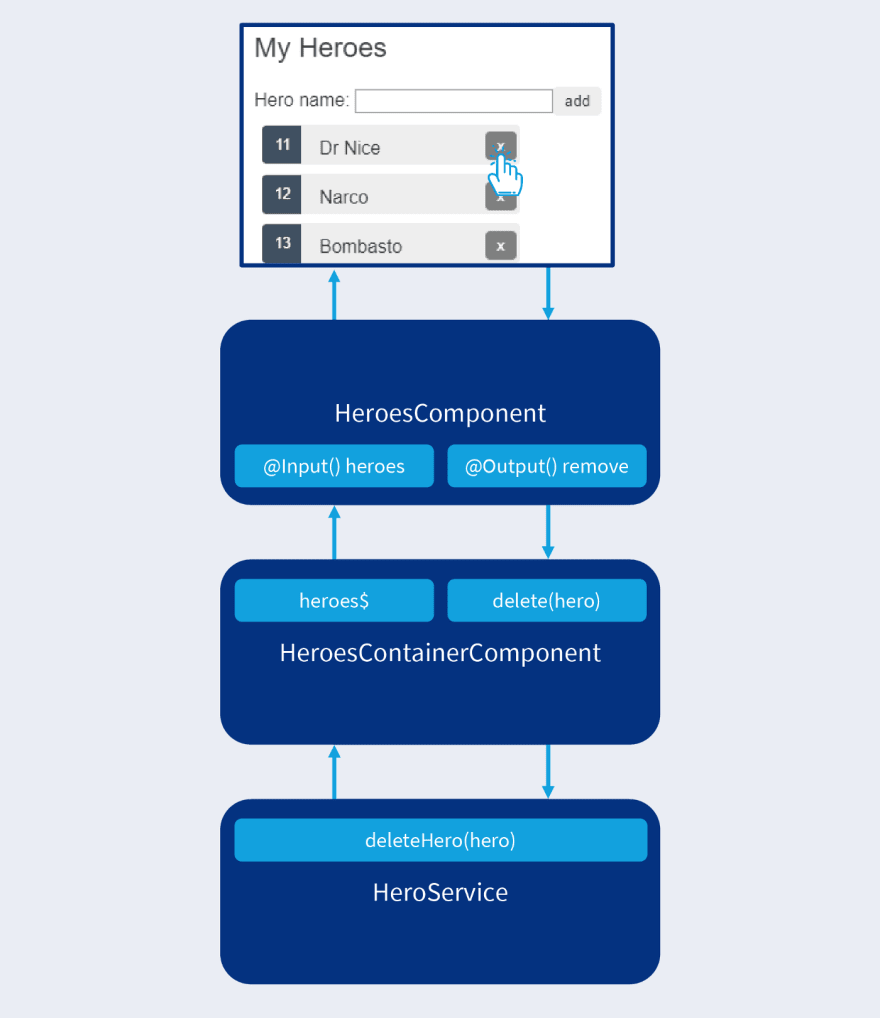 Figure 4. The remove hero control flow with a presentational component.

Figure 4 shows an illustration of the control flow triggered by one of the user interactions in the advanced example.

Make sure to read the full version of "Presentational components with Angular" on inDepth.dev for free.

Trending on DEV
In defense of the Angular framework
#javascript #typescript #angular #framework
Learn Angular 9 with Tailwind CSS by building a banking app - Lesson 3: Display User Account Balance
#angular #typescript #beginners #tutorial
Why you do not like Java?
#discuss
HTML, CSS & JS are not enough (esp if you plan to be a independent dev)
#javascript #webdev #beginners #career
SpaceX and Javascript🚀
#javascript #discuss #webdev #beginners
What is DNS? What happens after you click facebook.com?
#webdev #computerscience #architecture #linux
Paradigmas de Programação e Arquitetura
#architecture #softwaredeveloper #developer #cleanarchitecture
Five Git commands I started using that might be helpful to you
#git #productivity #codenewbie