Response time is crucial to understanding system behavior. It is also one of the metrics commonly reported by performance test tools. Yet common presentations of this metric can hide important details and patterns, just like the graph below.

It is critical that you have raw data for further analysis, as and when needed. It is also important that you select the right chart to represent the raw data. Use chart(s) that will help highlight patterns missed by basic representation (i.e. average response time graph). 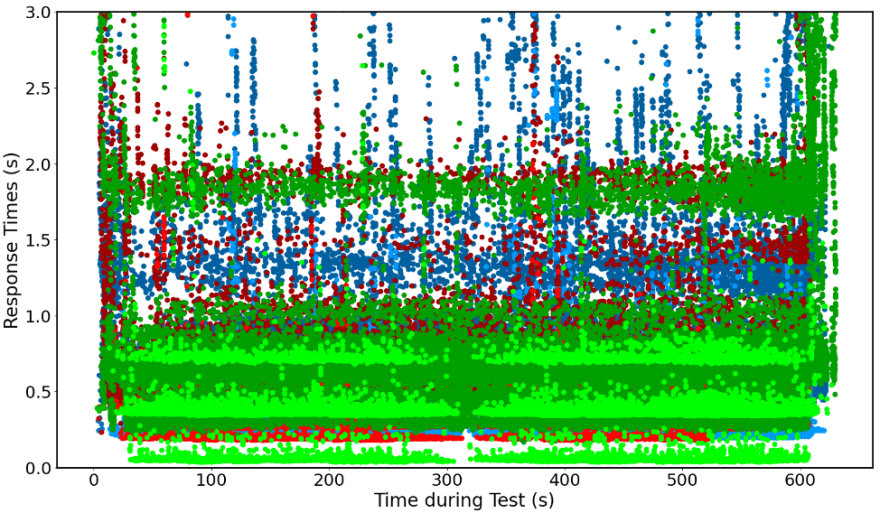 In this post, I want to introduce you to another alternative to the scatter plot and that is the heat map. The heat map can still highlight similar outliers, distribution modes, and other details without plotting every individual data.

Heat map buckets data that fall into the same range and then uses colors to highlight the intensity/volume of data in each bucket. 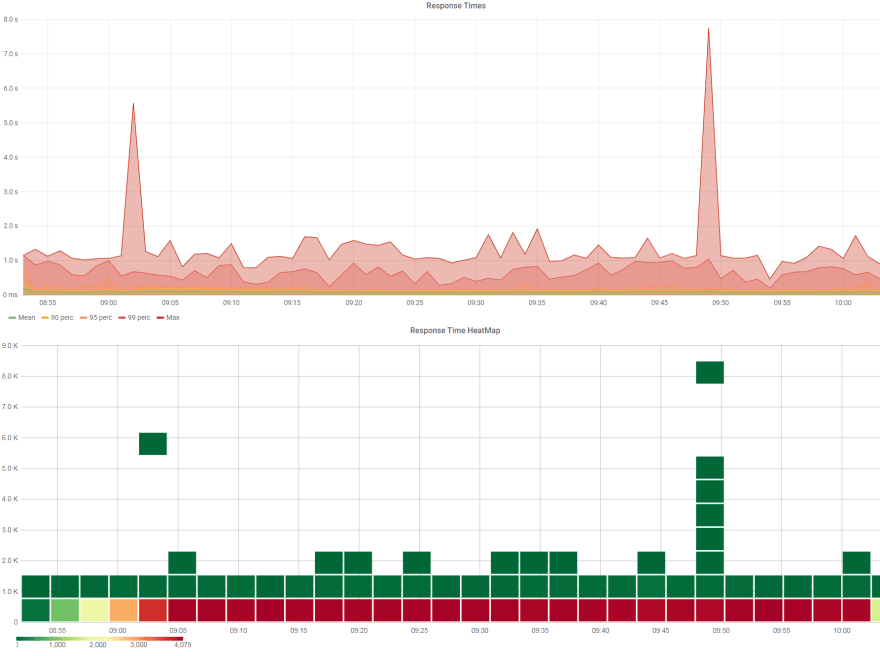 In above example, the more the number of data points fall in the same response time bucket, the darker the shade of red. And if the count is less than it is represented by a shade of green.

Another example where the heat map was used to complement the common response time graph. It shows a different pattern that is not visible in the primary graph. Again scatter plot would have done the trick but there would have been too much information on the chart. Using the heat map helped reduced the noise without compromising the data integrity. 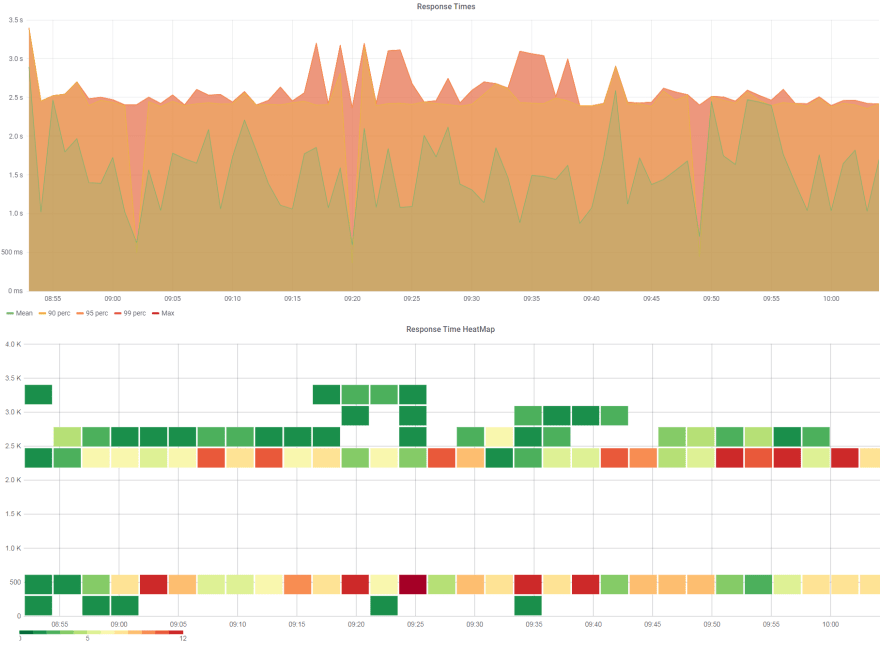 Just like all other types of charts, using the heat map to represent response time data has its drawback too. There is no easy way to represent multiple transactions in the same heat map which is possible in the scatter plot.

In case you are wondering which tool I am using, it is the heat map plugin for Grafana.

1 line of code: How to get the shortest string of an Array

1 line of code: How to get the longest string of an Array

1 line of code: How to get the first index of the highest numeric item of an Array