Have you ever found yourself in a situation where you need to convert custom objects into JSON objects / dictionaries and vice versa? If so, this article might give you some serious help!

Imagine you are working as a backend developer. After a bunch of logic operations and database queries, you get an object type Person, which you want to return to frontend. However, you have to return it as a JSON object instead of a Person object, since it is the standardized protocol in transferring data.

Without external libraries, you will have to do it this way:

You might also come across this problem when working with databases. For example, some relational databases and NoSQL databases only allow inputs of certain basic types, such as text, integer, float, ... and not objects. Therefore, in order to store objects in those databases, you first have to convert them into text or string before inserting.

To do this, you would have to loop through the object and get all of its attributes one by one. This is fine for objects with few attributes, but as this number increases, your work gets tiring and repetitive.

In contrast, there are situations when you have to convert a dictionary into a predefined object, like Person. For instance, when backend receives a request from frontend and wants to convert the request payload back to the original object, the process would look something like this:

You would have to loop through the request payload and pick the attributes you need for your object.

These processes are called Serialization and Deserialization, which you often encounter when dealing with the storage and transfer of data.

Serialization is the process of converting app-level objects to primitive types, such as dictionary, text, string,... The serialized objects can then be rendered to standard formats such as JSON for use in an HTTP API. This technique is often used in database management where we need to convert custom objects into dictionaries then texts before storing into the database.

Deserialization is the reverse process of serialization, in which data, typically dictionaries or JSON objects, are converted back into app-level objects. This is often used in web development when backend receives input data from frontend or get data from the database and convert them back into custom objects.

There are several libraries in Python that support serialization and deserialization, including pickle, json, cattrs, and most notably, marshmallow, which we are going through in the second part of this article. 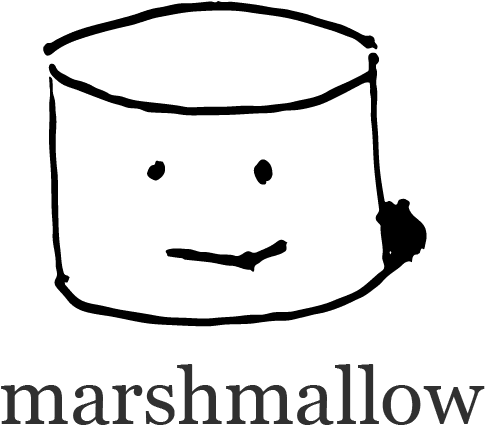 marshmallow is an ORM/ODM/framework-agnostic library for converting complex data types, such as objects, to and from native Python data types. It can be used for three main functions:

To accomplish all of the usabilities above, marshmallow introduces the definition of a schema which can be used to apply rules to validate the data being deserialized or change the way data are being serialized. A schema defines the rules that guides deserialization, called load, and serialization, called dump. It allows us to define the fields that will be loaded or dumped, add conditions on the fields, and inject computation to perform transformation between load and dump.

We can install marshmallow with pip:

In order to do serialization and deserialization, we need to define a Schema which set the rules for those operations.

For example, we want to define a Schema for class Person defined at the beginning of this article, which includes two fields name and age. To do that, we import Schema from marshmallow then inherit it in our custom schema. Then we list the attributes under our schema, including name and age since we want to use it for objects of class Person, along with the type for each attribute. In this case, name is a string and age is an integer.

The first and most basic thing you can do with a Schema is validating input data. To do this, we use marshmallow's load function.

This will throw a validation error, as we are passing age as a string ('nineteen') instead of an integer as we defined earlier in our schema.

To serialize app-level objects in marshmallow, we use dump.

After serializing with dump, we get a dictionary with keys and values corresponding to the original object, which could then be converted to a text easily and stored in the database.

When creating schemas, we can pass optional arguments to each fields:

In the snippet above, we have a schema for class Employee, where:

In marshmallow, we can nest a schema inside another so that the new schema inherits attributes of the one being nested.

With nesting schemas, handling complex and nested data structures is no longer a headache.

Perform transformation before and after dump or load

In the example above, we made some changes to our previously-defined PersonSchema by adding a post_load method to it. By doing this, when deserializing, we get back directly to an instance of class Person.

2.3. Why should we use Marshmallow?

marshmallow makes no assumption about web frameworks or database layers. It will work with just about any ORM, ODM, or no ORM at all.

marshmallow uses classes. This allows for easy code reuse and configuration. It also allows for powerful means for configuring and extending schemas, such as adding post-processing and error handling behavior.

It's easy and convenient to customize and configure marshmallow schemas. Customized configuration can be achieved either by passing arguments into fields, using class Meta paradigm, nesting and extending schemas, etc.

This article covers a really brief introduction to serialization and deserialization in Python, as well as a quick tutorial on marshmallow, one of the current best tools for these jobs. This tutorial is just a glimpse of what marshmallow is capable of, so please refer to the official documentation for more advanced usage. Happy coding!

Once suspended, billtrn will not be able to comment or publish posts until their suspension is removed.

Once unsuspended, billtrn will be able to comment and publish posts again.

Once unpublished, all posts by billtrn will become hidden and only accessible to themselves.

If billtrn is not suspended, they can still re-publish their posts from their dashboard.

Once unpublished, this post will become invisible to the public and only accessible to Bill Tran.

Thanks for keeping DEV Community safe. Here is what you can do to flag billtrn:

Unflagging billtrn will restore default visibility to their posts.