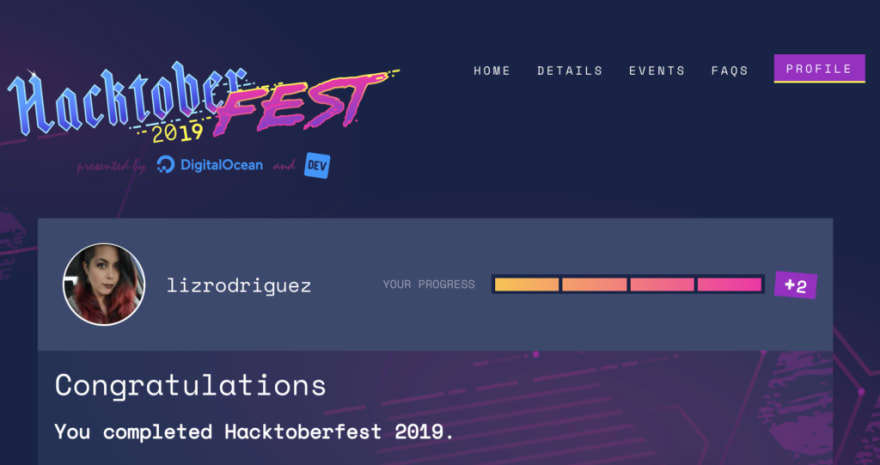 This year I had a goal to finally complete Hacktoberfest, which is an online hackathon where you contribute to open source projects.

In the beginning of October, I reached out to my various discord coding communities for some project contribution ideas and was able to complete 4 small pull requests! The simple projects I did were:

What I’ve learned from this experience is that it’s not about how big a contribution I made to a project, but what I learned in doing so.

I made an error with my very first pull request on the Twilio project, where I swapped the branch to do the PR – then fixed it. I also learned that I needed to make a dev branch and then do the PR on the dev branch so that the maintainer of the project can merge to master as they choose.

I found instructions on how to do the pull requests via Github of course.

Then later found out how to *update* the fork I have to complete the PR later on – Thank you Christina Solana:

Ever since the web 2.0 days, I was a supporter of open source software and now that I’m coding more, I want to write my own project to share with the world and contribute more to open source projects. Stay tuned to see what I think up! I also want to do more hackathons; both online and in person. I completed a couple of them last year which were a lot of fun!

My Goals for 2021 Zuri intership

My Goals for HNGI8 for the next 8 weeks

How does a QR code work ?

Once suspended, binarydigit will not be able to comment or publish posts until their suspension is removed.

Once unsuspended, binarydigit will be able to comment and publish posts again.

Once unpublished, all posts by binarydigit will become hidden and only accessible to themselves.

If binarydigit is not suspended, they can still re-publish their posts from their dashboard.

Once unpublished, this post will become invisible to the public and only accessible to BinaryDigit.

Thanks for keeping DEV Community 👩‍💻👨‍💻 safe. Here is what you can do to flag binarydigit:

Unflagging binarydigit will restore default visibility to their posts.