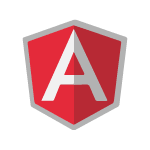 Top Angular 12 Features That You Should Know| Angular Development

Angular 12 comes with a slew of performance, language service, compiler, form validation, and other enhancements. One of the primary upgrades contemplated in version 12 is the deprecation of the View engine and the adoption of the Ivy ecosystem.

In addition, Angular 12 offers improved style, Nullish Coalescing, and a move away from Legacy i18n Message-IDs, among other essential improvements that make this version reliable. Angular 12 also includes several bug updates for the compiler, core, router, language service, and other components.

The Angular Roadmap Project's primary goal is to create a 'Zoneless Angular,' which eliminates the need for Zone.js and, as a result, provides developers more freedom. In the previous two months, the Angular community has published beta versions and made some critical and breaking changes in May.

Here is the list of top Angular 12 features that you should know
Ivy Everywhere
First and foremost, the View Engine, which was Angular's default renderer before Ivy, is now formally deprecated. So, starting with version 9, Ivy is the new Angular renderer for all-new Angular projects.

This signifies that the team will remove the View Engine from the Angular framework in the next major version. Current libraries that use the View Engine continue to operate perfectly with Ivy apps, but authors who control these libraries should start making transition preparations now.

The Future of Protractor
The Angular team has been collaborating with the community to assess Protractor's future. As you may know, Angular integrates nicely with other tools such as Cypress, WebdriverIO, and TestCafé, and the team is still considering feedback from the Angular community.

However, it has been decided not to include Protractor in new Angular projects generated in the future. The team is still conducting evaluations, and additional information on the ultimate decision on Protractor should be available shortly, most likely in the next release.

Learning Angular
The Angular team is constantly working to improve the developer learning experience. They've made some significant adjustments to our documentation as part of this work. In addition, they created a content projection roadmap and are working on adding fresh material.

They've updated angular.io with a contributor's guide thanks to a lot of developer input to enhance documentation. It aids anyone trying to improve their documents. In addition, error messages have their own set of instructions and movies.

Deprecating support for IE11
As we know it, Internet Explorer is nearing the end of its life cycle, and supporting it while developing for the web has proven difficult. Microsoft 365 products like Teams discontinued support for IE11 earlier this year, and the Microsoft team will remove it from its ecosystem one year from now.

Angular is also aiming toward remove support for outdated browsers like Internet Explorer. Starting with this new version of Angular, a new deprecation warning message will be supplied for IE11. By version 13, there will be no support at all.

Improvements Around Styles
In Angular, a few major stylistic enhancements are visible. One of them is that Angular now supports inline SASS in your component decorator's styles field without the need to add any inlineStyleLanguage options to your angular.json file.

This version includes Tailwind CSS support. Given the growing popularity of the Tailwind community, this is an excellent move on the Angular team. You may begin by downloading the package from npm and then importing it into your project.

Nullish Coalescing
The nullish coalescing operator (??) is now available in this new version. As a result, one can write conditionals in a more readable manner.

You may use this operator to simplify your conditional statements straight away after updating your Angular project. This TypeScript operator has been around for a long, and now that it's in Angular, it's much more fun and useful for the thousands of developers who already use it.

Transitioning From Legacy i18n Message IDs
The new Angular version includes migration from older i8n message ID formats to new ones. White space, ICU expressions, and formatting templates have all been problematic in the past. The new one is far more intuitive and canonical, reducing invalidations caused by incorrect translations or retranslations that don't match white spaces.

These modifications went into effect with version 11, and tooling is now available to transfer old projects.

This was a rundown of the new features in the current version of Angular, version 12.0.

How Do I Upgrade to Angular Version 12?
As always, it is best to upgrade your project from one version to the next. Hire the best Angular developers in the industry if you do not know about it.

Get end-to-end web application development solutions for an unparalleled back-end and front-end experience. With our top-of-the-line technology expertise, We have been entitled to prestigious titles and awards as the best software development company that caters to industries and clients worldwide.

Find the approximate cost to build your Application
Check Out

⌨️ An ACTUAL typewriter (that auto types and is interactive too!) 🤯