Just like number, the string type is pretty straight forward: it specifies that we want something to be a string and a string only. It's used in the same manner:

If we try to misuse it, and store a boolean inside of a variable of type number, for example, the editor will complain:

A super simple situation in which we could use this is when trying to print some of the properties of an object (let's say we got it back from the server after making an API call). We're trying to print a name made out of two strings but we use by mistake a property that stores a number. 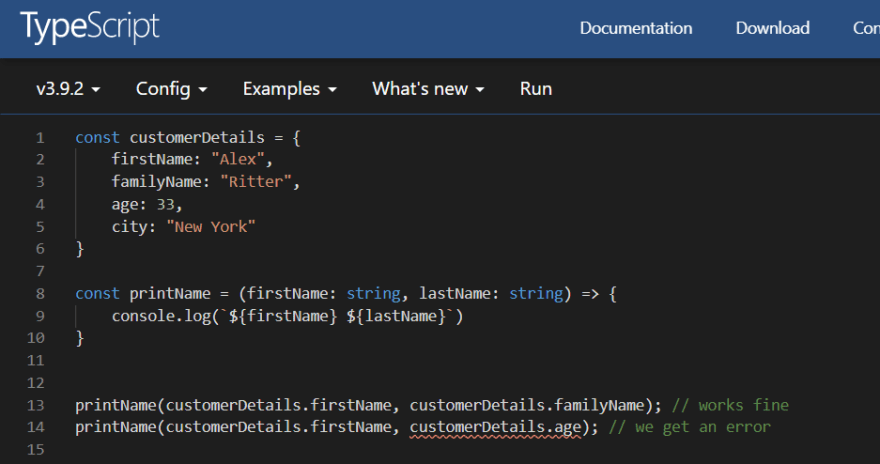 Getting started with Puppeteer 🤖

5 Tips for Writing Articles People Will Want to Read