Sometimes we find ourself in a situation where we need to setup a Raspberry Pi but have no PC or Laptop available. Luckily, there is a way to do the complete setup with only an android phone.

To follow along you need an android phone and the below listed apps installed. You also need of course the pi and a sd card.

Insert the SD Card into a android phone and use the Raspi Card imager to create the image.

Select the Raspbian lite version which does not include a GUI. Also check the Wi-Fi and headless box. With this setup the PI behaves like a server instead of a Desktop PC. 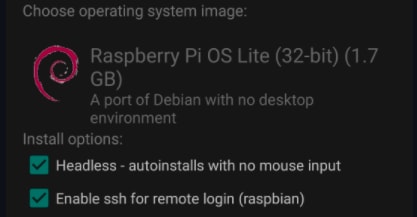 ! Important: create a wpa_supplicant.conf at the root of the SD Card. For more info see this question on Raspberry Pi Stack Exchange.

This makes the PI connect to the specified router on boot up. That way we can connect over SSH to the device when we are connected to the same router.

To create and edit the file I have used QuickEdit Text Editor.

Eject the card from phone and insert into it into Raspberry Pis card slot. Power the PI and wait several minutes until the first boot is completed.

Use Fing to find the IP address of the device. You need to connect with your phone to the same Wi-Fi router as you have configured in the wpa_supplicant.conf file.
Fing will list all devices that are connected to the router. once the PI has booted and connected, it will show in Fing. 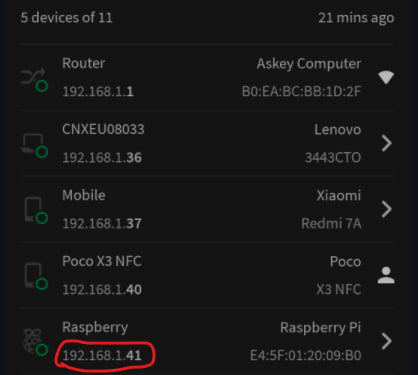 The Device is now ready to accept ssh connection. You can use any ssh client such as Termius to establish the connection.

The IP address will be the one you have found with Fing. The default user is pi and the default password is raspberry.

First, change the default password, upgrade the system and reboot the device.

Wait some time and re-plug the Pi to boot again and finish the configuration.

The Device is now configured and ready to be used over the local network. From here the possibilities are endless.

If you are planning to use this outside of your private network, you should take additional security measurements.

Once suspended, codingsafari will not be able to comment or publish posts until their suspension is removed.

Once unsuspended, codingsafari will be able to comment and publish posts again.

Once unpublished, all posts by codingsafari will become hidden and only accessible to themselves.

If codingsafari is not suspended, they can still re-publish their posts from their dashboard.

Once unpublished, this post will become invisible to the public and only accessible to Nico Braun.

Thanks for keeping DEV Community 👩‍💻👨‍💻 safe. Here is what you can do to flag codingsafari:

Unflagging codingsafari will restore default visibility to their posts.