Ansible is a radically simple IT automation engine that automates cloud provisioning, configuration management, application deployment, intra-service orchestration, and many other IT needs.

Designed for multi-tier deployments since day one, Ansible models your IT infrastructure by describing how all of your systems inter-relate, rather than just managing one system at a time.

It uses no agents and no additional custom security infrastructure, so it’s easy to deploy — and most importantly, it uses a very simple language (YAML, in the form of Ansible Playbooks) that allow you to describe your automation jobs in a way that approaches plain English.

Ubuntu builds are available in a PPA here.

To configure the PPA on your machine and install Ansible run these commands:

The preferred way to install Ansible on a Mac is with pip.

The instructions can be found in Installing Ansible with pip. If you are running macOS version 10.12 or older, then you should upgrade to the latest pip to connect to the Python Package Index securely. It should be noted that pip must be run as a module on macOS, and the linked pip instructions will show you how to do that.

Ansible can be installed with pip, the Python package manager. If pip isn’t already available on your system of Python, run the following commands to install it:

Here are ideas on how you might use Ansible and why you might recommend it to friends and colleagues.

As a computer geek, I tend to unintentionally collect computers. Sometimes they’re computers I rescue from the rubbish bin, other times they’re computers people give me as payment for helping them transfer their data to their newer computer, and still other times, it’s a small fleet of machines I manage for charity organizations lacking finances for a “real IT guy.” I can attest that anything from two to 200 computers is too many to set up and configure manually.

Ansible doesn’t just automate day-to-day tasks; it can also bootstrap hardware. You can find out how to set this up in two articles:

If bootstrapping bare-metal boxes seems arcane to you in the mythical “serverless” age, you might be more interested in managing containers with Ansible. Thanks to the Kubernetes (lovingly abbreviated as K8s) module, you can talk to your Kubernetes cluster through Ansible playbooks. Read more about it in my Ansible and K8s article.+

Of course, Ansible doesn’t talk only to K8s. There are many other cloud-related modules available, including ones for OpenShift, Atomic, Azure, Docker, Podman, and many other components of your open hybrid cloud (or, if you’re not that lucky, your proprietary one).

What’s the cloud without containers? Once you’ve got your cloud tasks automated, you’ll be happy to know that Ansible also can help generate the containers you need when delivering your applications or spinning up services. Tomas Tomecek guides you through the process in his Building container images with the Ansible-bender tool article.

The truth of the matter is that there wouldn’t be much to Ansible if it weren’t for its excellent collection of modules. Like third-party libraries for Python or applications for your mobile phone, the technical driver of all the useful and surprisingly easy tricks Ansible is famous for are the parts that other people have already figured out for you.

A complete index of supported modules is available on the Ansible website, but there are a lot of them. If you’re finding it difficult to know where to begin, read Shashank Hegde’s 10 must-know Ansible modules for a thorough overview of the most essential.

If you’re an admin for Linux and Unix systems, Ansible is an easy and pretty natural fit. But when faced with Windows systems, you might be a little intimidated. At this point, Windows doesn’t even ship with Python, much less OpenSSH, so there are obviously some adjustments you’ll have to make.

Don’t panic. Taz Brown and Abner Malivert step you through the setup process and some basic exercises to get you comfortable in Ansible for Windows admins. 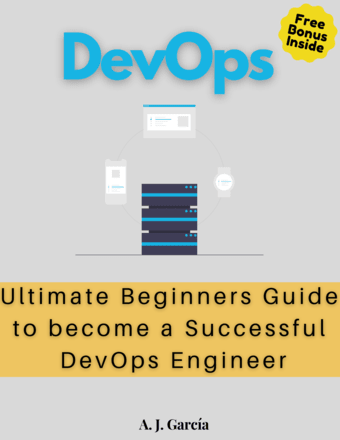 Ansible is a great automation tool for system and network engineers, with Ansible we can automate small network to a large scale enterprise network. I have been using Ansible to automate both Aruba, and Cisco switches from my Fedora powered laptops for a couple of years. This article covers the requirements and executing a couple of playbooks.

If Ansible is not installed, it can be installed using the command below

Once installed, create a folder in your home directory or a directory of your preference and copy the ansible configuration file. For this demonstration, I will be using the following.

To prevent lengthy commands from failing, edit the ansible.cfg and append the following lines. We must add the persistent connection and set the desired time in seconds for the command_timeout as demonstrated below. A use case where this is useful is when you are performing backups of a network device that has a lengthy configuration.

If SELinux is enabled, you will need to install SELinux binding, which is required when using the copy module.

The inventory holds the names of the network assets, and grouping of the assets are in square brackets [], below is a sample inventory.

Group vars can be used to address the common variables, for example, credentials, network operating system, and so on. Ansible document on inventory provides additional details.

Playbooks are Ansible’s configuration, deployment, and orchestration language. They can describe a policy you want your remote systems to enforce, or a set of steps in a general IT process. Ansible Playbook

Let us create a simple playbook to run a show command to read the configuration on a few switches.

The above images show the differences without and with the debug module respectively.

Let’s break the playbook into three blocks, starting with lines 1 to 4.

Lines 6 to 11 starts the tasks, we will be using ios_command and ios_config. This play will execute the show command show ip interface brief | e una and save the output from the command into the interfaces variable, with the register key.

Lines 13 to 15, by default, when you execute a show command you will not see the output, though this is not used during automation. It is very useful for debugging; therefore, the debug module was used.

The below video shows the execution of the playbook. There are a couple of ways you can execute the playbook.

Passing arguments to the command line

Credentials in the inventory

If we want to save the output to a file, we will use the copy module as shown in the playbook below. In addition to using the copy module, we will include the backup_dir variable to specify the directory path.

To demonstrate the use of variables in the inventory, we will use plain text. This method Must not be used in production.

Before we execute the playbook, we will first validate the interface configuration. We will then run the playbook and confirm the changes as illustrated below.

Hopefully this guide has given you more insights into Ansible and it’s multiple applications and you can use it on your day to day !!

Source: https://opensource.com/article/20/9/ansible
Automating Network Devices with Ansible - Fedora Magazine
*Ansible is a great automation tool for system and network engineers, with Ansible we can automate small network to a…*fedoramagazine.org

The historical backdrop of Debian and Ubuntu