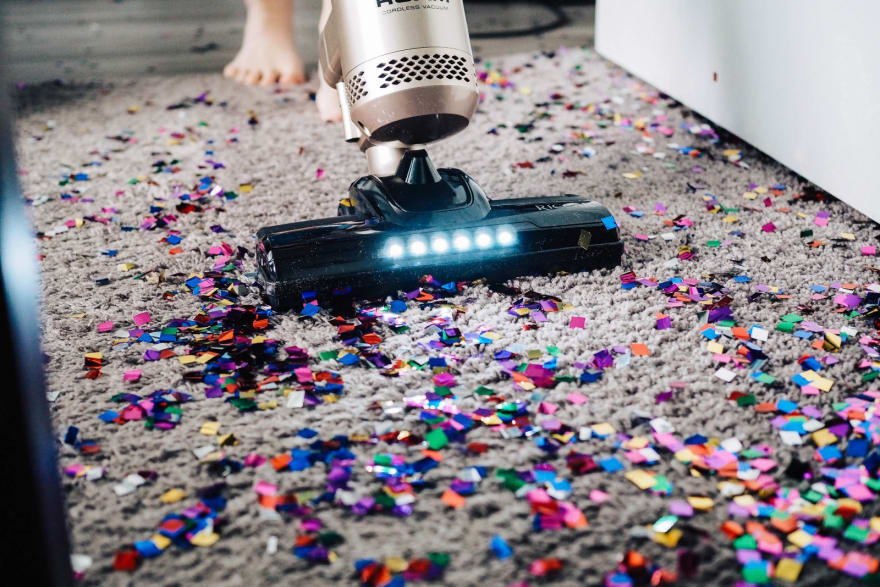 Photo by The Creative Exchange on Unsplash

This morning I had to improve a function we used in DeckDeckGo to recursively clean objects after persistence. Because I am currently quite busy but would not like to push my blogging habits too much on the side, I got the idea that this small "hack" would be a nice subject for a new blog post 🤗.

When you use Cloud Firestore, in order to delete specific fields from a document, you have to use the FieldValue.delete() method when you update a document (as displayed in the documentation).

For example, if your database contains a document such as the following:

You have to use the above method to remove it because setting it for example to null would not remove the attribute but “only” set its value to null .

Thanks to this method, the above document's example becomes {} in the database.

This method works like a charm but can lead to an issue. Indeed, if you are not refreshing your local object after its update, it will still contain the method FieldValue.delete() afterwards, which does not reflect its effective value in database.

Concretely, with our above example, if we would print out the user to the console, its output would be the following.

This can lead to some unexpected behavior in your application, if you are still using the object after its update, notably if it is a state.

To overcome this issue, one solution would be explicitly fetch the newly updated document from Firestore, what is also happening automatically if you have developed some polling to fetch the information or if you are using libraries such as AngularFire or RxFire.

This solution has the advantage to keep your objects in sync with the database but has the disadvantage to cost you an extra query.

Indeed, when you use Cloud Firestore, you are charged according the number of reads, writes, and deletes that you perform. Therefore, one more query can, according its frequency, leads to more costs.

That’s why I came up to the idea of cleaning recursively clean the method FieldValue.delete(), why I had the idea of a "hack" 😎.

The following function filterDelete iterates all keys of an object and identify these which have to be ignored (shouldAttributeBeCleaned ), these which contains the method FieldValue.delete().

If not ignored, then it recursively calls the function filterDelete for the current child und this until all children have been processed the same way.

In addition, as the reducer is initialized with an empty object {}, it also has to check if the effective value of the object is not empty in order to not add empty leaf to the accumulator.

Thanks to this function, I am able to achieve the exact same behavior as if I would fetch the updated document from the database.

The major limitation of this strategy is its dependency on the Firebase library. After each update, it is worth to check if it still works out as the detection of the method FieldValue.delete() may have to change between versions. It happened to me before, therefore be careful if you would use the function.

I can also recommend, if you would use it, to have a special attention on the error handling between the update and clean, because you may want to avoid the scenario in which the values of the local objects are not equals to their database value (“not in sync”).

You might notice some potential improvements in the above solution. DeckDeckGo is open source, therefore I would be more than happy to get your contribution to the code source of this function. It is still Hacktoberfest 2020 after all 😎.

Reach me out on Twitter and, why not, give a try to DeckDeckGo for your next presentations.

It deploys your decks online as Progressive Web Apps and can even push your slides’ source code to GitHub.

Everything New In React 18