On macOS, the window manager is pretty basic. You can move, resize, maximize, minimize and obviously close windows. On Windows 10 you can also snap to the edges, so windows resize automatically to take up half the screen.

There are some tools to improve this on *macOS. The two I have tried are *Moom and Magnet. And lastly I tried Rectangle as well. They are very similar in the way that they intend to solve the same problem, but they differ in some essential parts.

Moom is an app that sits on the top bar of the system (like the other ones). It provides the snap-to-edge feature, as Windows 10 does, being able to adhere the window to the upper, lower, left or right part of the screen.

Also when hovering the maximize button, it shows a tooltip:

This tooltip can do the same as snap-to-edge, but take a look at the first option. It can maximize the window like Windows does: maximizing but keeping the dock, the top bar, and so on. Then when hovering again, there’s an undo row:

That row can restore the window to its previous size. Pretty handy.

Moom’s killer feature is in preferences. In the custom tab, you can define actions including moving, zooming, growing, shrinking, and so on. Here are my two custom actions: 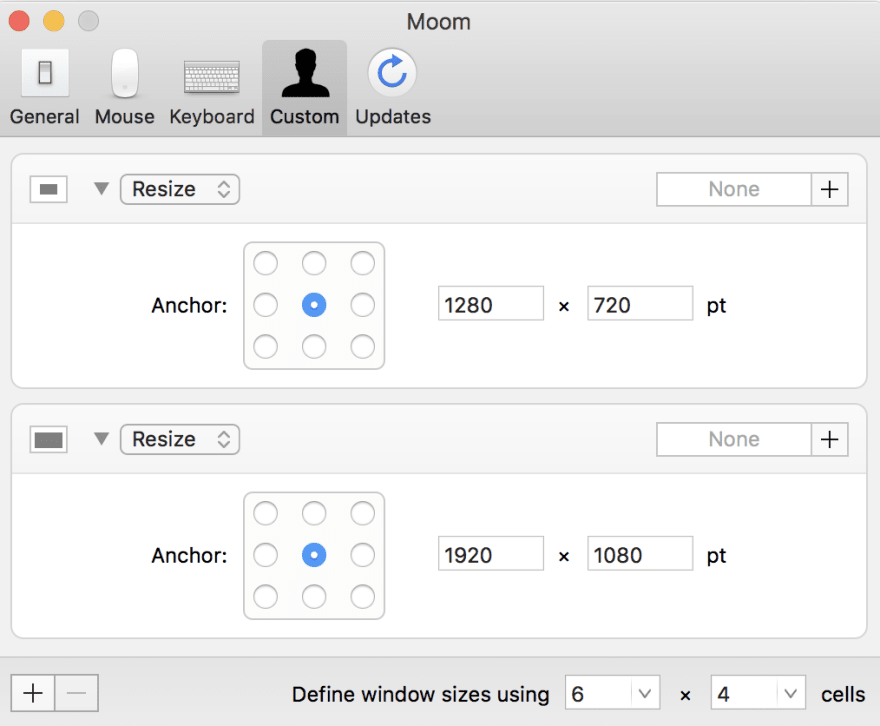 The first one resizes the window to fit in a 720p area, and the second one resizes to 1080p (Full HD). Both center the window too. This is very useful to record windows. Then when clicking the top bar icon, I get these actions as shortcuts:

But that’s not all. Moom supports window layouts snapshots. This means that it can record where is each window so they can be restored after a trigger. This trigger can be connecting a second display or just a keyboard shortcut. This feature makes this tool way more powerful than its rivals.

I see Magnet as a snap-to-edge tool, taken to the limit. 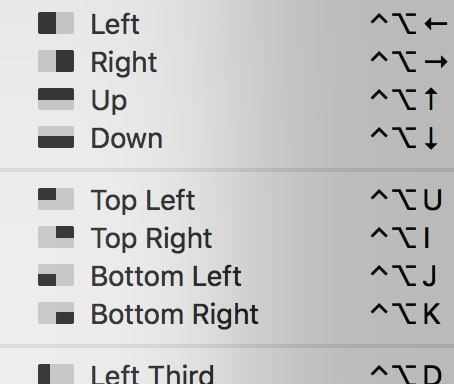 It gives a keyboard shortcut for every predefined action out of the box. It also supports snap-to-edge with the mouse.

And finally, it has three interesting options:

These three options are a bonus so we can maximize, restore and center windows, as Moom does.

Rectangle is the latest tool I discovered and tried, and it looks very similar to Magnet. In fact I think it’s better, since it’s free and open source, and it lets you customize the keyboard shortcuts:

Similar to Magnet, there’s a keyboard shortcut for every action. It even lets you snap to edges.

To conclude, what are the fundamental differences? How to choose one? Let’s be clear:

Worth noting that Moom and Rectangle also let you define a gap between windows (I know it’s just an aesthetic thing, but hey…).

How to learn to code FAST!

What are the most annoying things in the work of a developer?