Hi everyone, this article aims to demonstrate and instruct beginners in assembling a Docker image and, subsequently, in creating a container for a Ruby on Rails application. Good reading 😉.

How to install docker?

What is Docker?
In short, the Docker is a platform with a high level of performance that aims to create development environment management, committing to quickly provide complete environments for an application.

Imagine an image as a formless box, but with all the attributes necessary to become something.

Let's create an image to show in practice.

Let's create a file called Dockerfile with the following content.

We use FROM to instantiate the image we want to use as a base, in this case we will use the official ruby ​​image in version 2.5, this image can be found on the Docker Hub.

RUN is used to execute commands when starting an image instance, in this case we are running the apt-get command to perform an update and install nodejs.

And a Gemfile.lock file with the command in your console:

COPY It is used to copy a Gemfile from your current host to the image.

CMD The primary purpose of CMD is to provide standards for a running container.

We use the tag flag to name our image.

The . is used to search for a Dockerfile in our directory to generate the image.

List your images to see if they were created correctly with the command:

Docker Compose is a tool for defining and running Docker applications from multiple containers.

We used version 3.9 for the docker compose, and created two services called db and web.

We say when composing using a postgress image to create a container and we create POSTGRES_PASSWORD as an environment variable.

The volume refers to the area we want to share between the container and our machine. We say that the current directory is referenced by /app inside the container, and so we create a connection between them.

The ports refer to which host port will be mirrored in the container.

depends_on infers that the service will only be started when the instantiated one finishes its initiation.

After that the rails architecture will be downloaded to your current directory.

To create our database.

And so you will have a complete rails application running on a docker. 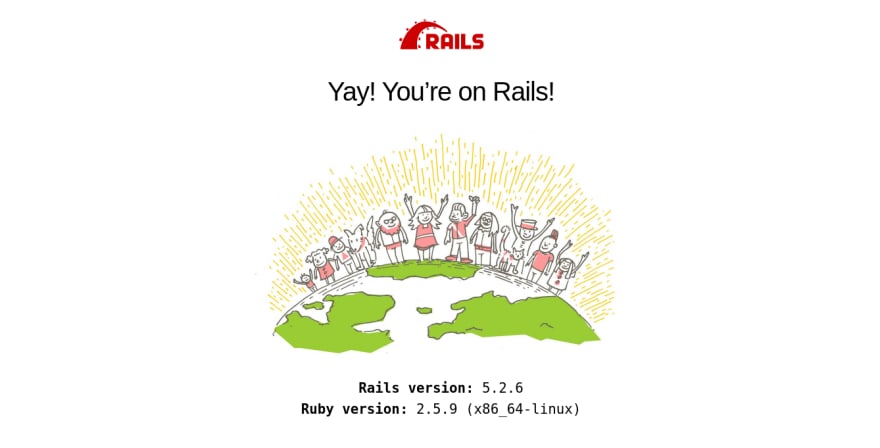 Time is very important, thanks for sharing a little bit of yours with me 😊.