Note: This article contains a partial potential solution for the freeCodeCamp Drum Machine project, so please avoid this for now if you're actively working on that project and don't wish to be spoiled!

If you haven't read part one of this post, you can find that here.

The first item to take care of here is to ensure that when a button is clicked, the requisite info flows from the child to the parent (from Button.js to App.js), and then from parent to child (from App.js to Display.js). That won't be so hard, right?

...clearly, I needed some work on lifting state in React that isn't coming from a form element. Let's examine the changes I made to the App.js file first:

First, I fully expanded the class declaration to include the state inside a constructor, and wrote out a test function for the click, using the more succinct arrow function syntax. Not doing so would have involved binding the calling context of the function using the much more verbose:

Next, I declare a handleClick prop for the button component:

...and modify the Button component:

The problem I ran into was that I knew at a high-level what I needed to do, but I didn't have much practice with this pattern outside of forms. Turns out, it's really not that different, and diligent searching for other examples where someone had the same problem pointed out the solution I needed, namely utilizing an arrow function with no arguments, and it works.

Next, I'll modify the code so that it updates the display on the click thusly:

Hmmm. Now that I look closely at the 4th user story for this project ("Within each .drum-pad, there should be an HTML audio element which has a src attribute pointing to an audio clip, a class name of clip, and an id corresponding to the inner text of its parent .drum-pad."), I can see that I'll have to modify the button element, since it currently isn't setup up to contain the necessary audio element that the project requires. This won't be a problem, I'll just change the button element into a div, and set all button specific styles to affect .drum-pad. I will have to add the audio files and a unique identifier to the data array, so I'll approach that by refactoring that into an array of objects.

One quick refactor later, the objects look something like this:

Note that I renamed the array from data to drumData. Now that I'm refining the details of the app, I want to make sure variable names are appropriately descriptive to make the code more readable. In a minute, I'll discuss another reason to make variable names less generic.

At this point, let's have a look at the changes to the render method in the App component, which consist of feeding the new props into the Button component:

...and the resulting changes to the Button component:

Note that I have gone with the convention of not giving props a name that deviates from their original variable name, but here I am calling the key prop drumKey. When I first set this component up, it was didn't work and the error in Chrome Dev Tools was complaining that 'key is undefined'. I had my suspicions of what was causing the problem, and a quick search on Stack Overflow confirmed that key is a reserved word in React. One quick renaming of that prop, and everything is working as intended! That takes care of User Story #4, now time to ensure that the audio plays on click.

This is uncharted territory for me. Somebody told me that to get this working, I had to eject from create-react-app and do all these complicated things to get the audio working, and that sounds.....not correct. Usually React doesn't need to mess with the DOM proper, but an element like audio is one of those cases. The relevant documentation starts here. And this shouldn't be too bad, and.....

You may not use the ref attribute on function components because they don’t have instances:

Oh. So. I'm refactoring the Button component, I guess?

Many, many hours later: 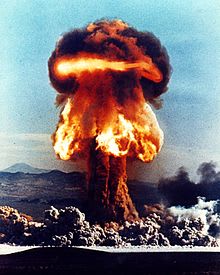 Sometimes a project reaches a point where it can't move forward without a near total overhaul, and this project has reached that point. Here's what got me into trouble here:

This is annoying, but I'm learning a lot that I clearly needed to know. Next time: I get it done!

I am a largely self-taught dev from the greater Boston area. The technologies I'm most excited to work with these days are React, Gatsby, and Apollo.

Document Fragments and why you should use them

6 Web Application Vulnerabilities and How to Prevent Them

Jest and the `--changedSince` flag in GitHub Actions CI

Michael Caveney
@dylanesque
I am a largely self-taught dev from the greater Boston area. The technologies I'm most excited to work with these days are React, Gatsby, and Apollo.
location
Boston, MA
joined
Sep 26, 2018
More from @dylanesque
How to Utilize the Gatsby Image API
#showdev #gatsby #graphql #webdev
How to Create a Gatsby Starter
#showdev #gatsby #react #webdev