before beginning a project it's important to organize our data first. As we already know we divide our dataset into 3 parts: training, validation and set.
We'll gather the data from a csv so we begin importing all the packages that we need:

For then having a quick look ad the dataset:

Now that we know our dataset it's time to divide them into training and test. To do so we first re-organize the data: 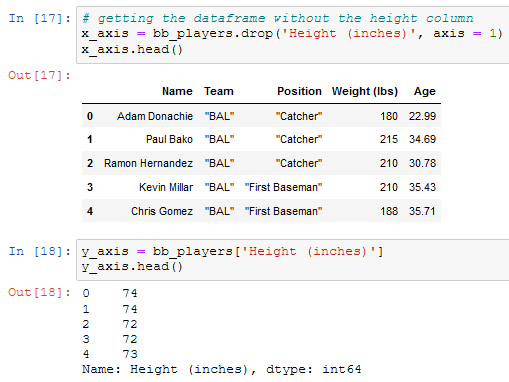 We can now split our dataset into the training and test sets using the dedicated scikit-learn function train_test_split:

One hot encoding is a way to classify our values that aren't numbers. In our dataframe about baseball players we have every player into a team, but a team is a string with specifics characters in it and machine learning works only with numbers.
With one hot encoding, we have to transform them into categorical features.
Before one hot encoding our dataframe would be similar to this: 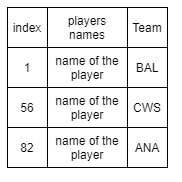 after having one hot encoded it it would similar to this: 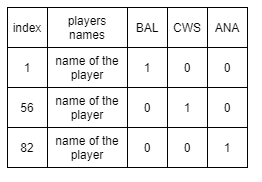 Now we can proceed with the one hot encoding, our code will be:

We first create the transformer using the dedicated function that takes as argument an array of tuples (in this case only one) where every tuple has the parameters of the name, the object, in our case the encoder, and the columns that we have put together into a list.
We then use the fit_transform function to concatenate all the results to put them into a variable.
the output of it will be similar to:

If we want to see what really happened we could do the same things but with the pandas get_dummies function:

Both the solutions will results in the same encoding that we need.

AS always, we begin importing our dataset, link here for then having a quick look at it 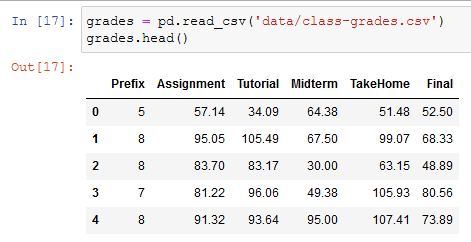 We can then concatenate two functions to know how many missing values are in the dataset: 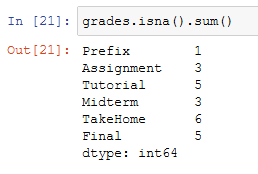 Now we have to split the dataframe into the x and y-axis into train and test for then being able to handle the missing values:

Now that our data is ready we can impute (filling) our data.
Our code will be similar to this:

Once imported the libraries we have filled on the average of every column (strategy = 'mean') setting the transformer for then creating an array with all the columns that we have to fill.
We can then create the imputer with the ColumnTransformer function that accepts as a parameter an array of tuples (same as before) where every tuple has three elements: a name, the transformer, and where to apply the transformer (the name of the columns)
Finally, we create variables where we transform and put the test for then checking our results.

this way we have our dataset filled with every missed value. If we would have any string we would have created a transformer similar to

to fill every inexistent string with missing.
A good article that goes deeper into ColumnTransformer is this one by machine learning mastery

Now that we know how to organize our data and how to handle missing values we can finally begin with seeing some models the next week. See you next time.

Why do you need a framework? Like PyScript and Vue