As Python grows in popularity, the variety of high-quality frameworks available to developers has blossomed. In addition to steadfast options like Django and Flask, there are many new options including FastAPI.

First released in late 2018, FastAPI differentiates itself from other Python frameworks by offering a modern, fast, and succinct developer experience for building reliable REST APIs. While one of the newer open-source Python frameworks available, FastAPI has quickly gained a following with over 22,000 stars on GitHub and an active community of maintainers working on the project.

In this post, you’ll learn more about FastAPI, and why it might be the right choice for your next project. You’ll see how to set up a new FastAPI project and use Okta to secure the API.

What New In FastAPI?

Unlike many web frameworks, FastAPI is built to support REST APIs first. As single-page applications become increasingly common, separate backends like those created with FastAPI are an essential part of web application architecture. With this in mind, FastAPI incorporates several features meant to support HTTP API-driven application development.

Next, FastAPI is, as its name suggests, fast. Python has historically tended to be slower than Node or Go because of the blocking, synchronous nature of the language; in Python 3, the option to declare functions async changed that. Some older frameworks aren’t built to support asynchronous Python, but FastAPI does. It’s built on Starlette, a lightweight asynchronous Python server, and it takes advantage of modern features like typing to improve developer experience.

Another feature implemented by FastAPI, but not necessarily common in the Python ecosystem, is dependency injection. The FastAPI framework uses type hints in your function signatures to find and inject the required dependencies. This allows you to write decoupled, reusable code, making unit testing much easier as dependencies can be swapped out at runtime.

Finally, while FastAPI comes with many of the features you would expect in a REST API framework (like data validation and authentication), it lets you choose your ORM and database of choice. This means that FastAPI can work with your existing data models if you’re migrating from an existing Python application.

While FastAPI is an excellent option for building REST APIs in Python, it’s not perfect for every situation. If the system you’re building relies on Python 3.5 or any earlier Python framework, you won’t be able to use FastAPI. FastAPI also isn’t a great choice if you’re building a server-side web application that needs to display HTML, as it doesn’t include all the view helper functions that full-stack frameworks like Django do.

You can all use fastapi[all] 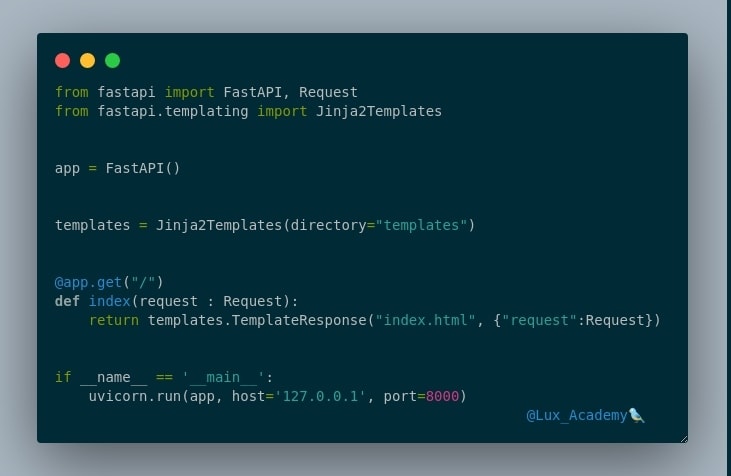