An Internet Protocol camera, or IP camera, is a type of digital video camera that receives control data and sends image data via the Internet. They are commonly used for surveillance but unlike analog closed-circuit television (CCTV) cameras, they require no local recording device, only a local area network. Most IP cameras are webcams, but the term IP camera or netcam usually applies only to those that can be directly accessed over a network connection, usually used for surveillance.

Some IP cameras require support of a central network video recorder (NVR) to handle the recording, video and alarm management. Ant Media destructive approach changes this definition because it is using a normal server hardware and support cost is relatively low compare to NVR. Also if NVR has a tech problem, it is a big thing but Ant Media Server Case is pretty practical by changing an OEM part. 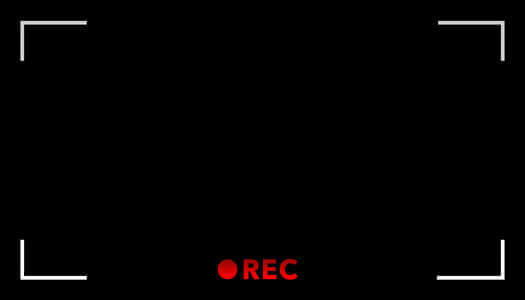 There is another very important Protocol at IP camera World which is RTSP. RTSP stands for Real-Time Streaming Protocol, a network protocol for streaming the videos in real-time. … In such sense, an RTSP IP camera is capable of streaming live videos on RTSP-compatible media players such as VLC media player, QuickTime.

The incompatibility between RTSP IP Camera and Web Browsers is a headache. We need to use some third-party plugins for web browsers or use some native applications to watch the IP Camera. It absolutely doesn’t feel comfortable. Luckily, Ant Media provides 2 ways to make RTSP IP Camera WebRTC (Web browser) compatible and directly you can have the stream from browser.

WebRTC is supported by Web Browsers (Safari, Edge, Chrome, Firefox, Opera) natively. If we change the RTSP stream to WebRTC then RTSP IP Camera can playable on Web Browser. So let me give more details how it happening.

Watching RTSP IP camera is also scalable which means Ant Media Server can pull stream from IP Camera once and provide many viewers to watch it. In other words, Ant Media Server just multiplexes the IP Camera’s RTSP stream to WebRTC Stream.

The emergence of thermal cameras and the penetration of IoT in video surveillance have led to a steep rise in the demand for Internet Protocol (IP)-based camera systems. The increased adoption of these cameras in commercial buildings and the need for security in residential applications coupled with the rising trend of smart homes are expected to drive the IP camera market over the coming years. Residential security is a major concern among homeowners owing to the escalating rate of home burglary and squatting. The growing number of smartphone users and the availability of attractive installment policies for security solutions are driving the residential market.

The key benefits of these cameras are remote video surveillance, intruder alarms, access control, and perimeter surveillance. With the growth in fast pace living within cities and the aging world population, surveillance at home has become ubiquitous in ensuring comfort and safety. Ant Media is adding value for IP Camera producers with embedded SDK products. It is also enabling P2P connection. Normally we will need additional application or software for residential camera but the use of embedded SDK of Ant Media server will let the users seeing the video directly from internet instead of going thru a server. 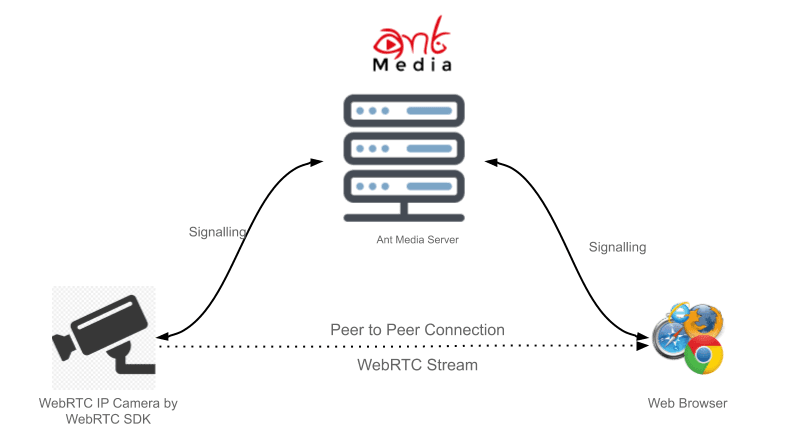 Interactive product releases and new product launches coupled with ongoing research & development (R&D) and innovation activities in the camera and networking technology are some of the key strategic initiatives adopted by market players. Remote monitoring, easy installation, cost-effective, and limitless storage capabilities have boosted the adoption of cameras across various industry verticals. Improvement in storage device capacities, such as server virtualization, decentralized storage solid-state devices (SSD), and adoption of H.264 Advanced Video Coding standard, will drive the growth of the market.

Users can view videos and images through any computer connected to the Internet (WAN) or within a local network (LAN) from anywhere in the world. These systems allow a higher degree of scalability and flexibility compared to an analog closed-circuit CCTV camera. In that sense ,we are happily announcing that Ant Media has launched with its new version 2.1 with H625 support in WebRTC stack to provide better quality with the same bitrate.

If you have any questions or comments, just send an email to contact at antmedia dot io or fill the contact form.

You may want to check out What is Transcoding? blog post.

Build a Multi-Step Form in Vue in 5 minutes.

Once suspended, hamitdemir will not be able to comment or publish posts until their suspension is removed.

Once unsuspended, hamitdemir will be able to comment and publish posts again.

Once unpublished, all posts by hamitdemir will become hidden and only accessible to themselves.

If hamitdemir is not suspended, they can still re-publish their posts from their dashboard.

Once unpublished, this post will become invisible to the public and only accessible to Hamit Demir.

Thanks for keeping DEV Community 👩‍💻👨‍💻 safe. Here is what you can do to flag hamitdemir:

Unflagging hamitdemir will restore default visibility to their posts.