I’ve just got back from my first AWS re:Invent, it was exciting and busy and I learned a whole lot. This post is about the key things I learned about new releases, other companies experiences and company culture.

If you'd like to read about the experience of being there, getting through the crowds and surviving the biggest Cloud Conference of the year, check out this post: 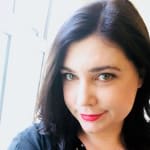 My strategy when approaching the re:Invent schedule was to prioritise the hands-on and keep Sessions and Keynotes for later. My favourite experiences at re:Invent were the Builders Sessions and Workshops. Getting to talk to the Engineers who are working on Redshift and Aurora was so valuable.

That being said, I've been tackling Sessions I either got to in an Overflow room or put in my playlist for later. These are the best of the best of Data, Analytics and Leadership Sessions from re:Invent 2019.

Technically announced before the conference, this "pre:Invent" announcement changes the game for Athena users.

The first of a series of talks on Redshift, the team from Warner Brothers showed how they converted their traditional warehousing architecture into a "Lakehouse". This new functionality allows users to ingest data into Redshift or operate directly on an S3 lake. The best of both worlds.

The Warner Bros team talked us through their shift to the Lakehouse model to take advantage of the power of Redshift in combination with Presto and Spark for overnight processing with Lambdas sending data between systems.

The team from Yelp showed how new Redshift functionality and bringing compute closer to storage improves performance. They showed how small changes to architecture and the Redshift set up makes a difference to performance.

Announced pre:Invent, Query Priority lets you assign a priority to each Redshift queue. We can now prioritise mission critical workloads and deprioritise long running exploratory queries that can afford to wait a bit longer.

The team from Nasdaq presented their Big Data architecture and the journey to their current state. The team were hitting Redshift's hard limits, longer load times and dealing with unhappy users.

Moving to Athena worked in the short term but due to complex queries didn't help with performance. They then engaged the AWS Data Lab for a custom solution. This highlighted quick fixes and recommended multiple Lakehouses to take advantage of Redshift and S3.

I attended this session as I had some time at the Venetian. It ended up being one of the best of the week and highlights how Technology can't succeed without Team Culture.

The takeaways from the talk related to the need for Operational Accountability from all levels and the need to create a safe space for those in Operations teams.

Biases in AI and ML

This fireside chat was held to discuss how whatever you think about the world influences your model.

The discussion was lively and raised important talking points that everyone involved in building models should be aware of:

The Sony team uses streaming technology to evaluate every purchase on their network and prevent fraudulent logins.

The final architecture took the best of batch and streaming processing to reduce time to resolve. A sign that Batch Processing isn't dead yet.

In this talk Adrian Cockcroft, VP Cloud Architecture Strategy at AWS and ex-Netflix distills what he has learned about Leadership.

Not all of us can expect to operate like a tech giant but the takeaways were thought provoking.

“If you want to build a ship, don’t drum up the men to gather wood, divide the work, and give orders. Instead, teach them to yearn for the vast and endless sea.”

Streaming Data in One Year

GoDaddy went from architecting to BAU of a streaming Data Platform in just one year.

In this talk they discuss the challenges when integrating Kinesis for integration with other infrastructure.

DAT359 - How Amazon.com migrated its applications from Oracle to AWS databases

Amazon has been in the press recently to celebrate Database Freedom and the migration of over 7500 databases to AWS. I was particularly interested in their methodology as I've been busy doing database migration myself. They also faced some of the issues I had when using the Schema Conversion Tool and Database Migration Service. This was comforting, it's not just a 'me' problem. They've used this to build out the Migration playbooks to better support those going through a similar journey.

That sums up what I enjoyed and took away from my re:Invent experience. Some interesting learnings not only on the Data and Analytics world, but team culture as well.

What were your favourite sessions? Are there any more you think I should check out?

AWS Series: From A to Z

Photo by Pixabay on Pexels

An Upgrade: Part 1 — Devising an Approach

An Upgrade: Part 3 — Querying a Data Lake in AWS with Amazon Athena