No one likes having to refactor procs, carry over legacy objects 'just in case' and translate from one syntax to another. The AWS Schema Conversion Tool promises to take a lot of the pain out of migration. Here’s how it works at a high level: 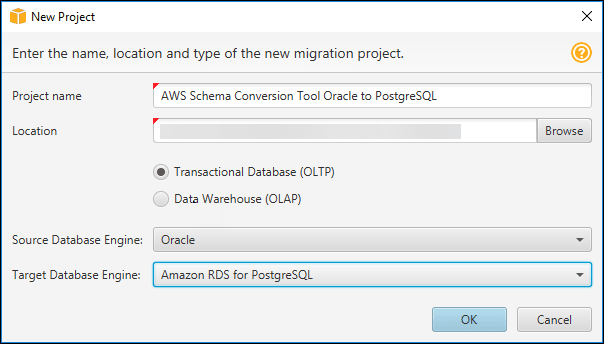 Prerequisites: Your new Amazon RDS or Aurora instance is deployed and the necessary drivers have been installed. This takes a few clicks from the AWS console.

Once you've got everything up and running pick your source and target database types. The tool currently supports a number of database sources and Aurora and Redshift as a destination.

Limitations
You cannot use Redshift as a source if you are moving data into an Aurora database.

Step 2 - Connect to both the origin and destination servers

Step 3 - Select the database you would like to analyse

The drivers will then examine all of the objects in that schema, including the schema itself, tables, views, procedures, functions, and packages.

It will convert as much as possible automatically and provide detailed information about items it couldn’t convert. The report can be saved as a .csv file or a .pdf file for review. 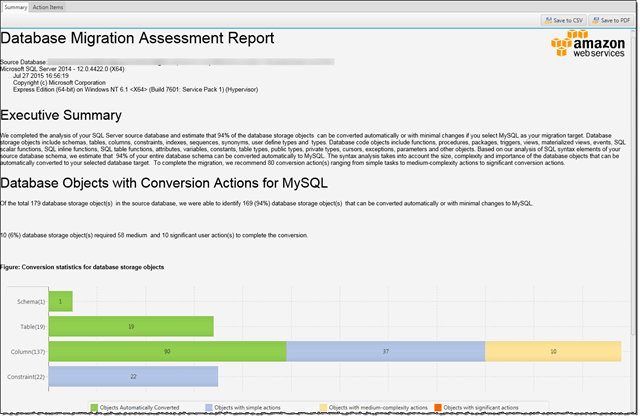 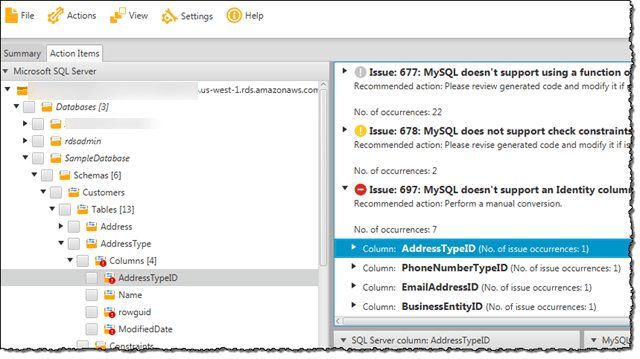 When ready to commit, right-click and select 'apply to database'.

You can now go to your new Amazon RDS and refresh the database to pull over your work.

Migration of the data can also happen at this point if the necessary drivers have been installed, or you can then use the AWS Database Migration Service. 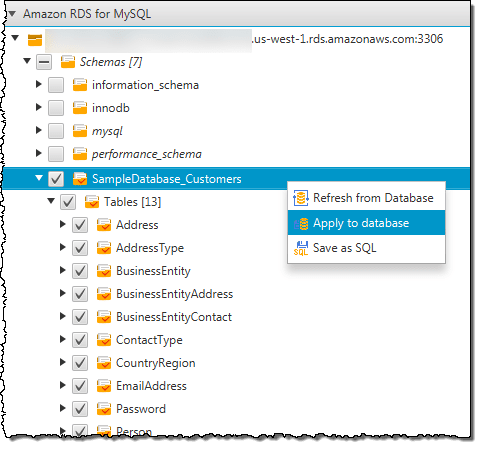 And that's it. Incredibly easy to use and a massive time saver when it comes to migration, so you can spend more time upskilling users and less time tinkering with scripts and schemas.

Read more about the tool in the AWS documentation.