I've been working on database migration, it's going surprisingly smoothly given all the moving parts. The AWS Database Migration Service promises to take a lot of the pain out of migration, here's how it works at a high level.

What is it? Why do I need it?
Getting set up
Create a Task using the UI
Use the rules to Select
Transform
Create Task
Additional Resources

AWS Database Migration Service (AWS DMS) is a web service that allows you to migrate data from one database to another. In AWS world these are called endpoints. You can move database objects from the same kind of database engine or a different database engine. The only requirement is that one of them needs to be an AWS service.

With that out of the way, this is how it works and how I found the experience.

Step 1: Getting set up

To get the ball rolling you need to set up a replication instance.
There are some decisions to make based on your use case that you can read about in the documentation but the console makes this a straightforward process.

You then need to create the endpoints. The source and target data stores can be on an EC2 instance, an RDS instance, or an on-premises database. This can all be done using the wizard from the AWS console.

The good thing about using this service is that you can use the UI to run your tasks. This part requires you to specify the database endpoints and a description. 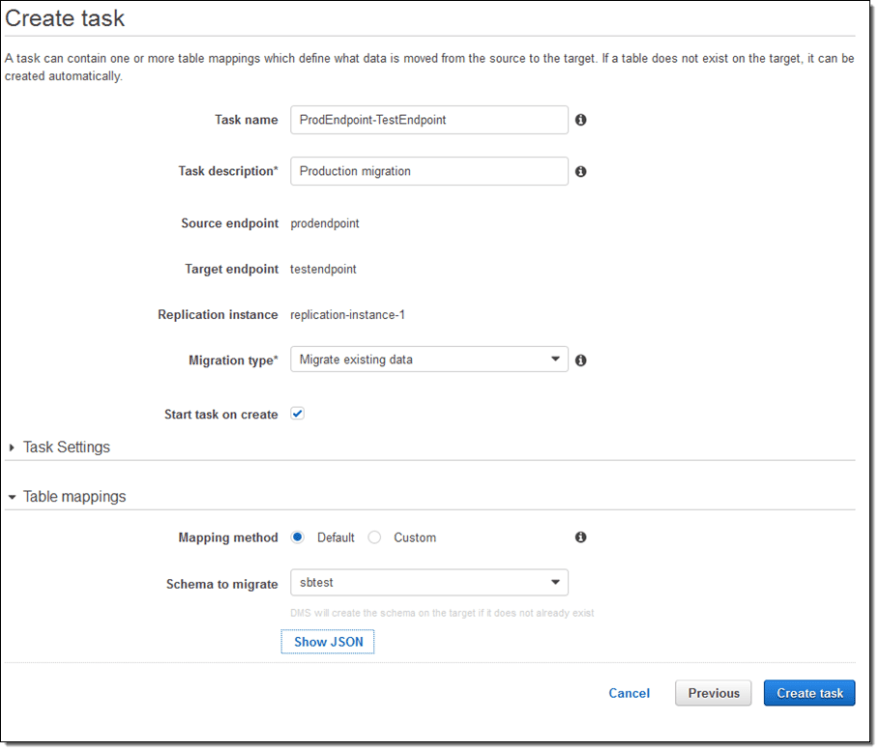 Step 3: Use the Rules to Select

Use the Selection rule to isolate which table or group of tables you want to migrate: 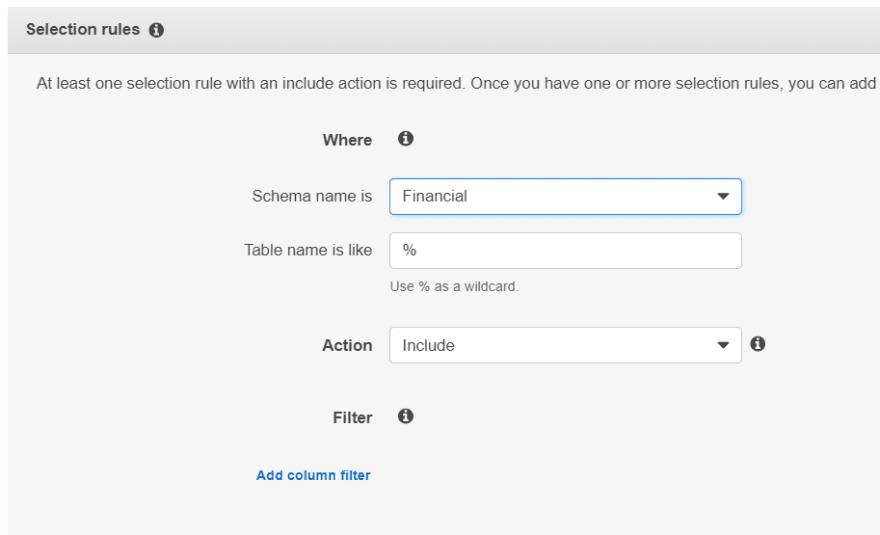 Use the Transformation rules to make sure the data lands as expected. Options here are to make changes at Schema, Table and Column level

When you select 'Create task' the task runs and gives you a progress report from the main screen.

If you make a mistake you can select 'Modify task' from the main dashboard screen and rerun the task with your changes.

4 Ways to Calculate a Running Total With SQL

Event Tracking and Analytics via Ruby on Rails, DynamoDB (with Streams), Kinesis Firehose and Athena and CloudWatch Dashboard!