DEV Community is a community of 617,591 amazing developers

From early computers, to wartime inventions, the beginnings of the internet and beyond. Women have always been innovators in technology and science breaking down barriers in the process.

In honour of International Women's Day, I've chosen to highlight the women who inspire and influence me. Over the next couple of weeks, I'll be showcasing ten women who #ChooseToChallenge, open doors for others, and have changed the world.

The second woman in my series is geochemist Katsuko Saruhashi. Katsuko is known for her discoveries in geochemistry, and for paving the way for women in the field by advocating for them and their work. 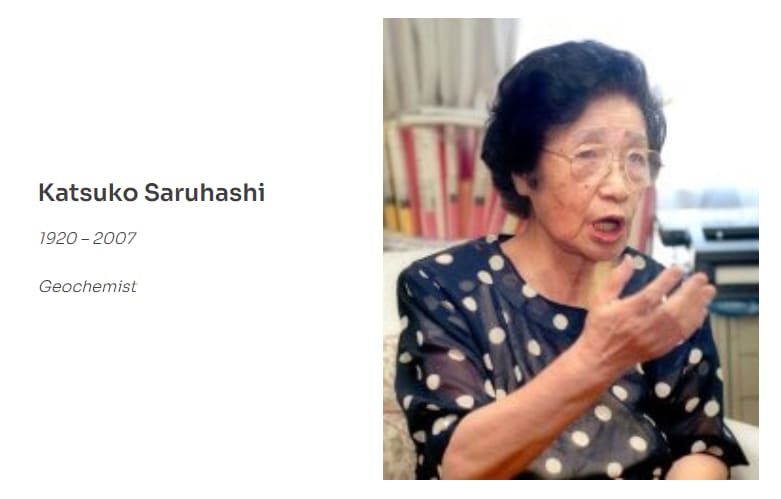 Katsuko researched and made groundbreaking discoveries bringing attention to the effect of nuclear fallout and CO2 in oceans. There was controversy around her research at first as it was originally thought the fallout would disperse evenly through the ocean. The US Atomic Energy Commission had her come to the USA to repeat the experiments and compare methods. This research was so groundbreaking it became the global standard. It also contributed to putting a stop to nuclear testing in the Pacific.

Not only did Katsuko earn a PhD in chemistry, the first for the University of Tokyo, she also received Japan’s Miyake Prize for geochemistry, the Avon Special Prize for Women for promoting the peaceful use of nuclear power, and the Tanaka Prize from the Society of Sea Water Sciences.

Through her success, she gave back by creating the Society of Japanese Women Scientists and the Saruhashi Prize to recognise the achievements of women in science.

“I would like to see the day when women can contribute to science & technology on an equal footing with men.”

Katsuko's work is particularly important as we learn more about how we are affecting our environment. As a New Zealander growing up in the 1980's nuclear testing in the Pacific was a hot topic. Thanks to Katsuko the world has had to think more critically about climate change and the important role women play in science and technology. Check out the links for more about Katsuko's work and legacy.

20 Fantastically Bad Predictions Made About Computing and Technology

My journey to landing my dream job at Amazon