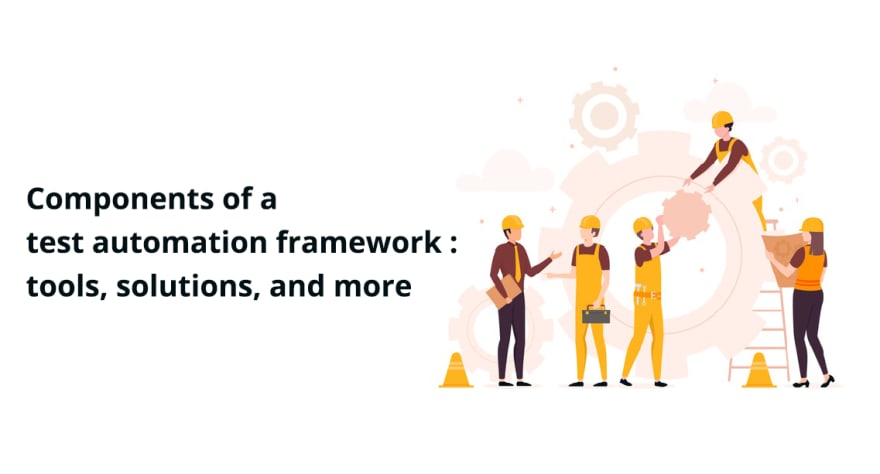 In today's competitive business environment, software development teams are always expected to perform efficiently to deliver high-quality products with fewer resources in a given period of time. When companies fasten their budgetary belt, software testing is often given a short shrift over considerations of quantity and revenue maximization. Software that does not perform as promised or resolve real business challenges, inflict an economic toll on businesses. Half of the software development projects fail to meet the business objectives or experience budget slippages due to the late identification of glitches. All these factors result in a substantial percentage of "defect leakage" in production while causing poor customer experience and ROI.

Only a time-to-market solution would help to address such challenging situations in software development projects – by implementing a robust QA process through test automation framework.

Automation helps to identify issues, which often go unnoticed during manual testing such as hard coding or spelling mistakes. Automation also removes repetitive tasks and enables the team to focus on more challenging scenarios. Also, the test automation framework minimizes the maintenance costs and testing efforts to provide a higher return on investments for the QA teams to optimize the Agile processes.

The automation framework helps an organization to follow a single standard of doing things. It is defined as the organized support structure within which the suite is developed and implemented by utilizing some specific tools. Here, the selection of the right tool is crucial to ensure success of a project. However, the selection of tools depends on several factors such as comprehensive testing requirements, cost of the tool, available skill sets in the organization and the technology stack that needs to be tested. As the process of selecting tools is critical, the factors to be considered here include:

Selenium: It is an open-source tool for automating web-based applications.

Watir (Web Application Testing in Ruby): It is a part of the Ruby family but is an open-source tool that is used for automating the web browsers.

GEB: It is an open-source software offered by Groovy.

QTP: It is a powerful tool licensed by HP to test desktop and web applications. It is not free and is only available through concurrent or single seater floater licenses.

Why is framework test automation necessary?

A framework is described as a "single standard” of performing things. The following steps are listed as the common practices of a test automation framework based approach:

The creation of test library follows a standard development process with proper documentation and a well-defined process. It is ideal for team communication, artifacts creation, and library versioning.

Various business components, data checkpoints, system communications, and reporters should be maintained across a standard scripting library, which can only be possible with the help of a test automation framework. The automation framework helps the project team to follow a defined scripting standard while eradicating duplicate coding.

Encapsulation from critical codes and complexities

A framework helps engineers to avoid complexities and critical code aspects as they are only exposed to the implemented libraries.

Input data stores such as Excel and XML files are separated from automation test scripts. Only the input data gets modified for testing with several input values.

Established or published libraries help to maintain communication across the organization or the project team.

A test automation strategy facilitates to establish a single standard across the organization. This helps companies to follow a standard procedure unlike the pre-empted ad-hoc ones, which yield no substantial results.

The product requirements are gathered from an overall perspective of the company (such as the product suite on Java and .Net.) Thus, the automation framework helps to create reusable components such as system communications, loggers, and reporters. This overall coverage of test automation solutions reduces the testing effort of the team during the later stages of the product suite development.

A test automation framework becomes important in today’s software development and testing lifecycle where identifying glitches quickly is the need of the hour. The framework should be robust enough to be implemented at any stage of the SDLC.

Find The Best Node.js Developers for Your Team