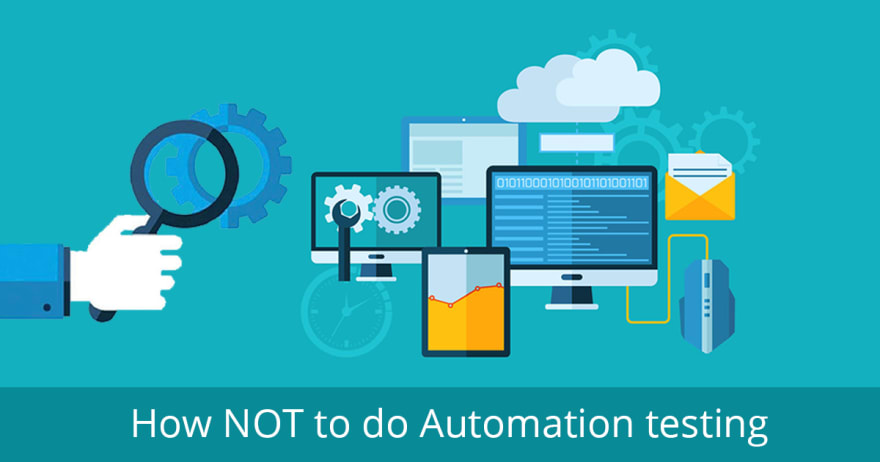 When the quality of software application has become the sole determinant in delivering a great user experience, quality assurance assumes an increased salience. The traditional way of software development may cause many glitches to go unreported. This is where automation testing becomes a critical factor. It facilitates execution of a slew of testing processes like regression, smoke, functionality, etc.

Furthermore, in the Agile and DevOps driven Software Development Life Cycle, deriving quality outcome in the shortest possible time is underpinned on the success of automation testing. However, test automation is not a be-all and end-all process, for it needs to be applied only where it is needed. This is due to the fact that automated testing can be a costly proposition to begin with. It requires the right tools, qualified testers, and considerable time and effort to develop the right test infrastructure including the test scripts. Each test script needs to be designed, coded, and tested before implementing. Since so much is at stake when it comes to planning and implementing QA automation testing, one needs to consider certain things that should not be pursued while planning a test automation strategy.

Things to avoid during planning an automation testing strategy

Using the wrong tool and layer: Today’s web applications have both frontend and backend to facilitate seamless functioning. The backend, on its part, comprises many REST APIs that are easily accessible. However, a large number of test engineers use a cumbersome method of validating the application’s functionality at the UI level. API testing can be simplified using tools like Rest-Assured and Karate. Since the number of new bugs is more than what could be found during regression testing, one should not wait for an added feature to become stable and fully developed. Let us understand there is a higher chance of finding a bug as and when a feature is added. Also, it is better to conduct testing in parallel with the development process for better coordination.

Choosing any automation testing approach would need doing away with the pitfalls as discussed above. The entire testing exercise should be a combination of both automation and manual testing. It is only when test automation is implemented right at the beginning of the Agile based development process that the outcome can turn out to be free of glitches.

Importance of Jenkins in Test Automation