The title is a bit tongue in cheek, but I do have two serious suggestions and wanted to see what people thought!

The idea is a tag that you can add to your posts that says "I am open to criticism, in fact I welcome it". (or better yet a checkbox you can tick when creating an article so you don't have to waste a precious tag!)

This lets people know that they can make suggestions to your posts or even call you out on things you have gotten wrong and you won't delete their comment as it offended you.

You see for me I find I learn best when I make an assertion ("The Earth is flat") and someone calls me out as an idiot and shows me a load of information that proves me wrong.

Thanks to people correcting me I now believe, like most people, that the Earth is a sphere (although some girl keeps trying to tell me the Earth is actually an oblate spheroid! I mean she doesn't seriously think I am going to fall for that doe she? 😉)

Now I am not actually suggesting we use "#ComeAtMeBro" but something more inclusive, slightly less combatitve and more descriptive like "#OpenToCriticism" or "#AllCommentsWelcome". (Although I have to admit the child in me really wants to see a feed scattered with #comeAtMeBro tags!!).

This idea was brought about after a few comments I made got deleted, but in particular after I posted a comment on this article (go give the author some love as they are the sort of person we need writing on this site!!): 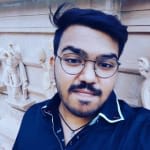 What is Virtual DOM? How Virtual DOM works ? What is Reconciliation ? What is diffing algorithm? What makes React so fast ?

My comment was deleted (the "tone" of my comment did look like I was attacking the author to be fair). Now luckily I reposted with a disclaimer at the start to say I enjoyed the article and the author left it up, but it made me wonder how many good comments (not trying to be big headed 😋) get deleted as the author is offended by them.

I may be part of a dying breed but I would prefer you call me out on being wrong so that I don't spread misinformation. (something dev.to sadly has a lot of, without any mechanism other than comments to point out incorrect information it is down to people to do their own fact checking....and I am sick of looking like an a$$hole when I try and point it out...I promise I am not actually as much of an a$$hole as I appear to be in my comments! 🤣)

Anyway that is idea one, a tag for people who want to engage with people who disagree / they can learn from! That leads me nicely on to idea 2:

2. Sort by most commented

Now this one I imagine will be more popular, I can't be the only one who wants to see "where the action is at".

I might have missed it but as far as I can tell there is no way to sort posts on dev.to by "most commented".

Now personally I think the comments are where the real magic happens most of the time.

Someone will make a one line suggestion that completely changes the way you think about something.

I also find it a great way to "get a barometer" of how people feel about something.

There are some great insights into the problems we have in accessibility and inclusion, the sort of knowledge that I find invaluable! Now the post itself was only mildly popular (which is fine) but the discussion was lively and interesting and full of great ideas. Because it only got about 1.1k views some people may miss it who like to "get stuck in" and people who want to add to the discussion might just pass it by.

On the flip side if an article has 200 likes and no comments it makes me think it is a good resource to bookmark but not something that I can "get involved with" (which is great to add to my reading list but not something I might want to engage with now depending on my mood!)

More than anything though, I like a "good fight", by which I mean a productive and well structured argument between two people with opposing viewpoints, not a slanging match! Lots of comments normally means "a healthy debate" is going on (and I am aware of the #healthydebate tag, but a lot of the good debates happen where they are not intended!)

A "good fight" can really be an eye opener no matter which side of the argument you personally agree with, especially when people smarter than me are arguing those points!

So that is why I want an "order by most commented" option as I think it points to interesting and entertaining articles as well as seeing where the interesting discussions are.

That is it, I only have two ideas floating around in my empty skull at the moment!

I look forward to seeing what you all think!

The Problem with Feature Branches

InHuOfficial
Specialising in accessibility and website load speed / performance. Proud to be part of the awesome team over at daily.dev
So I got a job 🎉...and I am as shocked as you are! 🤯
#watercooler #writing #career #webdev
I Am Warning You Don't Click!
#watercooler #discuss #html #meta
It *IS* possible to get a voice here! [tips to grow on DEV.to + a mini rant!]
#writing #discuss #watercooler #meta