All my articles are first published and hosted on my blog, but you may also find these articles posted on blogging platforms such as DEV.to and Hashnode. If you like my articles, you will also like what I share on Twitter and LinkedIn.

I am of the opinion that the term 'full-stack' is too often misunderstood and is in need of a replacement.

This article focuses on the problems faced with the term 'full-stack', rather than the developers themselves.

Full-stack relates to a developer who's expertise touch on the entire stack of an application - whether this is front-end, backend, pipeline or automation testing. However, they are not entire experts in any field, although they may have a preference for which area they enjoy the most.

Full-stack Developer is a title a lot of developers aspire to be, but not me.

Why is 'full-stack' problematic?

This sounds ridiculous, right? But this is what the term 'full-stack' is often misinterpreted as. In my opinion, it can be quite toxic in terms of, developers who are specifically front-end, backend, pipeline and/or automation testers are put at a disadvantage when compared to this misinterpreted term of a 'full-stack' developer.

If you have an application that needs UI, UX and accessibility to be of the best quality, ideally you would get a front-end developer to do it. Similar on the backend, (forgive my lack of understanding on the backend) if you need someone to do some really good database normalisation or to create some really clean API endpoints, you would ideally get a backend developer to do it. 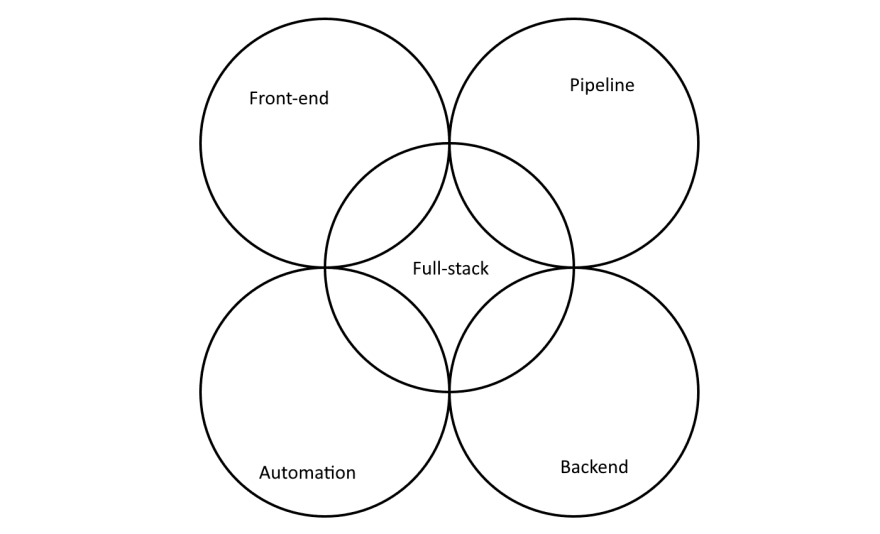 The above diagram is not an accurate representation of my view on a full-stack developer, because ultimately every developer is unique, therefore the central circle could be shifted towards either end and/or it could be morphed/squished, etc. But the diagram shows a clear representation of the difference between a full-stack developer and developers who are specialists in their specific fields.

What is better than 'full-stack'?

Lots of developers aspire to be full-stack, but I don't. I aspire to be a T-Shaped Developer. The name isn't as catchy but it has a more realistic meaning than 'full-stack'.

The long vertical line acting as a body is your area of expertise - the area you are most skilled at and enjoy the most. For me, this would be front-end development.

The shorter horizontal line acting as a hat is areas you know, but not as well - the areas you have touched on and have a decent understanding on, but may not necessarily know fully like an expert would. For me, my hat is fairly small because I am working towards learning some more backend and automaton.

Again, this is not a fully accurate representation since every developer is different and unique, but I definitely feel 'T-shaped' is a more realistic term than 'full-stack'.

Below is a representation of what I feel my own T-shaped knowledge may look like. My main area is front-end and front-end technologies but I have also touched on areas such as C#, Selenium and automation. 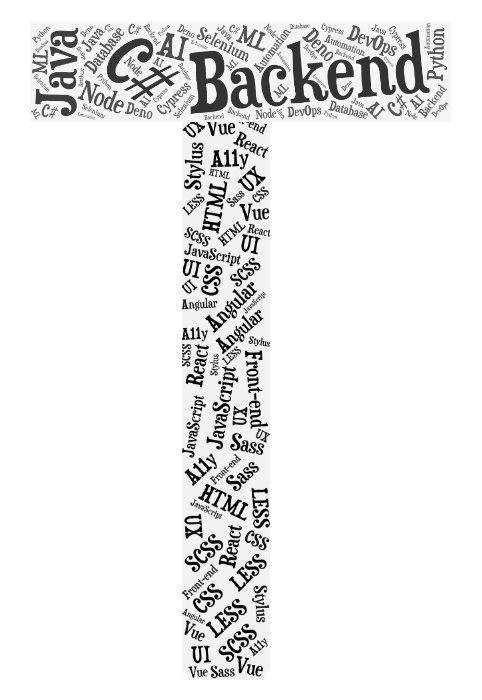 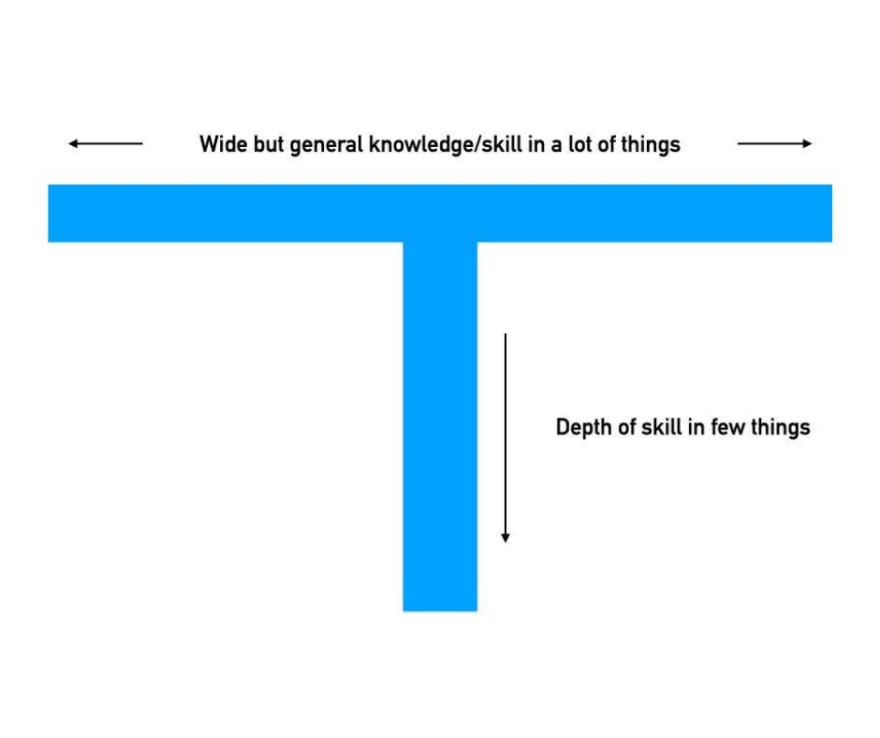 #CodeNewbies Have you heard about 👇

As your career progresses, you'll start to become a "T-shaped person."

A T-shaped person is someone who, like the letter "T" is visualized, has a wide but shallow knowledge and experience about a lot of things.

Will Low-Code steal your job?

Once suspended, jackdomleo7 will not be able to comment or publish posts until their suspension is removed.

Once unsuspended, jackdomleo7 will be able to comment and publish posts again.

Once unpublished, all posts by jackdomleo7 will become hidden and only accessible to themselves.

If jackdomleo7 is not suspended, they can still re-publish their posts from their dashboard.

Once unpublished, this post will become invisible to the public and only accessible to Jack Domleo.

Thanks for keeping DEV Community 👩‍💻👨‍💻 safe. Here is what you can do to flag jackdomleo7:

Unflagging jackdomleo7 will restore default visibility to their posts.