DEV Community is a community of 555,948 amazing developers

Here is some example code from a Rails controller in the widely-used Discourse forum software:

Now, if you’re looking at this code coming from a JavaScript/TypeScript background—or a number of other programming languages—the first thing you might immediately think is:

Where are all the import statements??

That’s right, there’s nary an import statement to be found! Where does ApplicationController come from? SiteSetting? Badge? Heck, even MultiJson? How is this all just accessible without requiring it somehow?!

Ah my friend—welcome to the wonderful world of Ruby autoloading.

How to Acquire an Instinctual Hatred of Explicit Import Statements

Step 2: go peek at the top of a file written for virtually any large NodeJS framework.

Look, I don’t mean to pick on poor JavaScript. When you’re trying to write performant code for eventual download to a browser where you need to keep the bundle sizes lean and mean, you want to import and export and tree-shake and chunk-split and do everything you can do to avoid megabytes of unnecessary code clogging up the wires.

But riddle me this: why do you need 20 import statements at the top of a file…in a server environment?? 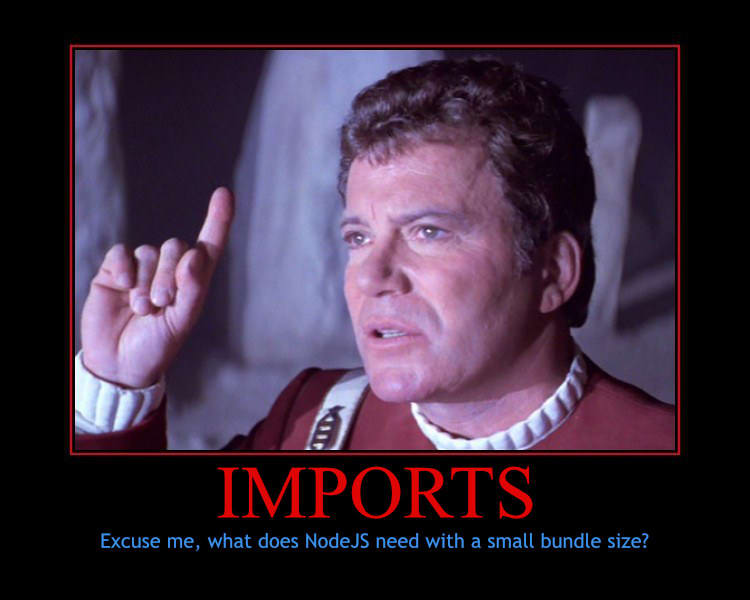 If you would indulge me for a moment, let’s imagine a world where you had to import all of the objects and functions needed in each file in your Rails application. Revisiting the example above, it might look something like this:

And that’s just for a single controller action! 🤪

This leaves us with only one question: since your Ruby on Rails code obviously doesn’t have to import/require anything for it to work, how does it do that? How does it know how to simply autoload all these objects?

Ruby comes out of the box with a form of autoloading attached to Module. You can use this in any Ruby program you write:

This is handy in a pinch, but for larger applications or gems and particularly for Rails, you need something that’s broader-reaching and more easily configurable—plus supports concepts like “eager loading” and “reloading” (in development).

That’s where Zeitwerk comes in.

With Zeitwerk, you can define one or more source trees, and within that tree, as long as your Ruby constants (modules and classs) and hierarchy thereof match the file names and folder structure via a particular convention, it all just works. Magic!

Here’s an example from the readme:

And here’s how you instantiate a Zeitwerk loader. It’s incredibly easy!

Once you’ve instantiated a Zeitwerk loader, at any point in the execution of your Ruby program after that setup is complete you can call upon any class/module defined within that loader’s source tree and Zeitwerk will automatically load the class/module.

In addition, if you use the loader.eager_load method, you can load all of the code into memory at once. This is preferred in production for performance reasons: once your app first boots, it doesn’t have to load anything else later. On the other hand, in development you want to be able to reload code if it’s changed and run it without having to terminate your app and boot it up again. With the loader.reload method, Zeitwerk supports that too!

You may be surprised to hear that Zeitwerk is somewhat new to the Ruby scene (Rails used a different autoloader before it and there have been other techniques in that vein over time). What makes Zeitwerk so cool is how easy it is to integrate into any Ruby app or gem. I myself am starting to integrate it into Bridgetown now. The only caveat is you do need to be a little strict with how you structure your source files and folders and what you name within those files. But once you do that, it’s a cinch.

Still a Use for require Though

Even with Zeitwerk on the loose, you’ll still need to use a require statement now and then to load Ruby code from a gem or some other random file you’ve pulled into your project. But the nice thing is that Ruby’s require doesn’t work the way that import does in JavaScript. It simply adds the requested file/gem to the current execution scope of your program and then it’s available everywhere proceeding from that point. So if you add require to a main or top-level file within your application codebase, there’s no need to then “import Foo from "bar"” later on in file B and “import Foo from "bar"” in file C all over again.

This does mean that you may have to fish a bit to find out where MyObscureClassName.what_the_heck_is_this actually comes from. This is likely how some of the “argh, Ruby is too magical!” sentiment out there arises. But given a choice between Ruby magic, and JS import statement soup at the top of Every. Single. Darn. File. In. The. Entire. Codebase…

…well, I believe in magic. Do you?

Want to receive a timely tip you can apply directly to your Ruby site or application each week? Subscribe to RUBY3.dev today to => hashrocket into the future and become a wiz at this delightful and powerful language.

Why to use PUMA in production for your Rails App

Code anything in Javascript, with only 8 characters

How to Build & Test Twitch Chat Bot Commands with Next.js

Jared White
Founder and lead developer at Whitefusion, a boutique web studio located in Portland, Oregon. On the core team of Bridgetown, a static site generator. Proud Rubyist!
Ruby2JS Has a New Website
#ruby #frontend
Ruby on the Frontend? Choose Your Weapon
#ruby #frontend #javascript
Where Do Ruby Blocks Come From?
#ruby #metaprogramming