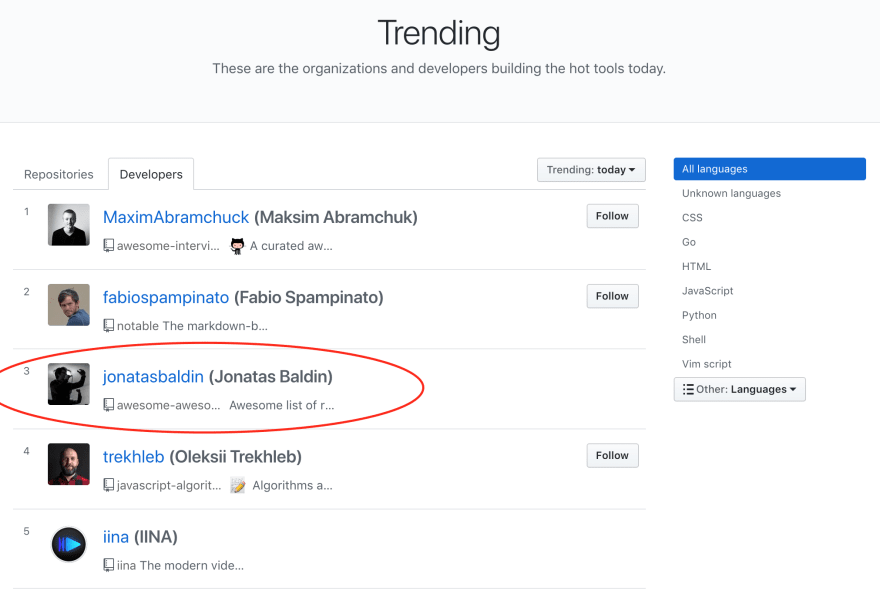 I'm sorry, I've never done a clickbait before. I must say, it does feel good hahah

In last New Year's Eve – aka yesterday – I got almost 1k upvotes in /r/programming and, consequently, 700 GitHub stars so far. What was my awesome project? A joke.

The awesome-awesome-awesome repository is an awesome list of repositories of awesome lists 🤷‍♀️. It's my prime work in the realm of inception and recursion. In this January 1st it's still trending on GitHub and it was a hit on /r/programming.

The icing on the cake was an email I received an hour and a half before 2019, asking how I attracted so much attention to this repository in one day. The short answer:

A lesson? Tell more jokes! We all like a break from the hard work from time to time. You might even got your 15 minutes of fame 😉