Welcome to the first post in the series! I'm stoked to get started.

As I mentioned in the series introduction, we will begin by building a prototype to establish the basic mechanics and feel. Once we've done just enough to be confident in the idea, we'll then switch over to production-ready assets and clean up the code to ensure it is clean and maintainable.

I will create it in a new 3D project to quickly build the prototype using 3D primitives. Later we'll migrate to 2D. I will begin by setting the camera background to black and toggle the Scene window to 2D. I'm going to target a 16:9 aspect ratio, so I'll also set that for the Game window.

You may have it set to "Free Aspect" by default, if so click that and select 16:9 or create a custom aspect ratio if it's not furnished with the version of Unity you're using. 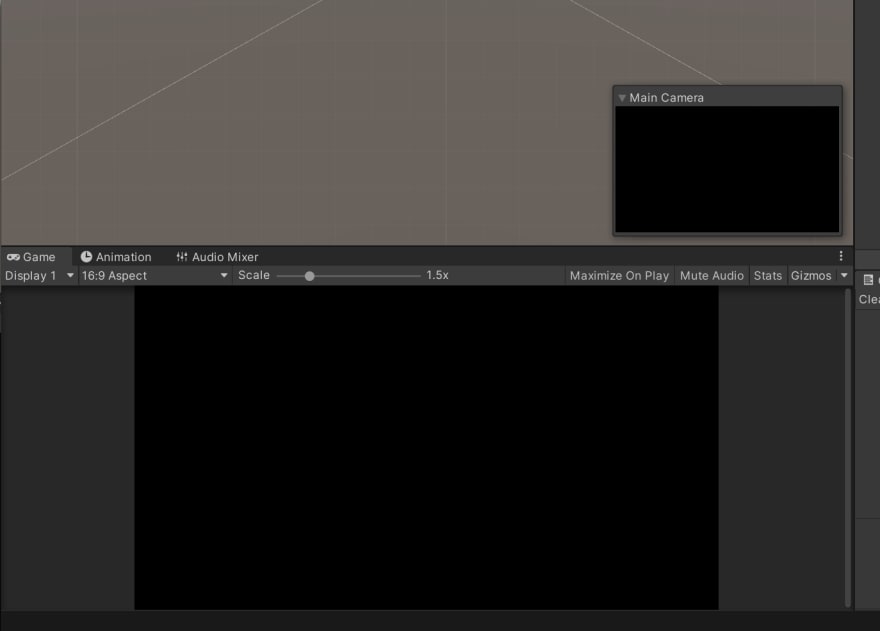 Our challenge is to create a Player GameObject and add horizontal and vertical movement via keyboard.

First, I'll create a Cube and name the GameObject Player. Then I'll move the player down a bit closer to the bottom in the Game window.

Next, I'll create a new Player script and attach it to our Player GameObject. 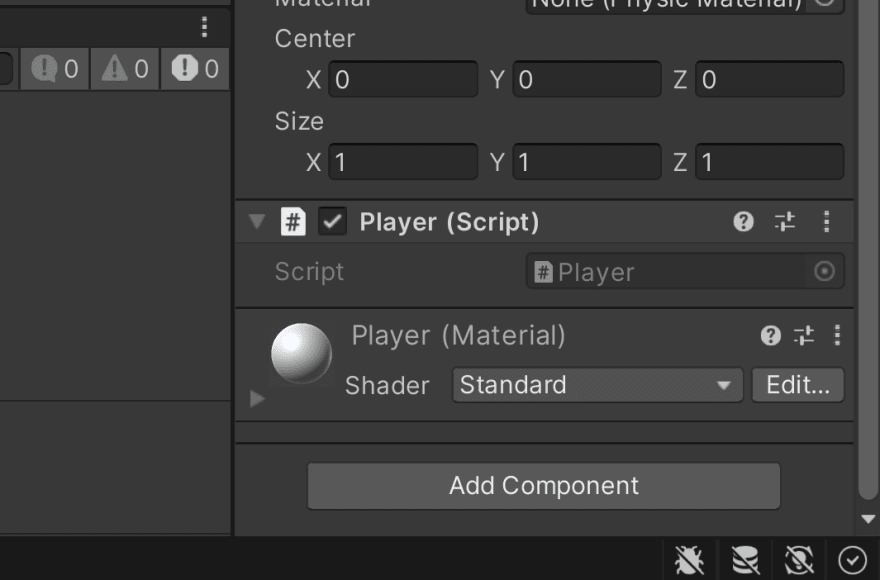 To control the player's movement, we'll take advantage of the Input Manager provided by Unity.

We're interested in the Horizontal and Vertical axes. These have several properties, such as negative and positive buttons (left and right), alt versions (a and d). When we request the current value of these axes, we'll get a float value between 0 and 1. 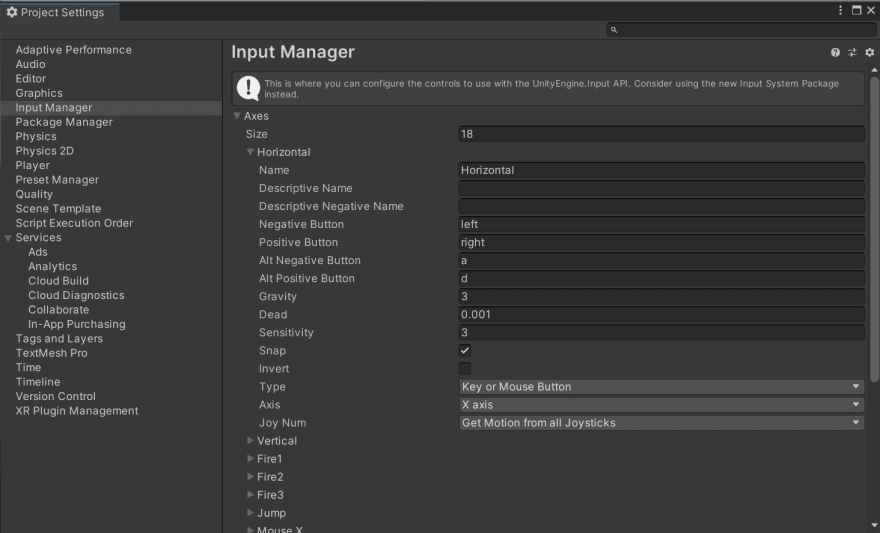 To get the current value of these axes, I'll use the GetAxis static method on the Input class.

Admittedly, this might be a bit anticlimactic, given the slow rate at which our player is moving. We'll address that in the next post so we can have a variable rate of speed.

That's it! We now a Player GameObject on-screen and controlling movement via script using the Input Manager's Horizontal and Vertical axes!

Get all blobs in given Azure container