I am currently in a project and we did not use unit tests. Here we are, one year after, and as the issues were more and more about stuff we were confident with, I felt it was the right time to propose unit tests.

Did you found yourself in my experience? If yes, I give you below my advice to kindly start using unit tests.

One fix = one unit test

Your code base is already big. You do not have the human bandwidth to parse all your methods and create the unit tests.

However, you could start by creating one unit tests for each new issue you fix.

Pavol also wrote about the benefits of unit testing a project in progress in this article. Take a look at it if you need more points of view. 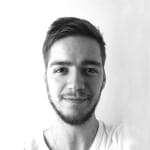 Why writing tests for legacy code is a good thing

Coding can be frustrating, or even worse, stressing, in a production environement. Deadlines can make us take shortcuts and avoid simple or obvious coding principles, leading to avoidable issues.

I think unit tests are the right tool to help us make our job more enjoyable, by making sure we are building some code on solid basis.

I hope this post made you want to start trying unit testing your code if you did not already!

Speeding up our unit tests from 15min to less than 2min