Updated to mention that I usually use a paper notebook to write my TODOs, otherwise I use the memory hack.

I had a bad memory

One out of five times, I'd have an action in mind as I walked into a new room and then I'd completely forget what action was in my mind. I'm sure this situation is relatable.

You may have noticed I describe my bad memory in past tense. Now you've definitely noticed.

I wanted to improve my memory so I could continue to learn and not hit cognitive overload so frequently. The art of Googling, copy-n-paste, and pray it works can only go so far. So I read a Reddit thread written by someone that summarised their takeaway from Coursera's "Learning how to learn" course; watched a few TED talks on memory improvement; trialled a few courses on improving working memory, short-term memory, and long-term memory; and recently signed up to one of the courses, which is called "Become a SuperLearner". I haven't finished the course yet as it takes at least 6 weeks of daily studying in 30-minute increments to see improvement, and I'm taking my time with it as I juggle with other studies.

The human brain has a million billion neurons. Memories are created when your brain sends neurotransmitter signals to two neurons at the same time, creating connections between the neurons called synapses. As the memory becomes intricate and memorable, the brain fires these signals to more and more neurons and thus the connected neurons become a neural network. These neural networks can take up a lot of space in the brain, especially the connections/synapses between the neurons, so when you sleep the brain shrinks the synapses to make space for more learning.

So enough sleep is important. For the past several weeks I make sure I sleep 6-10 hours a day; my long-term memory has greatly improved since.

We have a seahorse in our brain that makes us forget stuff; we can trick it to stop forgetting stuff we find relevant 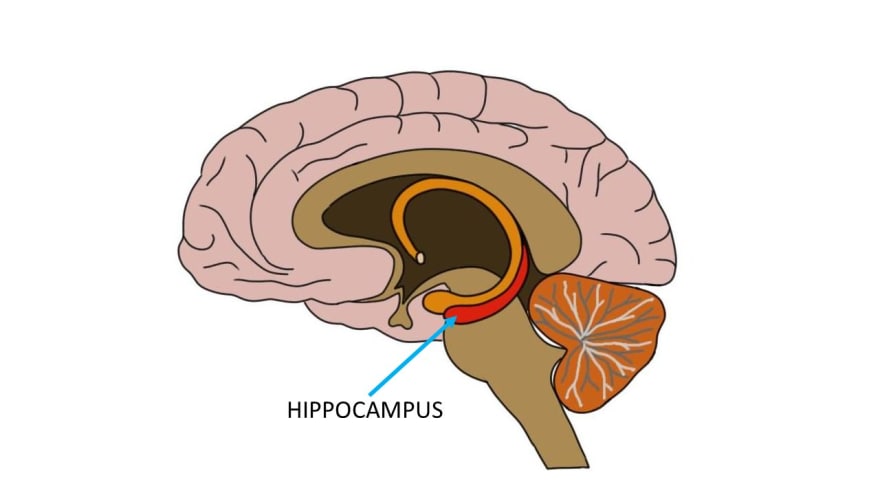 We have a hippocampus, which is shaped like a seahorse, in our brain. The most important function of the hippocampus is to determine what memory is worth keeping and which memory can be deleted to keep the brain efficient and healthy. One important criterion in how a memory is deemed relevant to be kept is based on how it links to existing memories in our brains. For example, you walk by a bread shop that you walk past almost every day, and on this particular day a certain smell wafts from it and you remember a particularly funny incident a few years back at that bread shop that involved fighting with your friend with breadsticks. You have a memory of the bread shop, and you have a memory of fighting your friend with a breadstick. And the two memories are linked. 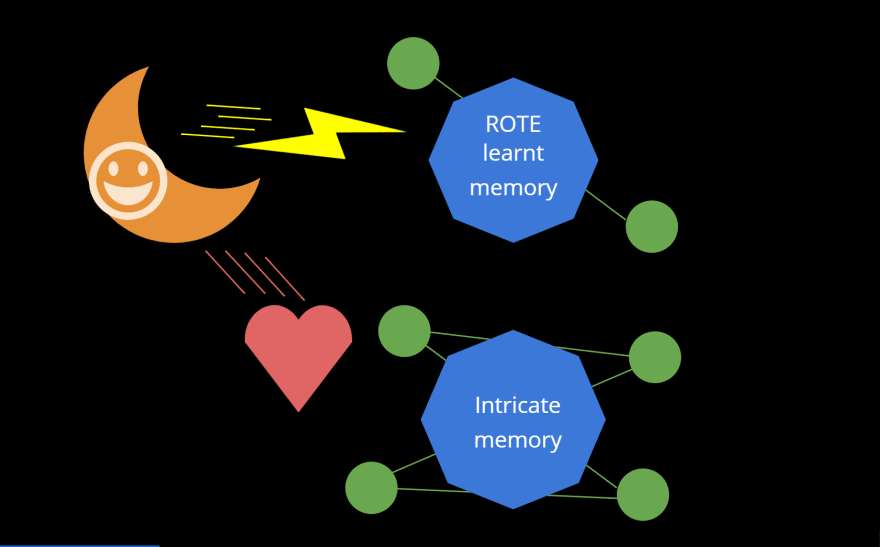 The more connections we make between our memories so it becomes intricate, the less likely the memories that are mapped to the neural networks are to be struck down by our hippocampus.

Cool. So I wrote this piece of code on a Friday afternoon and because I'm not a bad developer, I didn't push it in before I left the office for the weekend.

On Monday morning, I was travelling to work. And half-way there, I remembered what I should've added to the code and patted Past Jenny on the back for not pushing Friday code in.

Now, for anyone who has not worked with the .NET framework before, .NET is a compilation language where you have to compile a new build whenever you make a code change on a project. .NET allows you to compile a DEBUG build and a RELEASE build. The DEBUG build is what you'd generally use when you're developing, debugging and local testing the project. The RELEASE build, which would not include code like the example code block I've shown, is what would generally be used in the development, staging, and production environments.

Anyway, I had a TODO. I had to remember to add the new code when I get to the office.

So I imagined a bug, like a cockroach, that's huge and powerful amongst its fellow bugs that it's known as DA BUG. And DA BUG wears a business blazer with a layer of nothing below its belt. Because DA BUG is so powerful, it likes to sit on my office chair and laughs evilly whilst it's at it. 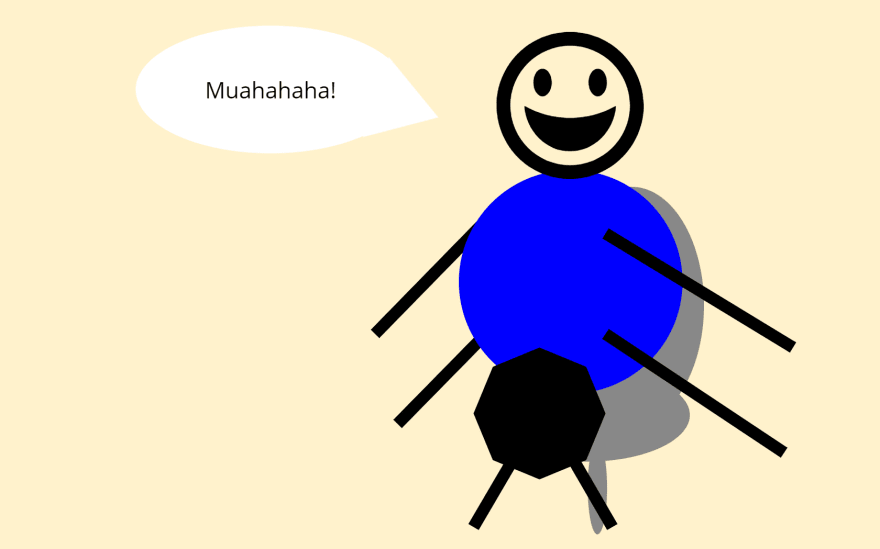 After I created those visuals and sounds and associated them with my TODO, I focused on more important activities while travelling to work like watching cat videos.

An hour later I got into the office, saw my office chair, remembered 'DA-BUG-with-a-business-blazer-with-layer-of-nothing-below-its-belt' and had to go attend a stand-up meeting. So I left my chair to do that. Then I got thirsty after the meeting so I went to the kitchen for a cup of tea.

Then I finally got around to returning to my desk and chair and I saw DA BUG again and remembered the TODO. Did the TODO and mentally crossed off the TODO as done.

Now, the memory creation of the TODO may seem long-winded and you're probably thinking that just picking up your phone to save a reminder would take less time.

But if I'd done that, 9 times out of 10 I'd get distracted by a push notification on my screen. My brain would go 'well this is a great time to procrastinate; let's focus on the other notification yeah?'

And if I DID manage to save a reminder. When the reminder gets triggered and I look at my phone and there's ANOTHER push notification, my brain would go 'well this is a great time to procrastinate; let's focus on the other notification and not the reminder yeah?'. 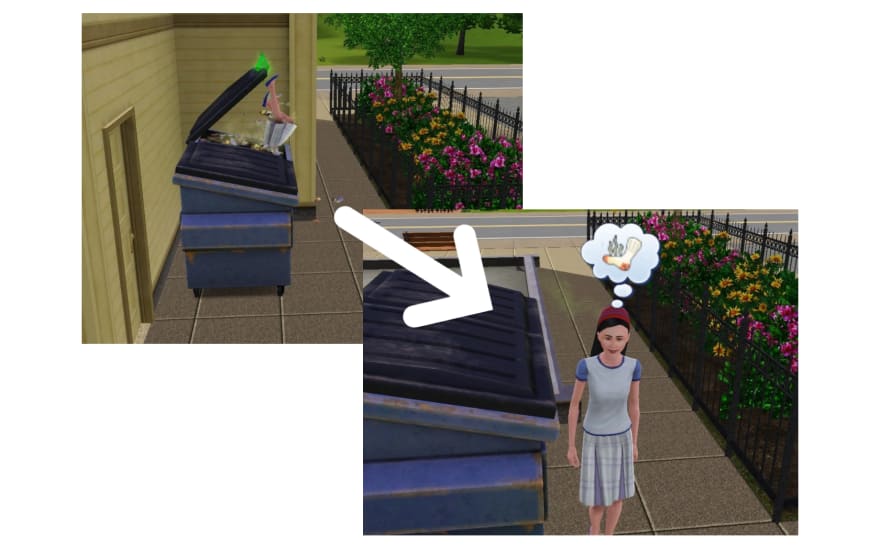 I'm like a Sim with Free Will enabled. I usually write down my TODOs on my trustworthy paper notebook and in situations where I cannot, like when I'm commuting and being sardined in the train carriage, I use this memory hack. I have a separate paper notebook in the office that only contains work-related TODOs.

Back to the memory hack: When I see my office chair and see DA BUG sitting on it with my associated TODO? It was an almost constant but subtle reminder.

But it also doesn't mean I cannot reuse my office chair for another TODO.

During the morning commute on Tuesday (the following day after squashing DA BUG) I had to remember that I had to change the connection string to the database, and the connection string included the number 17. And because I'm an anime geek, I imagined Midori from My-HiME sitting on my office chair and raving on about her latest archaeological findings in her database. She also claims to be 17 years old.

For the memory hack to work with you, you need to be creative

I created neural networks with intricate and funny memories, well to me --
the DA BUG one is probably disgusting to some of you. This brings me to an important tip for this memory hack to work: you have to use your own creativity, don't try to copy my style of examples if your style greatly differs or it just won't work; you're probably not an anime geek like me. 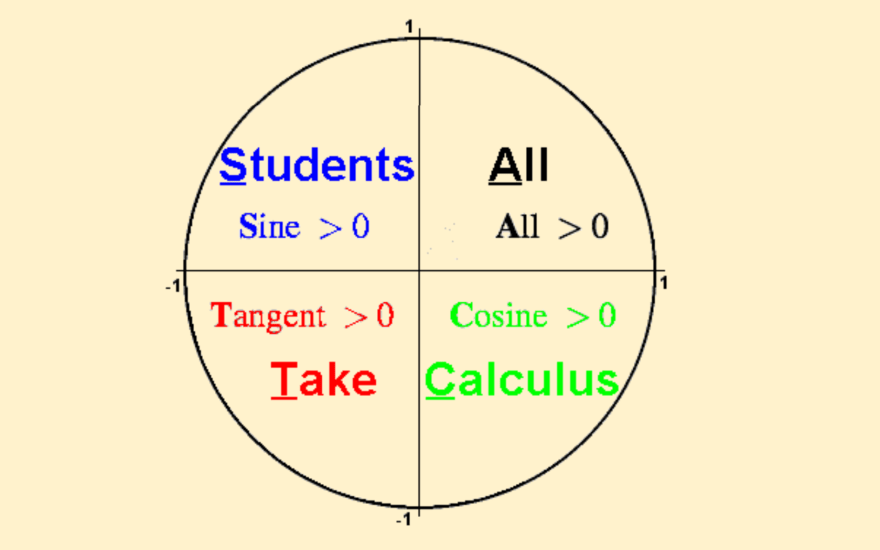 Everyone remembers those mnemonics for mathematical equations. Like the one above. My brain is too busy fuming that not every student takes calculus and that we don't even call the subject calculus here in NSW, Australia. 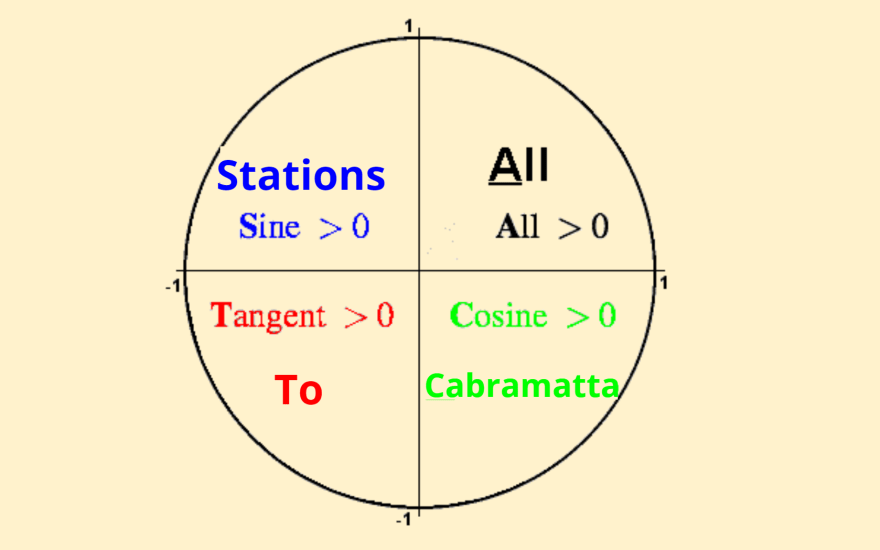 So my classmates and I in South-West Sydney call it "All Stations To Cabramatta" and that's how we remember it. But anyway, everyone can be creative. There's a study that when one thinks they're creative, they'll score 25% more in a creativity test because when you think you're creative, you'll look for solutions whereas if you think you're not creative, you won't look for solutions to prove to yourself right that you're not creative.

Another tip: don't try to create obvious mnemonics because our hippocampus finds the obvious too irrelevant. For example, not remembering what you had for breakfast this morning. Unless it's smashed avocado because who doesn't remember buying a savoury fruit that's equivalent to a house in cost?

How eternal and subtle is the side-effect of the memory hack going to be?

Some of you may also be wondering: How eternal and subtle is that reminder of DA BUG sitting on my office chair going to be?

Will the evil laughing DA BUG with the business blazer and layer of nothing below the belt always going to attack the forefront of my mind? Will the memories mix up and I'll see Midori, the eternal 17-year old, teaming up with DA BUG and I'll be momentarily confused? No. Just no; I know I've done the TODOs.

Try this memory hack out and you may also probably not figure out the answer to that question like me.

How do I get a job as a front end developer

Tiktok is getting banned in the US. Will this affect US jobs?