Previously we went through launching Android emulator without installing Android studio. In this note we will launch Angular application on that emulator.

First, what we need to do is we have to install build tools by sdkmanager in order to be able to build applications :

Prepare a NativeScript project for running

If you haven't install nativescript cli yet, you can do it by executing the following command:

Next, create new project from scratch:

This is just an example of angular application for running. You can use your own app for this.

Type the following to see a list of available emulators:

Next, let's run the emulator:

Okay, emulator is working. What we are gonna be doing next is we are just gonna be launching the app on that emulator.

To see a list of available emulators we can use adb:

By using one of above commands we can know a Device Identifier for launching the app on emulator.

Next, let's use the following command to launch the app: 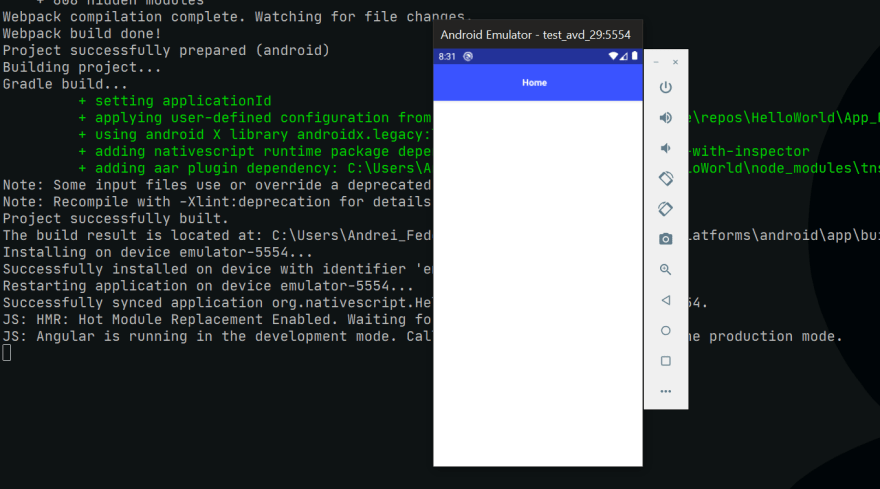 If you're receiving the error Failed to open /qemu.conf, err: 2, try to create this file by executing echo # > c:\qemu.conf and launch cmd as administrator.

A simplified Jira clone built with Angular 9, ng-zorro and Akita

Optional Chaining in JavaScript and How It Works