Some weeks ago I bought a US intl. keyboard (Cherry Stream 3.0) for my Linux workstation because as a developer I favor the US intl. layout over the german keyboard layout.
But as a German I need to type german letters from time to time where I need those nice german umlauts for.
Using <Compose>+ " + a/u/o/ss is a nightmare. So I started to look for a usable and easy solution like Karabiner on Mac OS.
Oh boy, what did know...
I found a lot of answers in the Web on Stack Overflow, Ubuntu user groups and the Arch Linux forum.
They were talking about adding .Xmodmap files, not using .Xmodmap files because XKb is the new kid on the block, extending an existing XKB symbols file, how to handle issues due to crashes after fiddling around with XKB symbols files and so on.
I was convinced that either I will crash something or it won't work at all.

Nonetheless I needed an easy way to type German umlauts!

So I decided to follow the example from the following GitHub repo on how to change the US symbols file.

Simple German Umlauts on US keyboards


It told me to add the following lines to the US symbols file.


Just out of curiosity I wanted to check first if there are other lines with adiaeresis in the symbols file already.
And to my surprise there were other lines.... And a whole section too, which described exactly what I was looking for.

But how was it possible that I could not find this variant?

And then I remembered that whenever something was neither available nor visiblein Gnome settings then Gnome Tweaks would definitely contain a way to configure it.
And so I found out how to enable German umlauts on a US Intl. keyboard the easy way in Arch Linux inside Gnome. 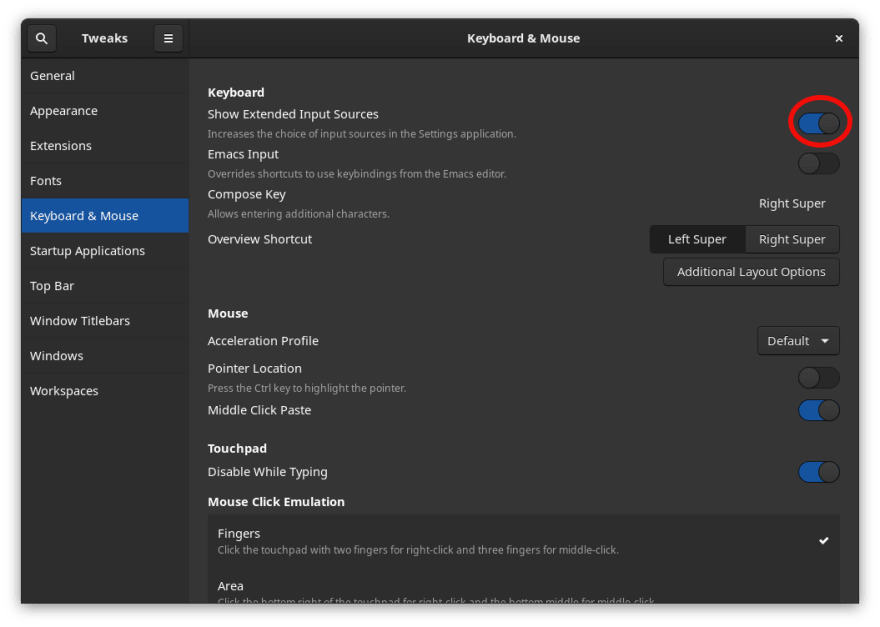 Step 3.
Open Gnome Settings, go to "Region & Language" and click on the "+" (Plus) sign under "Input Sources". 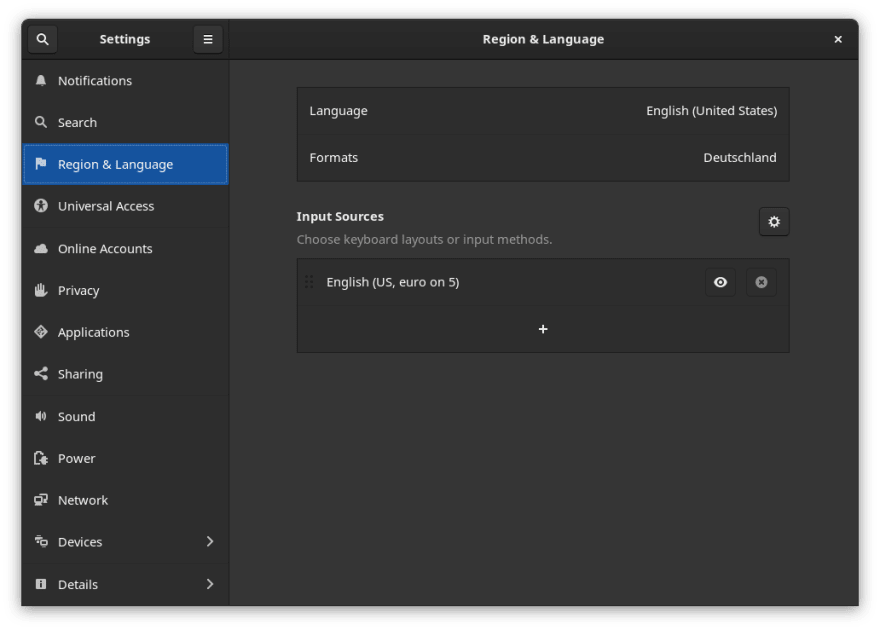 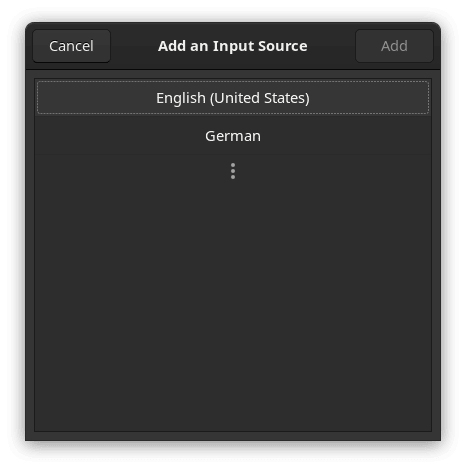 Step 5.
Scroll down until you find the entry "German, Swedish and Finnish (US)". 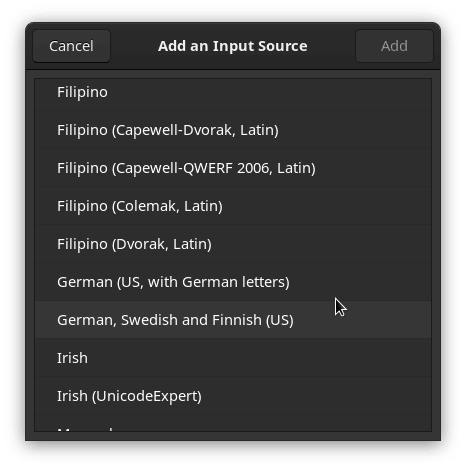 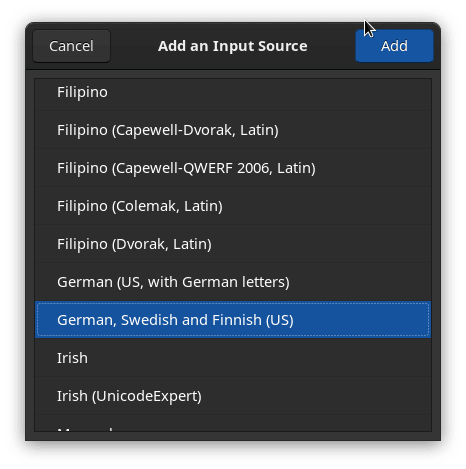 It should be added now and you can start using it. 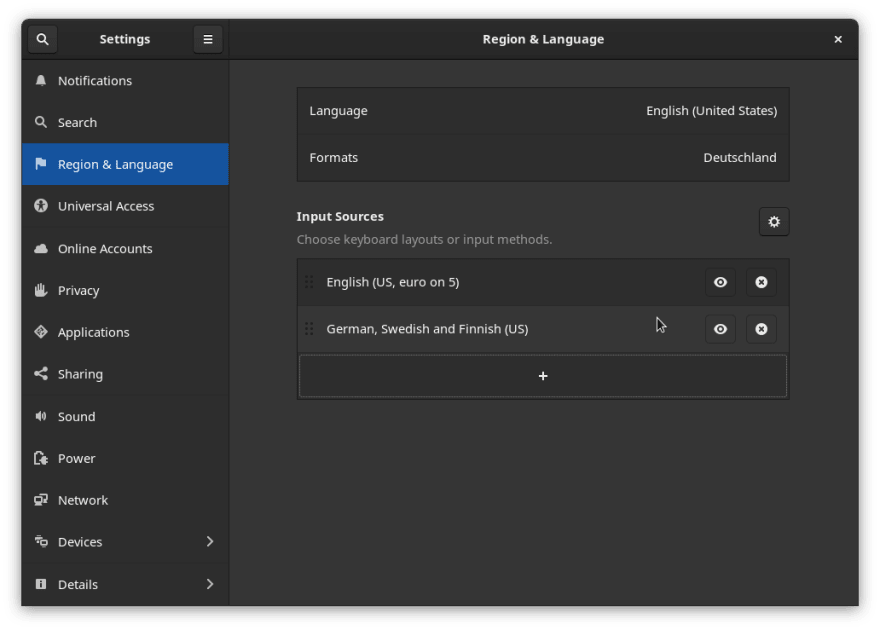 Start a terminal or editor and type +a. This should result in ä. Combined with Shift you get the upper-case variant.

So no editing of XKB symbols files and other crazy stuff is necessary to get German umlauts!

How to Kill a Process Running on a Port

Two things that make my Terminal experience awesome 🚀 in Mac/Linux

Once suspended, kreait will not be able to comment or publish posts until their suspension is removed.

Once unsuspended, kreait will be able to comment and publish posts again.

Once unpublished, all posts by kreait will become hidden and only accessible to themselves.

If kreait is not suspended, they can still re-publish their posts from their dashboard.

Once unpublished, this post will become invisible to the public and only accessible to Daniel Ritter.

Thanks for keeping DEV Community 👩‍💻👨‍💻 safe. Here is what you can do to flag kreait:

Unflagging kreait will restore default visibility to their posts.