Welp, it's the end of the internet (he said, his words dripping with sarcasm). Today, the EU Copyright Directive was passed into law, including the infamous Article 13, which has been used by most of the internet as a prime example of what not to do as a government trying to get a grasp on copyright protections in the digital age. It's been compared to the US's SOPA and PIPA acts, which both failed due to public outcry with tech giant support (see the "blackouts" of that time), and a "soft" veto by then-president Obama.

Since then, major rights holders such as music labels and software publishers have attempted to push similar bills through the US government, with the attempt of strengthening the power of the Digital Millenium Copyright Act by shifting liability to online content hosting sites (e.g. YouTube, Twitch, MEGA, reddit, etc), attempting to put the blame on the site when someone uploads material to the site that they don't own the rights to.

The new talk of the e-town (message board?) is Article 13, and has been for almost a year, with articles almost immediately popping up at the time of the initial proposal of the directive. Article 13 functions almost identically to SOPA and PIPA in the states: The goal is to put liability on websites that host user content, for when users upload content that constitutes copyright infringement. The article, as a popular matter of debate, has been revised several times before being passed by the EU Parliament in September of last year. After even more outcry, it was pared down in negotiations before being re-passed today.

If I understand correctly (law is hard), the negotiations represented the other groups who need to approve (The European Commission and the EU Council) getting what they wanted, so it can be inferred that they will also pass the directive in its current state. It would then go to the EU member states with the expectation that every member state will implement the directive as law in their own state, following their own state legislative process. Some member states oppose the current status of the law, but at this point it's more or less finalized and will not change past this point.

The internet has had a collective "Oh no" following the news of the directive being passed today, and I wanted to examine the different motivations of major players involved with their responses to the bill, and more specifically, the role that tech giants like Google (representing YouTube) and Amazon (representing Twitch) have in the drama, why they were campaigning so hard against Article 13, and what we can infer from that about the state of the internet post-directive.

Aside: I've already gotten a lot of accusations of being a conspiracy theorist and/or corporate tool for presenting the opinion I'm about to present, and my reasons for doing so. If you have strong convictions about Article 13 but have not yet read the text of the article, I recommend you do so; it's linked above. Article 13 begins on page 65 and spans about four pages with large font and plenty of line breaks. It's important to know the actual text of a proposed law when discussing it or reading about it, as certain influencers commonly draw large conclusions that aren't necessarily true from the text, and it's very easy to be misled when the subject matter is this complicated.

Most of this has been outlined above, but I'd like to expand a bit on the different stakeholders in this situation. It's been commonly refered to as an "evil industry vs the small guy (tm)" thing, but of course it's not quite that simple. The "evil industry" referenced is the role of rights holders. It's true that most of the influence here is coming from corporations like music labels and software publishers, but that doesn't mean that they're the only ones to benefit from stronger protection of copyrights. Disregarding the actual implementation of Article 13 for the sake of argument, strong copyright protection is essential for independent creators of any sort of primarily electronic content. It's extremely easy to pirate art, music, games, and more when most of the case it's as simple as copying lengths of data. Technological measures can't really do this in the digital age, so creators rely on legal protection for their copyrighted works.

And if that protection isn't there, it can cause serious problems. If you're selling music independently, and 75% of all listens aren't being paid for in any way (via streaming, purchase, etc), it's possible that you can't support yourself by doing this, and you basically can't make music at that point, or at least have to take a lot of priority away from it to be able to work a day job. But if stronger legal protection of your copyright is enforced, and that number drops to maybe 25%, it may be more reasonable.

Other major players include typical users of websites hosting user content, and by extension, people who want to blatantly infringe on copyright. I'm going to semantically disregard the latter here, as this throws another wrench tightened around a can of worms at the situation. The merits of copyrights in general are outside of the context of what I'm talking about here.

The final major player I want to discuss here is that of the providers of these sites in question, the most influential of which are tech giants such as Google and Amazon. I've been mentioning these two a lot, and that's mainly because of their extensive campaigning against Article 13. Other tech giants such as Twitter and Facebook have the same interests here but have been a lot less vocal about it. And there's no doubt that the campaigning of Google and Amazon against Article 13 is what's driving a lot of the public outcry. Consider the equivalent laws in the US. SOPA? Blackouts across the web, huge public outcry. PIPA? Usually linked to SOPA protests by tech giants, but still has people calling their representatives. CISPA? Tech giants can't afford to keep blacking out their site and interrupting user activity, so we heard less about it.

But for real though, CISA is the one that actually passed, and most people that protested SOPA didn't even know that CISA existed! Now, a disclaimer here: CISA is not exactly an equivalent to SOPA and Article 13. It essentially waives things like HIPAA preventing non-government entities from sharing information with the US government related to cybersecurity attacks, given that the non-government entity consents. There were a lot of privacy concerns about this cybersecurity bill leading to small-scale controversy, but it didn't have nearly as much opposition from tech giants, leading to virtually no public awareness, and the bill's eventual passing.

All this windup has been in preparation for the following pitch: "Tech giants campaigned against Article 13 because it would hurt their bottom line, not because it will hurt the user experience, which it probably will not do anyway". Let's talk about the actual warnings (read: threats) that Google and Amazon have given pertaining to what would happen if Article 13 passes. I've seen statements such as:

With the exception of the last point listed (which I will dismiss as fearmongering without any direct basis in fact), these points refer to things that Google and Amazon could do to comply with Article 13. Heck, it would even guarantee compliance with Article 13 (assuming they don't slip up, regarding the first point). Will those things happen? Hell no. And how do I know this? Because it would cost way more money to do either of those things than to comply with Article 13 in reasonable ways, the ways that these companies are expected to in the first place. Would a company like Google just stop all operations in the EU when asked to spend $$$ on ensuring and demonstrating compliance? No, because stopping all operations in the EU is more like $$$$$$$$$$$$$$ in opportunity costs. And the first point listed is just a completely overblown, inefficient method of compliance, that Google knows they can't do, and they also know that they don't have to do it to comply. 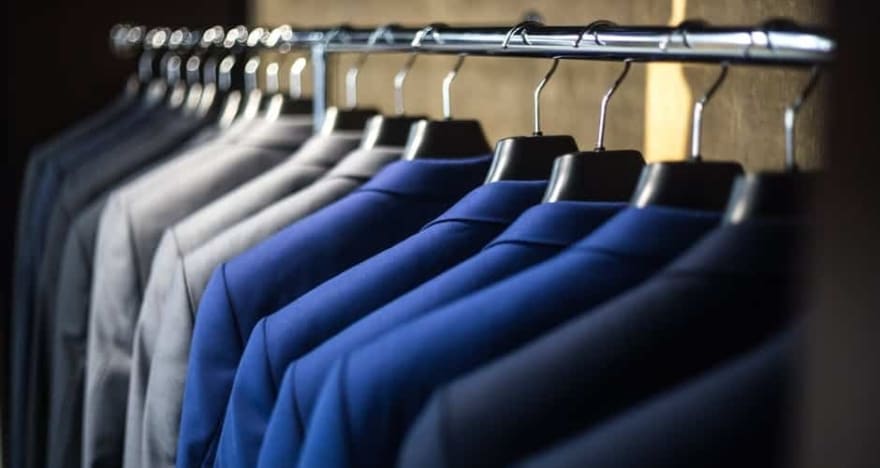 This is the bit where I strongly recommend you read the text of Article 13.

The directive's text indicates that "An online content sharing service provider shall therefore obtain an authorisation from the rightholders... in order to communicate or make available to the public works or other subject matter". This is the bit that is parroted across the internet in anti-directive campaigns. They have to get a license for everything on the site! Well... unless you read a couple paragraphs down to the point where they indicate all the exceptions, the cases where the sites are not liable. According to section 4 of article 13, the exception requires all of the following to be true:

If the above emphasis is not apparent, I'm suggesting that YouTube and Twitch already comply with Article 13 in the form of their current copyright protection systems.

But why then would they be campaigning against it, if they don't have to put in any more copyright protection systems on their site? Well, that's when we get into the mucky side of regulation and compliance. It often costs a lot of money for big companies to even be able to demonstrate that they comply with regulation, even when they already do comply. In the case of super-high-volume sites, it would require a lot of money spent on lawyers and software written specifically to demonstrate compliance. The key is that, although it's still significantly less money spent than following through with their threats in their campaigning, it's more money spent than if the law didn't pass at all, and they didn't have to spend any money on it. That is why they didn't want the law to pass, even though they could easily comply with it.

Oh, and subsection (b) of section 4a also states that cost to the website will be taken into account when determining whether they are liable, so any argument of "this will cost too much to comply with; we'd go out of business" is thrown completely out the window at that point. 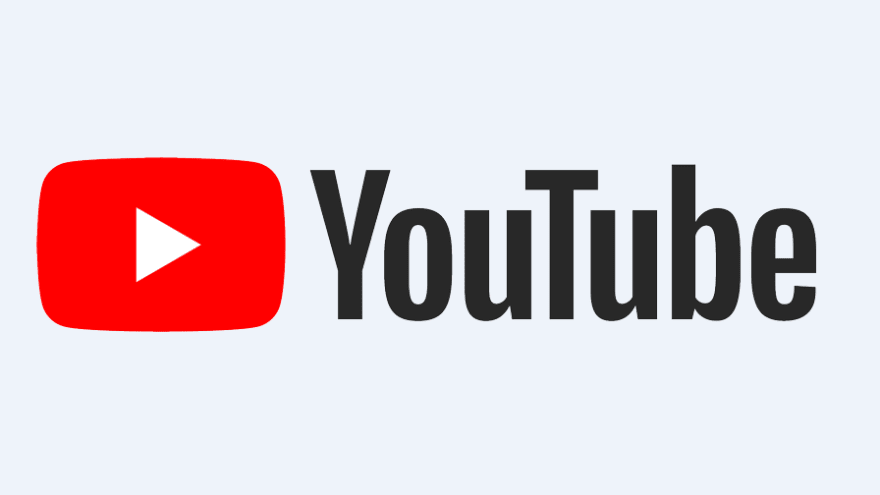 So, what does this mean for the state of the internet post-directive? Well, considering what I've outlined above, probably not much. The bill is now law. Google and Amazon do not have to shut down operations in the EU or do any sort of pre-approval before content is made available. They will also do neither of these things voluntarily. What they will likely do is spend more money on a more beefed-up regulation/compliance team, and perhaps spend more money on making their existing copyright protection systems more accurate, including potentially hiring more real people to supplement the automated systems. I also expect that things like response times to both rights holders and uploaders will be made more quick, just to be safe and satisfy the "expeditious" terminology used often in the text.

The big thing to keep in mind is that every major player in a debate like this has a motivation to say what they're saying. Google and Amazon are not looking out for the customer (primarily, that is - goodwill with customers is important, but not often the top priority). They have reasons for the campaigns, and they also have incentive to stretch the truth and draw conclusions that aren't necessarily true at all. And it's important in these cases to stay informed on the actual text of what's under debate, and also why other stakeholders may be trying to mislead you. The internet can be a better place because of it.

Everything you need to know about tree data structures