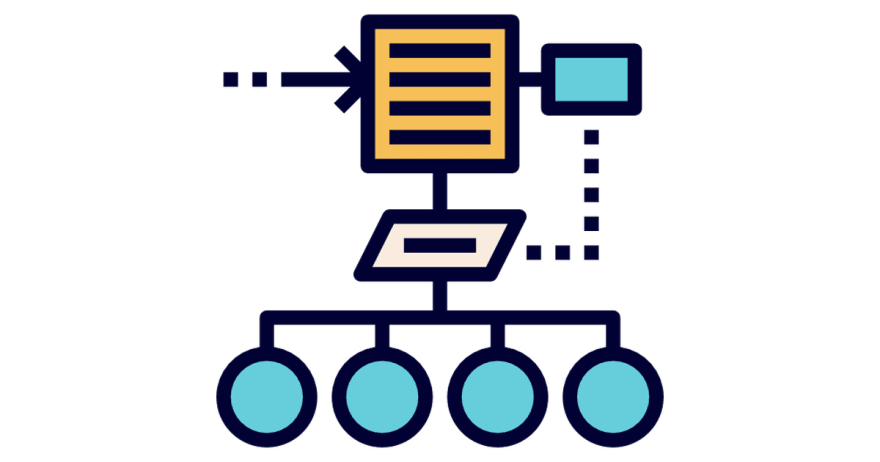 We can define an algorithm as a sequence of steps to execute some task.

OK, but what does that mean?

For example, we can say that an algorithm is a series of actions you make to: drive a car, cook a meal, watch your favorite TV show, and so on...

If this concept is still abstract to you, don't worry.
Let's take the latter example, so we can understand better.

Did you ever think about the sequence of actions you make, from the point you open your web browser, to the moment that the episode of your favorite TV show, begins?

Here is an example, that probably just pass through your mind:

Do you already notice how this example follows the definition of algorithms that I said before?

We execute a "sequence of steps" (Open your browser, Type your email and password, etc) with the goal to execute some task(Watch a Star Trek episode).

However, when we talk about IT, we can be more precise with this definition. Improve it a little, so we can enhance the clarity about the subject that we are speaking of.

So, take a look at this concept of an algorithm:

An algorithm is a sequence of finite instructions or operations, on finite time, to resolve a computational problem.

See how we change the term "sequence of steps" to "sequence of finite instructions or operations" and "execute some task" to "resolve a computational problem"?

So here, we are being cautious with the time variable and the goal is solving a well-specified computational problem.

As we made before, here is an algorithm example, on this computational environment, in a pseudo-code format:

Inform us that John is listed or not, in our list of friends.

Let Name = name of the friend that is checked at the moment;

If, all names in the list are different from "John", print "John is not in the list".

OK, now let's test this algorithm with the following set of friends:

First, it set Name = "Julia";
Then, it'll compare "Julia" with "John";
Is different, so check the next friend.

There we go, it works!

Now, let's try with another set of friends, but this time, John won't be inside this list:

First, it set Name = "Kirk";
Then, it'll compare "Kirk" with "John";
Is different, so check the next friend.

First, it set Name = "McCoy";
Then, it'll compare "McCoy" with "John";
Is different, so check the next friend.

First, it set Name = "Spock";
Then, it'll compare "Spock" with "John";
Is different, so check the next friend.

There's no friend left, so print, "John is not on the list".

This algorithm has a linear behavior, which isn't very efficient(more content is the next few days).

But, apparently do its job. Solving your computational problem, which in this case is to determine if John is included or not in our list.

Although, maybe a computer isn't capable to resolve, if the input is very large.

To test this, let's use a computer programming language to replicate this algorithm and test it. Using a list of 10 thousand words. Which none of them are John. Therefore, we expect our algorithm to print the sentence: "John is not in the list".

Here is our code:

In the first line, I'm creating a variable name "names". The is an array. Which contains 10000 elements. And Each element has a value equivalent to the string "Spock".

In the second line, I use a function from the PHP, named "in_array". That's search for a value(our case "John"),inside an array(our case, $names).

If my function in_array returns a true value, which means it founds John in the list of names, my code prints the string: "Found John!"

On the contrary, it prints the string "John is not in the list".

Once we run this code, we get this output:

Nice! And if we test this code, with our list which contains the string, John:

we receive this output:

And there you go!

We can observe that changing the number of inputs isn't change the behavior of our algorithm. Still is solving our computational problem.

There is a lot to cover about algorithms, but this was just our first step!

At least we can say we understand the concept.

Leonardo Cunha
Thread of Execution - One Thing at a time
#javascript #beginners #programming
What is a shell?
#beginners #shell #terminal
What is the v-if directive?
#vue #beginners

Once suspended, leonnimoy will not be able to comment or publish posts until their suspension is removed.

Once unsuspended, leonnimoy will be able to comment and publish posts again.

Once unpublished, all posts by leonnimoy will become hidden and only accessible to themselves.

If leonnimoy is not suspended, they can still re-publish their posts from their dashboard.

Once unpublished, this post will become invisible to the public and only accessible to Leonardo Cunha.

Thanks for keeping DEV Community 👩‍💻👨‍💻 safe. Here is what you can do to flag leonnimoy:

Unflagging leonnimoy will restore default visibility to their posts.