Recently I read the book Helping People Win at Work. In it, Garry Ridge, CEO of WD-40, tells about the methodology applied in his company to create an environment where the people can truly help themselves – what I believe Simbiose has been doing better and better. Describing its practices and values, the author presents some stages of the creation of a boosting culture, which I’ll explain in this text.

At WD-40 Company, when things go wrong, we don’t call them “mistakes”; we call them “Learning Moments.

When I was a kid, I used to watch a Disney movie called Meet the Robinsons. In the film, a young scientist is brought to the future and sees his legacy, his futures inventions, and his future family. In a particular scene, he fails to fix one of his futures machines and, when he was starting to apologize, he is surprised by cheering. As one of his relatives says: “From failure, you learn, from success not so much.”

Here in Simbiose (the team that I work with), we are familiar with the concept of “make mistakes faster.” The idea is that errors are inevitable but aren’t necessarily fatal. Creating an environment that only punishes them doesn’t end them, but hides them to the point that a simple mistake becomes a vast (and expansive) problem.

That kind of culture boosts me daily. Even though I watched the movie at a young age, it seems that I still have problems to learn that lesson. An environment that is always telling me to communicate mistakes and ask for help makes me not have why to feel an internal pressure that just holds me from evolving. Each day is easier for me to communicate challenges sooner, so each day, I can resolve them sooner.

The first step to build a boosting culture is the guarantee that mistakes aren’t seen as career-damaging. Once that is covered up, nothing more should keep people in your organization from wanting to learn.

Make sure everyone is going for the same goal

With good people who want to learn, the next step is to get everyone running in the same direction. The way to do this is to have clarified and communicated the vision and values that the company is pursuing. Even with excellent players, a team would never win if each one played with a personal technic.

After a whole week revising Simbiose’s beliefs and processes, we are all sure that we know what actions to take next because we all know what is our goal and how do we want to get there.

A clear vision must answer the question, “What mountain do we want to climb?”

Like the other studies of soft skills that I did in Simbiose, I decided to do this lesson in a self-realization exercise. That’s why I write this text while looking at a post-it in front of my desk. I drew in it a mountain and a couple of words representing challenges that I want to climb in my life.

The idea is that while I am working, studying, or relaxing, I can see exactly what my goals are. That helps me to make every decision focused on what I want for my life. A team that does not have a clear vision cannot decide in anything because it will not have the same goal in mind to achieve. And, as said by the Cheshire Cat – character from Alice in Wonderland – if you don’t know where you want to go, then it really doesn’t matter which way you go.

Life is about value conflicts. That means sometimes you can’t honor two values at the same time.

The vision being the final goal, guide all the decisions only by it can end up leaving thing open. If someone work with only their objective in mind wouldn’t be strange if them doesn’t act ethically. This Machiavellianism can be countered by the establishment of not only the values but principally their order. They are responsible for guiding everyday behavior.

Even though the Disney vision is “to make people happy,” the first value at Disney Parks is safeness. If a worker is playing with a child and their sibling falls, they must help the child who fell even if it makes the other one cry. Deciding your values, you have to think about what is immutable and more relevant to you or your team.

An interesting point that Garry Ridge points out in the book is that when you don’t place an economic value, you’re lying in your values. Even if sustaining your companies economy is the last value – making so you prioritize the other ones – you have to put it once your action is also focused on it. That way is explicit that although a company is worried about making money, every time they have to choose between that or honesty (or whatever values they want), for example, they should choose honesty.

Now make it a culture

To understand how a tribal culture impacts open communication, think about tribal leaders: They sit around a fire and share their knowledge with younger tribe members.

Once a learning environment, the vision, and the values are established, it is time to make it in a culture. A vital step to achieve it is identity. A complex culture wouldn’t be possible if the members don’t felt like they belong in there. It’s no use to establish all those establishments if your team is not willing to follow it or don’t identify with it.

In charge of the company are the ceremonies. To new members who are entering in the company or to a team that did an exceptional job, the recognition is an essential step of communication. Making onboardings will help new members to enter the culture and develop a sense of identity, as well as other integration meetings. Recognize people doing things right will make them feel valued.

No culture in the world is stagnant. It must be continually evolving. If a people is living around a drying river, they won’t stop to get out of water. They go after another place. However much you have prepared your ideas for this culture, you have to accept that it has to modify itself when necessary, making it adaptive and working toward the future. 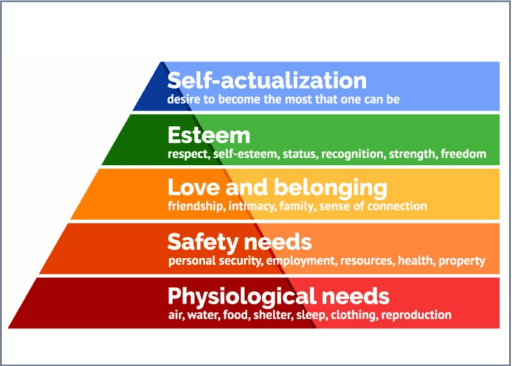 Following Maslow’s Hierarchy of Needs, this idea of a culture takes care of the three higher needs, which most organizations do not. As the members recognize each other’s accomplishments and work in open communication to help each other, the Love and Belonging and the Esteem are fulfilled. For the Self-Realization, you have the boosting culture itself. By making a place where people can evolve, they can become you better version – or, in the case of Simbiose, they can go beyond their limits.

What have you learned from integrating CRMs into your product?

Once suspended, lucasfsouza will not be able to comment or publish posts until their suspension is removed.

Once unsuspended, lucasfsouza will be able to comment and publish posts again.

Once unpublished, all posts by lucasfsouza will become hidden and only accessible to themselves.

If lucasfsouza is not suspended, they can still re-publish their posts from their dashboard.