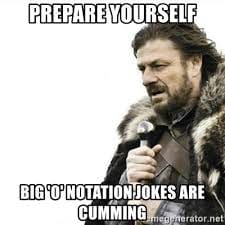 As we need to improve our abilities as software engineer, we need to stop abusing the power of the language we’re using and start acting as an analyst for the effectiveness of an algorithm application. This post will explain the concept of Big O Notation , and how to analyze an implementation of an algorithm on time (execution time) and space (memory consumed).

The number of inputs

Analyzing with the Big O Notation rides you to following question: “What happens with n approaches to the infinity?“. In other words, it will tell you about the algorithm. 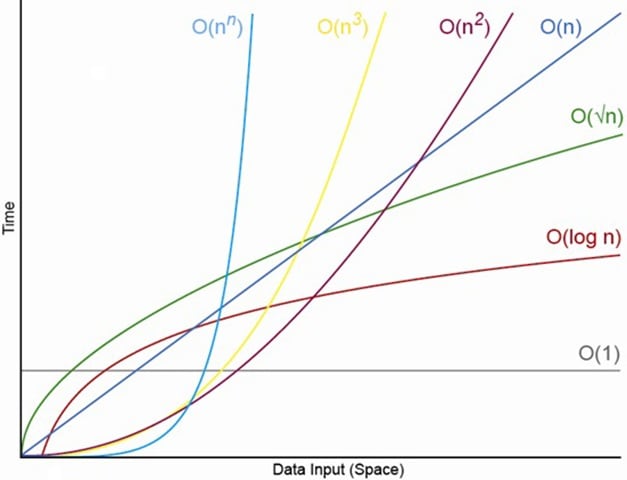 Let’s say that an algorithm’s complexity as f(n):

The goal of the analysis is calculate the efficiency of the algorithm by calculating f(n), but because of it difficulty, we can use the Big-O Notation rules for that.

The first, second, fourth and sixty need to be in your mind, because they are commonly used.

This article was an initial idea about Big-O notation, then if you want to be an expert you need to study more about it. You can read about Data Structures in another languages , for instance.

How to Add an Announcement Banner to your React Navbar

Once suspended, mauriciord will not be able to comment or publish posts until their suspension is removed.

Once unsuspended, mauriciord will be able to comment and publish posts again.

Once unpublished, all posts by mauriciord will become hidden and only accessible to themselves.

If mauriciord is not suspended, they can still re-publish their posts from their dashboard.

Once unpublished, this post will become invisible to the public and only accessible to Maurício R Duarte.

Thanks for keeping DEV Community 👩‍💻👨‍💻 safe. Here is what you can do to flag mauriciord:

Unflagging mauriciord will restore default visibility to their posts.