In this article, we are going to discuss the top 7 Technologies that you can use for the development of apps. 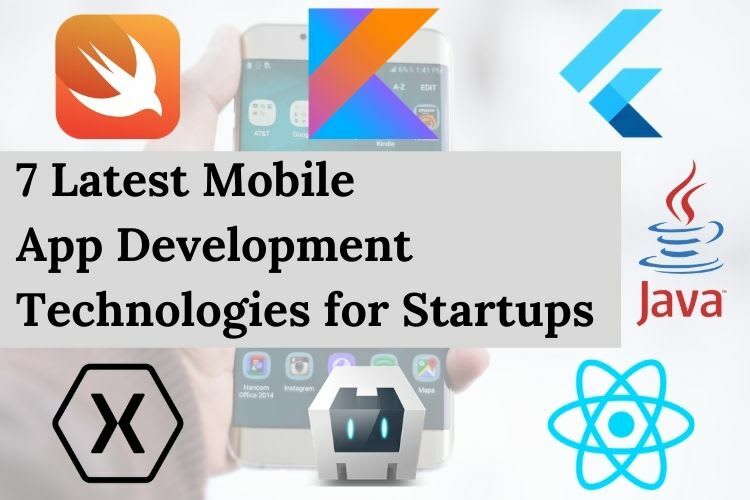 Native technologies are those that are designed and developed in conformation to the international standards that govern the platform. For example, these Technologies are fully compatible with that platform that they support. and can easily make use of the smartphone hardware as well as interact with it. Java and Kotlin are two specific Technologies designed for Android app development platforms. Whereas Swift is a technology that is native to the IOS platform.

The new technology or language that is being introduced to be a replacement for Java for the successor for Java, Kotlin provides a multitude of benefits and features that support development for applications specifically for the Android platform. Google has announced that what will be the official de facto language for any kind of Android app development because of its vast number of features and benefits that it offers.

When it comes to cross-platform app development, there is a multitude of Technologies that provides numerous advantages and benefits to smartphone app developers. Google recently announced flutter to be the go to technology when it comes to developing apps that support both iOS app development Android app development. Using the single code base feature, Flutter Developer will be able to minimize the cost and effort that they put to develop the same app having the same feature in less time and in less cost. Compared to native Technologies cross platform Technologies are more feasible and doable in nature.

Cordova is an open source technology, that is the proprietary software for Adobe, that enables developers and designers to create awesome open source apps that are cross platform in nature and run on the latest mobile platform software. Cordova makes use of HTML CSS and JavaScript in order to design apps that run on mobile platforms.

We have discussed the top 7 technologies that you can use for mobile app development. It depends on your preferences and what you are trying to achieve when it comes to selecting a particular technology.

How to generate a random unique identifier with UUID

How To Make Your M-Commerce App Successful

What Are The Effective Techstack that Could Be Used To Develop Uber Clone App?