When the question is about choosing a particular framework, which works well for mobile and web application development, often this choice can be a daunting and a hard one. Capable programmers and Developers would have a hard time choosing the correct framework to go with their technological needs. When it comes to software development, there are multiple Technologies which can be used which serve the purpose and provide the ability to create unique and intuitive applications pretty easily and efficiently.


So let us compare the stalwarts of the Frameworks department, Laravel and Django. 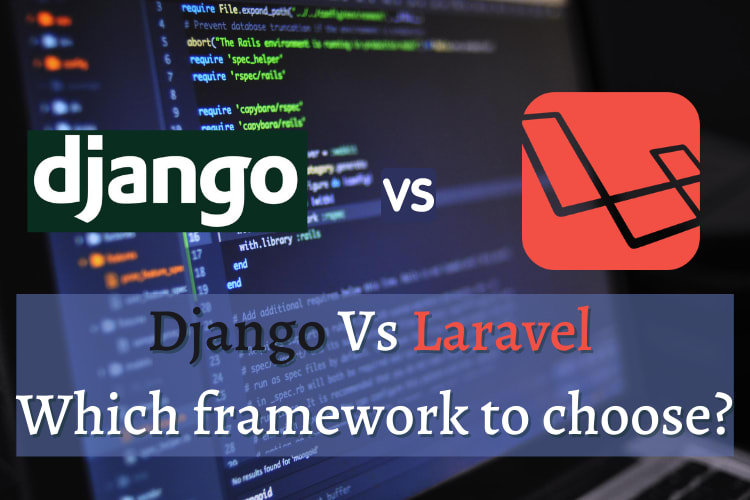 The Django Framework was developed by the Django Foundation and was licensed by the Berkeley software distribution. Django is used by many popular and well known websites such as Mozilla, bitbucket, Instagram, Pinterest ,and many more. All of the maintenance activities and the boxes which are applicable to the Framework are released timely and efficiently by the Berkeley software distribution group.

One of the major strong points that the Django Framework is able to provide is that it is lightweight in use and provides a robust and standalone feature for development applications and provide useful features for testing as well. The main objective of the Django framework is 2 is the process of web development and enabling Complex application development using lesser time and lesser effort.

If you are looking to develop your web development in Python Django, you can Hire Django Developer from Nimap Infotech.

Laravel is the framework developed by Taylor Otwell. Laravel operates under MIT licence. it requires developers and designers for efficient knowledge of PHP for use. The main objective on uses of laravel is design and development of content management system and applications.

If you are looking to develop your web development in PHP Laravel, you can Hire Laravel Developer from Nimap Infotech.

Popularity:
Django is a leading Framework for has many uses in the categories of computers, food and drinks industries, and electronics. The Framework is highly used in countries like US, Russia, Spain, France.

Laravel on the other hand has more web based applications and is heavily used in the areas of Arts and entertainment, telecommunications and internet, shopping in travel, and various businesses. As a web framework, this particular Framework is used heavily in China, Brazil, UK, and many other popular countries.


Community:
Both Laravel and Django have active communities with user group dedicated to solving problems that the developers have. And both provide forum Groups for interaction with different users which many developers can use to solve problems.


Learning Curve:
Python does not efficiently have a learning curve because it is so simple and easy to use, this course for Django as well because Django is developed using python.

Laravel on the other hand has a somewhat steep learning curve then what Python has to offer, which can often be tedious and difficult for developers and programmers to master the particular language framework.


Performance:
As far as performance is concerned, Django wins hands down due to the efficient use of memory management, and compute performance tasks. On the other hand of a similar lower performance than what Django has to offer.


Security:
As far as security is concerned, Django is able to offer better security compared to laravel, because it takes privacy and security issues pretty seriously. So if you are looking to create applications that require higher standards of security then you should go with Django.
Laravel security features are not as robust as what Django offers, but can be still used to provide the features and functionality. having said that Django offers the best security hands down

Conclusion:
In the race to find the best frameworks, it all depends on personal preferences and best practices that you would like to implement, that provides the number of features to your users and customers, as well as enabling them to do the things that otherwise would have been difficult for customers. It all depends on what you are trying to achieve in application development which decides the Framework that you want to choose. Consider what projects you want to do in the future and choose the framework according to what you need and your usage.

Django vs Flask vs FastAPI for Software Founders