There are Technologies which provide the capability of developing on multiple platforms. Technology and enable corporations and organisations to develop apps for smartphones using multiple features and functions. There are a handful of Technologies which help you to develop state-of-the-art and sophisticated software for a large number of people using smartphones. Smartphones have now become an essential tool in the hands of people. as it helps you to accomplish a lot many things, which otherwise was very difficult and almost impossible to accomplish. Technology is enabled us to bridge the gap between the ease of living and efficiency

Here we compared two different Technologies that help humans accomplish the same thing. These technologies are React Native and Flutter. These Technologies helps companies and organisations to accomplish great things as far as smartphone app development is concerned

Let us compare and contrast these two Technologies and see what they have to offer us as far as the development question is concerned. 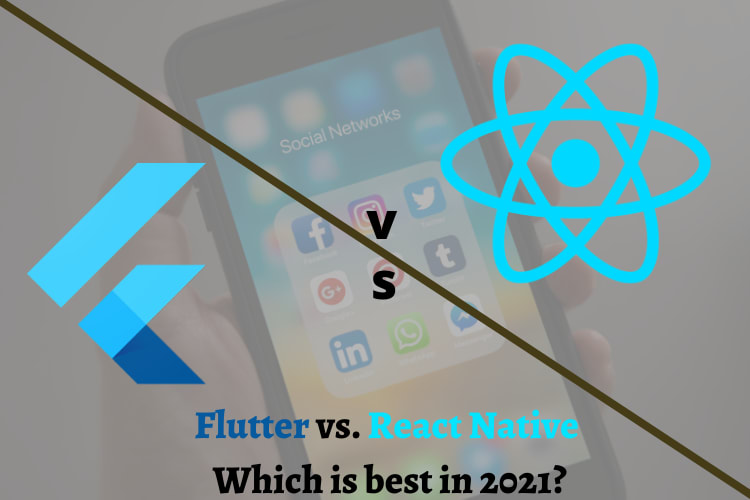 Hot reload means that any changes done to code is directly reflected in the UI aspect of the software. Both flutter and react native are able to offer developers and programmers the feature of hot reload. This enables them to increase their productivity levels when they program and create applications for use by consumers and customers. Hot reloading the path breaking feature that enables developers to achieve more in less time using the real time updation and changes reflection in the code. Both these Technologies have their own versions of what we load provided to users and programmers so that they can benefit from such kind of a feature

React native and Flutter enables developers and programmers to use the multi-platform feature and capability, which enables them to develop for platforms like iOS and Android simultaneously and parallelly. Using only a single Framework tool developers and programmers are able to create clone versions of the software app that work flawlessly and similarly on their respective platforms like iOS and Android. Programmer efforts are concentrated on maintaining the codebase, and these changes are reflected by hot reload in their respective apps.

Both React Native and Flutter have their respective communities and user group forums which developers and programmers can leverage to get queries answered and solve their doubts and questions. There are community forums are maintained by their respective companies and developers can benefit from them and can gain valuable knowledge and know-how to be used in in programming applications for smartphones

This is the only area where flutter takes the lead in providing widgets to developers and programmers and to enable and implement widget functionality in code. React native does not have any concept of widgets and hence take some one step back in providing this advantage to developers and programmers alike. Flutter offers widget capabilities and it enables the programmer to provide out of the box features and functionality with the use of widgets.

Both react native and flutter provide excellent documentation to programmers and Developers which they can refer to understand the queries and concepts of programming pretty easily and efficiently. Programmers and Developers can make use of the provided illustrations and examples to learn the concept better and to implement them in their coding applications.

React native makes use of JavaScript while Flutter makes use of Dart. JavaScript is an age old language which is quite popular amongst developers and designers and as we knew preferred as the language of the web. Any experienced developer or designer can make use of JavaScript and learn it in order to master react native pretty easily and efficiently. On the other hand flutter makes use of the Dart programming language which has been derived from JavaScript and it's similar to it. Developers need to learn a new language in order to master flutter and use it for developing applications.

Conclusion:
So we have compared and contrasted the two technologies React Native and Dart. It depends on your personal preference which technology you prefer to use for developing smartphone applications. You can React Native if you are looking to build you app using react native.

How to Compress or Manipulate Images in React Native Expo