Smartphone apps have taken over the world. With an increasing number of smartphone users and that's about 900 million of them in India, there is no doubt that virtual connections and online connections for made specifically to these Gadgets and devices. The smartphone is a necessity for today with several Technologies coming together to develop Smartphone apps, it can be difficult or a daunting task to decide which language is appropriate for development. Whenever choosing a particular language called app development, developers and programmers need to decide to open the compatibility, as well as the various features that the language will be providing to its users which can be used to accomplish certain daily tasks and objectives.

How will such objectives be achieved if something that developers and programmers need to decide when choosing a particular language for app development. Statistics prove that more than 50% of online connections and interactions that happen with users are happening on smartphone devices. This indicates that it is crucial for organization and companies to tap into the potential that's various smartphone offers so that they can leverage and amuse the consumer. 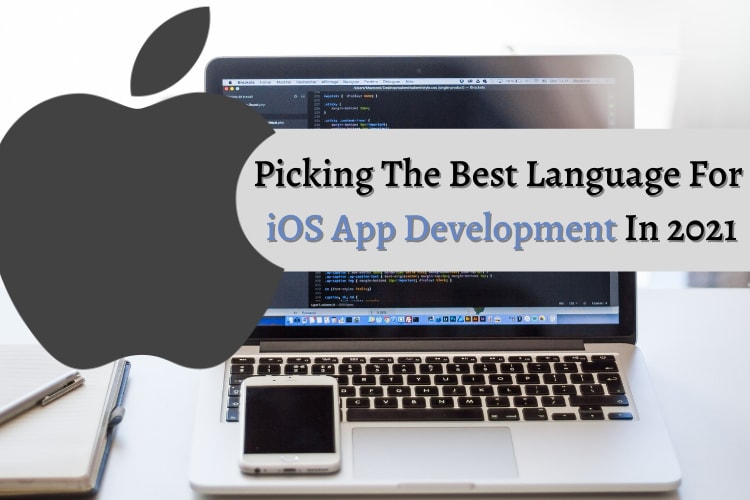 Objective C was an initial language developed by Apple for its products and gadgets. using objective C developers and designers can develop apps for the older version of iPhones and that is iPhone 6 and below. If you want full compatibility and want your iOS apps to support all the necessary versions of gadgets then objective-C would be the right choice for you in order to maintain compatibility with older gadgets of iPhones. Other than that there is no particular reason as to why developers need to use this old language as apple has already declared it is outdated and phased out.

Swift is the newest language that has been declared by Apple as the de facto language for the development of all Apple devices gadgets and provides various solutions to it. Swift Developers and programmers can use this language for developing Mac OS iPad OS, iOS, watch OS as well as TV OS solutions.

Apple created the swift language in the year 2014 and it's been designed to work with various frameworks that Apple uses in its gadgets such as cocoa and cocoa touch. These are an extensive code base for various Apple devices has been coded and designed using swift language. Therefore it ensures compatibility and efficiency when using this language for the development of Apple devices and apps.

React native is a new contender for iOS app development especially if you want to develop a cross-platform app that can turn on not only iOS devices but Android devices as well. React native was introduced in the year 2015 by a team of Facebook group engineers for their own social media platform. React Native provides all the features and functions that a developer requires to develop iOS and Android apps for various devices.

React native and show off compatibility and efficiency through its various features that it enables developers to use. React native makes use of JavaScript language in order to develop iOS apps which are built on the basis of website technology. Any developer of programming comfortable with JavaScript can easily use this framework to develop iOS apps. Please keep in mind that your App will also be compatible with Android devices as this is a hybrid app combination.

Flutter is again the comprehensive SDK that is developed and promoted by Google which can be used to develop iOS apps also. Similar to react native using the same hybrid apps Technology that React native also uses. The widget tools that flatter provides as well as the number of features and functions such as hot reload, cross-platform compatibility are some of the features that are well known the most flutter programmers and designers. Flutter can be used as a cost-reducing investment to develop iOS apps which is also compatible with Android devices.

Even the Java is not as popular as the other languages are, you should consider using Java if your iOS app has already been developed using the Java language which ensures that you preserve compatibility and efficiency using the language.

Conclusion:
So we have discussed the various languages that you can use for the development of iOS app devices. It depends on your preference and the features and functions that you need to incorporate in your app which ultimately decides which language is best for you.

What Everyone Is Getting Wrong About React Native Modals

Thanks for keeping DEV Community 👩‍💻👨‍💻 safe. Here is what you can do to flag nimapinfotech: