Ever since we talk about frameworks, software development and designing comes into play. This is a conglomeration of software and tools that help achieve Cohesion and conservation of software objectives and help people to a certain task or achieve a certain Goal.
With the advances in software that is happening at a rapid pace, technology is evolving and changing to provide revenue frameworks and tools that not only adds software development and web development but also enhance it to the extremes.


This provides users and Consumers like you and me together in an interactive way with communicating to the software to achieve the desired task. Organisations and companies get together to build awesome software that helps users in their daily lives and tasks enhanced uses achieve certain goals. Advances in software development Technologies and web technologies have provided path-breaking ways to accomplish the Impossible or difficult situations that are encountered by users.


Web development has seen a rapid pace with respect to designing and development of tools and technologies that help organisations shape the world. With the recent changes in time of how software is to be developed, come to the situation where developers and programmers need to choose a certain particular tool to help ease the efforts of development and designing. 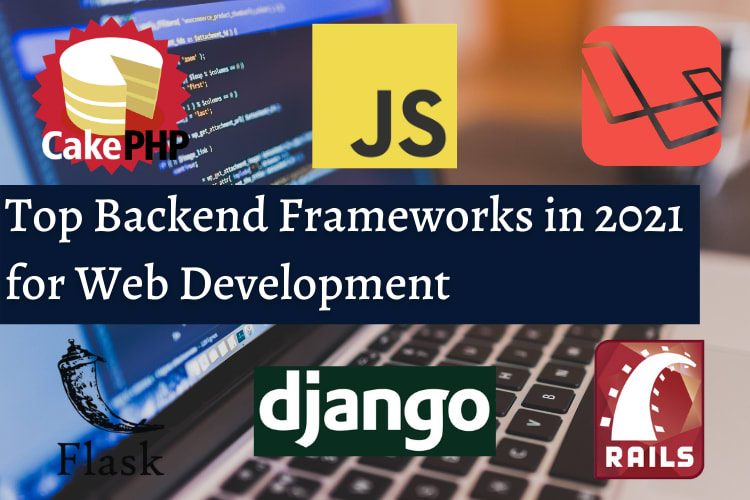 
This awesome framework provides the operation of optimal plaque ability, reduces the coding efforts of developers, promotes greater usability and faster development efforts. It uses Python as the base language and provides all the necessary materials and infrastructure needed for web development and designing. Django is mainly used by many companies such as Mozilla, Disqus, and the Washington times.


Laravel:
Similar to Django, Laravel is also a backend framework that is the process of development and designing, putting the Laravel Developer priorities first in the process of software development and designing. Laravel is based on the open source PHP standards and provides the model view controller MVC pattern for designing websites and web applications. Laravel provides a perfect symphony of efficiency and easy to use development tools that help create innovative and interactive web applications using open source PHP based standards that laravel follows.
Laravel provides multiple users with different ways of accessing data and using it for efficient processes in designing web applications. It also eases the process of maintenance and testing activities that further reduces the efforts of developers and designers.

Ruby On Rails:
Commonly known as RoR, Ruby on Rails, is Rails based server side web application framework that runs and implements on an MIT base licence. Similar to it's contenders, Rails also follows MVC architecture or pattern. Ruby On Rails provides an intuitive way to develop web pages and Web Services and offers techniques for utilising database default structures, and sophisticated components and tools. Ruby On Rails promotes the usage and implementation of international web standards such as XML and JSON , as well as HTML for interfacing. Rails promotes and advises developers and encourages them to use active record patterns, convention over configuration, and do not repeat methodology in coding.

Express JS:
Also known as Express, this is a NodeJS based framework that encourages open source standards and is available for use under the MIT licence. Express JS is widely used for building a Web API and applications. Express is considered as a standard node.js server framework.
Express can be used along with Angular and React depending on the requirements and preferences of developers and designers. It typically makes use of mongo DB database architecture. Express is seen as one of the best web development services available Tu web developers and designers.

CakePHP:
Another framework to be included in our list is the popular cake PHP Framework which is again based on the MVC architecture and is implemented under the MIT licence. Cake PHP is inspired by the Ruby On Rails concepts and tries to clone them in their own different way. Cake PHP makes use of popular software design engineering concepts such as active record, controller for frontend, model view controller architecture, convention over configuration, as well as mapping of data.

Flask:
Flask is based on the python microservices framework which does not require the need of using specific libraries and tools. This particular backend framework need not have form validation, data abstraction layer or any kind of components that require it to function from an external source. Flask provides the support for extensions and plugins and can add features in a manner that they are implemented within the framework.

Conclusion:
So you see we have listed down the top backend frameworks that aid and boost the process of web development and designing.