Some of these Technologies are easy to learn while some are in the medium stage to learn and understand as well as master. Technologies have become a foreplay in the design and creation of different websites and web applications which seamlessly help users carry out their tasks in an easy and efficient manner. Here in this article we are going to have a look at some of the prominent front end technologies that help users design innovative intuitive web applications and provide the needs for the necessary functionality which the users and customers can have for their daily perusal. 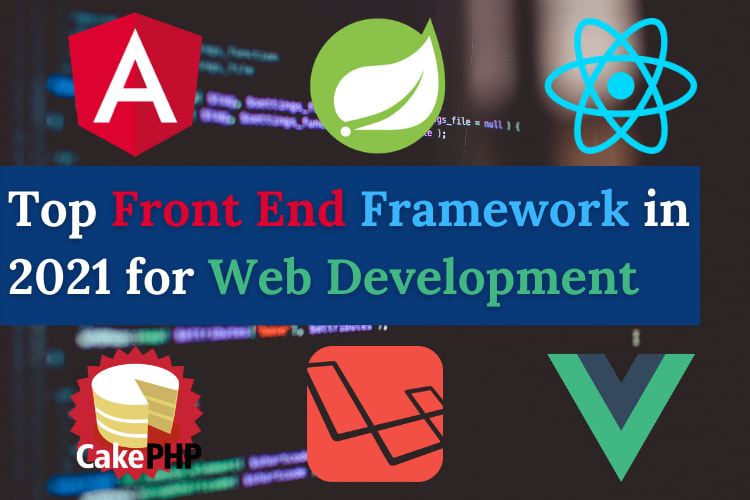 AngularJS is a Framework developed by Google for web development and web application creation Since its Inception in 2010. Angular is a known Framework that is Highly popular among developers and designers with a view to create websites, web applications and high performance applications pretty easily and efficiently.

Angular provides all the needs and necessary functionalities that the developer needs in order to enable the job to be done easier and efficiently. Angular is also responsive in nature which means that it works well on mobile devices without happening any device performance.

React JS is another popular Framework which is a great alternative to Angular and provides the same necessary features and functionalities that web developers and programmers need. React JS is a Framework developed by Facebook and was initially used as a tool to enhance and augment the Facebook social media network. Later on it was released to the public under the open source licence which can be used by web developers to create different frontend and single page applications easily and efficiently.

React JS has many uses with its primary use being developing of single page applications and designing of user interface aspects web programming. You can Hire Reactjs Developer if you are looking to build you web app with react.

If you are looking for a lightweight Framework that can do all the heavy-lifting without having a smaller or larger footprint, then VuejS is the right choice for you. This particular Framework sits between AngularJS and React JS and provides all the necessary features and functionalities that developers can suggest data binding and component integration pretty easily and efficiently. who has somewhat of a smaller learning when compared to Angular JS and react JS which makes it an efficient and easy Framework for use by developers and programmers worldwide.

The laravel web application Framework seems to be a very talented and expressive Framework that provides an elegant Syntax to web developers and programmers. It boasts of having a good ecosystem that was different kinds of tools and features that allows
Laravel Programmers to build web applications and frontend aspects quickly, easily and efficiently. The real question is how much features and functionality can be utilised and given by the tool when compared to other competent Frameworks that are out there.

This is a cross platform framework that allows developers and programmers to perform easy debugging and maintenance activities to any applications developed using laravel. Developers will find everything that they need to develop their applications pretty easily and efficiently using the well known Laravel framework.

Spring is a Framework that is well known amongst developers and designers alike as it provides some kind of middleware tool for developing web applications using a feature called as plumbing which is the development of enterprise applications using Java Toolkit.

It provides several great features to programmers and developers to use and implement data access as well as transaction management for all your data storage needs that the developers and programmers will have. It supports various features such as dependency injection, email, user input validation, and many more

Cake PHP Framework provides a streamlined as well as an easy to use API integration way to developers and programmers for utilisation in web development. The latest version of this Framework comes with a host of new features that allows programmers and developers to quickly create applications that can be used for prototyping requirements.

Cake PHP uses the well-known model-view-controller Framework which enhances and enables the security and safety of web applications pretty easily and efficiently thereby eliminating the need for programmers to use any kind of complex language XML or YAML. If you want great security features and functions then Cake PHP will be your preferred choice for web development.

This is indeed a great tool that has developers and programmers to rapidly prototype web applications and websites and create a quick and easy way to understand the features and functionality of these designed applications pretty easily and efficiently.

Conclusion: So you see we have discussed the various popular frameworks and tools that can help you design innovative and interactive web applications and single-stage Applications by means of web development tools. We hope you find this article useful and have found it informative.

Build a SSR App with React, React Router and Vite