Web development is a dynamic topic that many developers and programmers preferred to is the Technologies and tools to enable them to develop the web. With the number of tools that are available in the market, there can be a state of confusion as to which web technology is best for them. In the Quest to select the best programming language for web developers and programmers must always weigh-in in the pros and cons as to which language is preferable for them depending on the features and functions that it offers.

In this article, we will shed some light on which programming language is apt for you as far as web development is concerned, and how you can use them to develop different websites and web applications on: 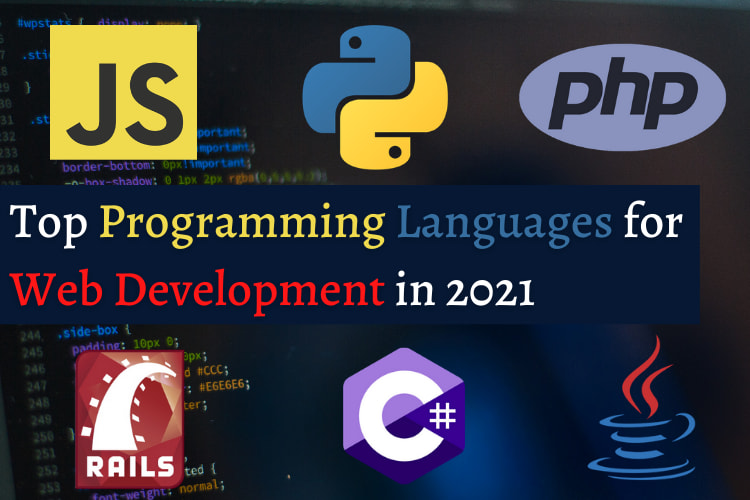 Whenever someone speaks about the topic of web development, the first name that comes in my mind is JavaScript. Many web developers and programmers prefer to use JavaScript out of almost nine out of ten times just because it's an easy to use language and easy to learn. You will find that JavaScript is everywhere and it is being heavily used for front end as well as backend web development.

Even though the Python language is most famous for its unique abilities for hot and trending Technologies such as machine learning and artificial intelligence, it can still be used for the process of web development. There are numerous frameworks and tools that can be used for web programming and web development as well and Python supports these Tools and techniques pretty easily and efficiently.

When PHP was introduced in 1995, it seemed that PHP would be used for backend programming for web development. Due to its vibrant use of Technology as well as the features and functions that it offers PHP can be used for both frontend and backend programming as well. It has a rich history of about 25 years behind its back and therefore many developers and programmers prefer to use PHP because of the simplicity and Elegance that it offers to themselves.

PHP is the safest and Secure language that can be used for web programming as numerous tools and plugins support it. Web programmers find PHP to be easy to learn with the little learning curve that provides knowledge to PHP Developer using this awesome language.

As far as web development is concerned Java supports backend web development also using different servers and tools as same as PHP does. Job offers a state of security and safety for many developers using this language to develop web applications and web programming.

The security and safety offered by this language is just so awesome that it is almost impossible for any kind of hacker or Intruder to break into the language and provide malicious operations on. The safety and security offered by this language makes it an apt web development environment that many Java Developer and programmers rely on to develop different web applications on.

Unlike other programming languages, Ruby focuses on improving the developer's productivity by allowing reusability of code as well as usage of humans plugins and tools that provide out of the box features and functions to web developers and programmers and enabled them to is the process of web development.

The go language is officially supported by Google and promotes the use of web development through the usage of this go language. If you are thinking that Go is not as popular as other languages are, then allow me to tell you that as per of Survey done by stack overflow, Go is rated 8 out of 10 times as the most Preferred language used for developers and web programmers. Go provides the mother features and functions auto memory management, static typing, concurrency and many more.

Conclusion:
So we have listed down the top 7 web development languages that you can use for different aspects of web development and programming. If you are looking for a web developer then do contact us with your requirements.