It is used for designing many web applications and web components per se. due to its unique features it has gained popularity and recognition in such a short span of time. Many developers and designers prefer to use react native because of its simplicity and elegance that the Framework is able to provide to them.

React JS emerged as one of the most powerful frameworks that is used for designing the UI aspect of web applications as well as many web components alike. In this article we will have a look at why react JS is the most powerful UI library. 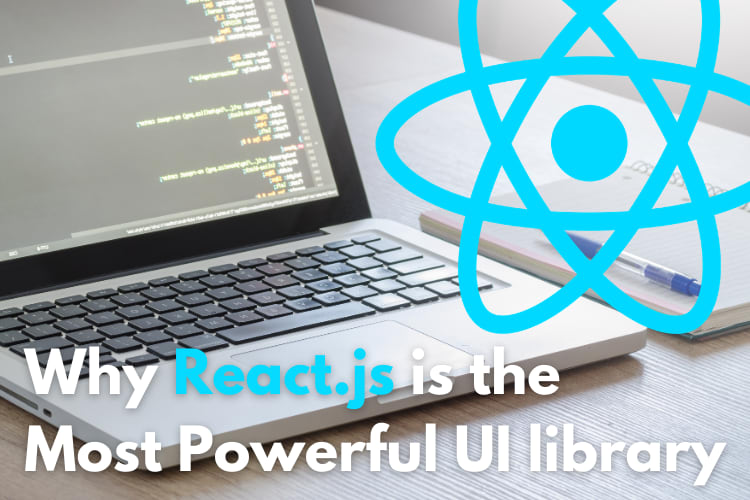 Initially react JS was created as a supplement to adding features and functions to the social media application Facebook, but later on Facebook engineers realised that this piece of software could be used as a full fledged software framework that can lead to creation of a wide variety of applications providing different functions to users.

Best powerful components can also be reused as react JS supports reusability with a minimum approach to writing new code. This helps developers and programmers to reuse the basic components of GUI interfaces, thereby providing the opportunity to programmers to put left effort into development of code.

React JS uses the concept of JSX to design and develop components. JSX is a mixture of JavaScript that can be used to embed HTML elements into the code. JSX promotes reusability and component enhancement, as many different frameworks support it.

Update applications in either component or in bulk

Due to the unique feature of react, components can be updated either individually or in bulk depending on the requirements that are set by the user. Reactjs Developer and programmers can update the components depending on the newer features and functionalities that are offered by ReactJS.

This promotes the components to be updated only when required, and when the user demands new functionalities that are supported by ReactJS, then the components can be updated to support the new features and functions as well as to impart them in the application.

React JS promotes the concept of reusability thereby increasing the efficiency of code. Developers and programmers can easily view component code to create new applications or components depending on the feature that they require and want to implement in their code.

Reusability is an extremely important feature that minimises the efforts of developers to write code again and again. reusability promotes component usage as they can be used as it is with minimal changes done to the code for many different applications as well as functions.

React JS supports MVC model and this is a huge advantage that is being offered to developers and programmers alike. Because of this feature the business logic stays separated from the view and presentation layer, and each individual component's code can be easily coded down to the functionality that needs to be offered.

The main purpose of react JS is to be able to enable developers and programmers to create the UI aspect of applications. React JS can not only be used for only creating UI, but also it can be used for creating single page applications as well.

React JS is based on the open source standards, and this means that there are no expensive license or subscription fees that need to be paid in order to use the particular software framework. Developer or programmer can use react JS for as much as they like, without the fear of paying any kind of fees or being prosecuted for it.

Conclusion: So you see because of the above features and functions, it is no doubt that reactions is the most powerful UI library ever created. We hope you like this article and found it informative. You can Hire Developers from Nimap Infotech for Web Development.