I have this open source calendar javascript library that I have been maintaining for quite some time now. It requires minifying the JavaScript and CSS files before every release so that they can be included by other users cleanly into production. Unfortunately, I was doing that manually at first, but then I thought I might as well automate it.

I thought at first of creating a bash script and using it to minify the files automatically. But at that time, GitHub Actions were released out of beta and I thought that it is a good idea to utilize them!

So, I made my way to the GitHub Actions Marketplace, and I tried searching for an action to minify the desired files. Finding no results of what I wanted, I ended up creating my own, thus, the name auto-minify.

There are many different ways to utilize the action. Currently, the following inputs are available:

The README in the repository has a bunch of examples for different use-cases, which include:

Some real examples can be found below under Popular Repositories Currently Using the Action.

During that time, the GitHub Actions hackathon started. Accordingly, I made the decision to submit it into the hackathon without much expectations. After all, the goal behind that action was to facilitate my workflow, which it did.

After a while, the hackathon ended and I was among the Featured Submissions! 🎉 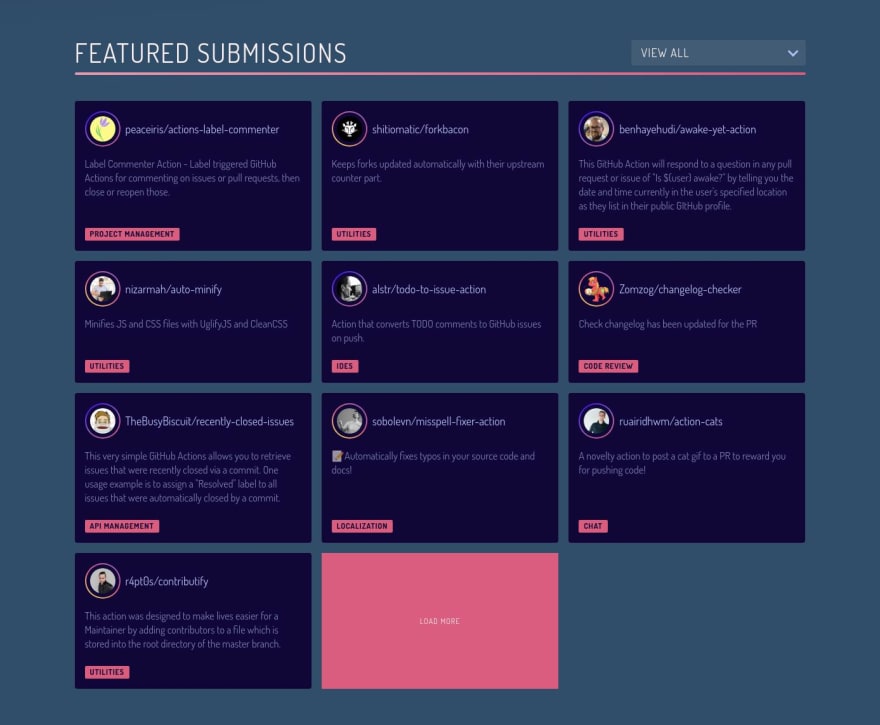 The repository is being maintained and used by a couple of people, who have contributed to the repository through issues and pull requests.

Because enhancements and additions have been made to the action, I thought of entering with it for this hackathon too.

More results can be found here

With the addition of maxdepth, the action traverses by default into all subdirectories in a specified directory.

Follow this example if you want to minify the files in the first level of a certain directory.

Automatically update your CONTRIBUTORS file with this GitHub Action + Workflow

Building an internal dashboard with Retool and Cube

Nizar
I code to make a living, automate tedious tasks, and escape reality. I love trying to create things I wish were real; whether they are stuff I see in movies or think of.
Building an Open Source Realtime Face Recognition Android App
#android #octograd2020 #devgrad2020 #opensource