To understand this concept properly, I highly recommend reading about CAP Theorem.

Eventual consistency guarantees that if an update is made to the data of a node (say node N), then the updated value will eventually be propagated to all the replicas of that node and eventually all the replica will become consistent to the original node(N). Nodes will get eventually consistent means it will take time for updates to reach other replicas.

Nodes that have achieved eventual consistency is often said to have converged, or achieved replica convergence.

The most popular system that implements eventual consistency is DNS (Domain Name System). Updates to a domain name are distributed according to a configured pattern and in combination with time-controlled caches; eventually, all clients will become consistent or see the update.

In contrast to eventual consistency, Strong consistency guarantee that if an update is made to a node (say N), then the updated value will be propagated to all the replicas(N1 & N2) of the node(N), immediately in other words after the update completes, any subsequent access (to N, N1, or N2) will always return the updated value.

As opposed to eventual consistency in strong consistency, always only one consistent state will be observed. 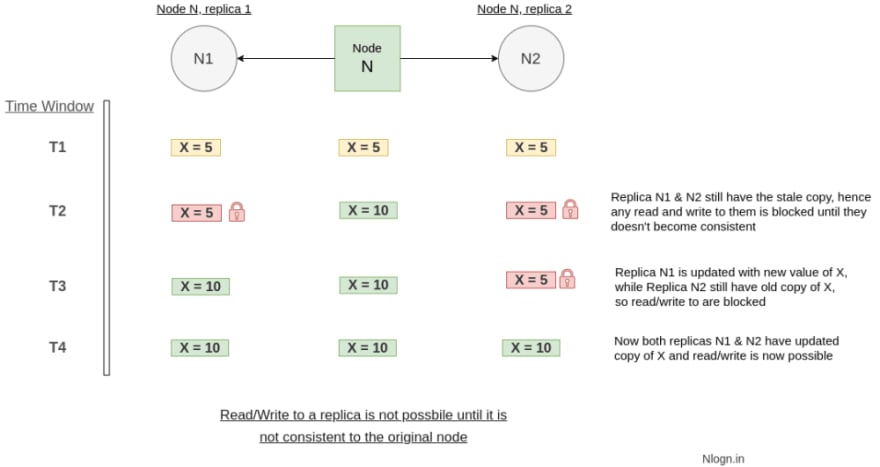 4 ways to accelerate JSON processing with Rails and PostgreSQL