In this post, we are going to discover in-depth the Logistic Regression and its cost function. Logistic Regression is a statistical machine learning model mainly used for binary classification problems. It is used when the target variable is categorical. Logistic regression can be used to classify -

Logistic Regression uses probabilities to classify the data. It's similar to linear regression, except it uses sigmoid function instead of the linear function. Hence the plot created is S-shaped instead of a straight line. 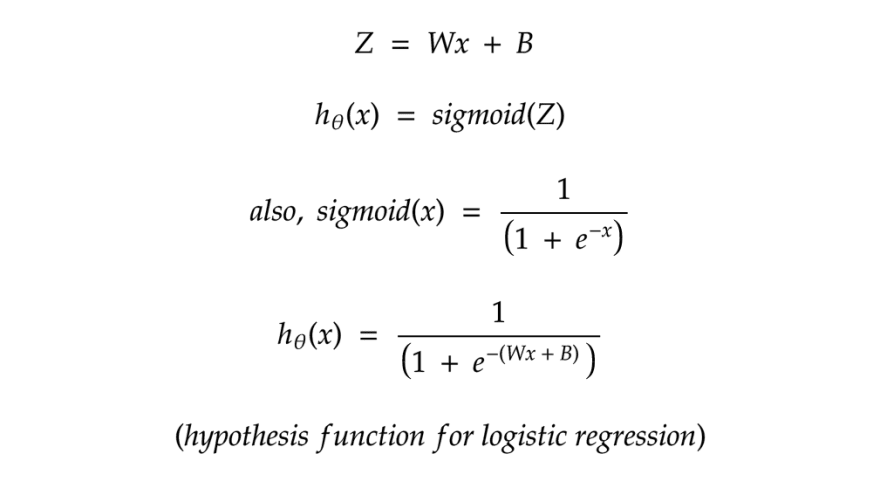 Cost Function/ Error function tells us how good is our model at making predictions for the given dataset. We try to minimize cost function in order to develop an accurate model with minimum error.

Hence in the case of logistic regression, we cannot use the mean square error function.

After, combining them into one function, the new cost function we get is -

The above loss function is convex which means that it has a single minimum and the network won’t be stuck in local minimum(s) which are present in non-convex loss functions.

Now, we have got the cost function, but still, we have to minimize the cost value to get a more accurate classifier. For minimizing the cost function we can either use gradient descent or Newton method and both the methods require calculating the derivative of the above loss function.

The derivative of the Cost Function

The weight matrix W and the biases matrix B are randomly initialized. We will use gradient descent to optimize(minimize) the cost function and then update the weights and biases to find the best fitting curve. 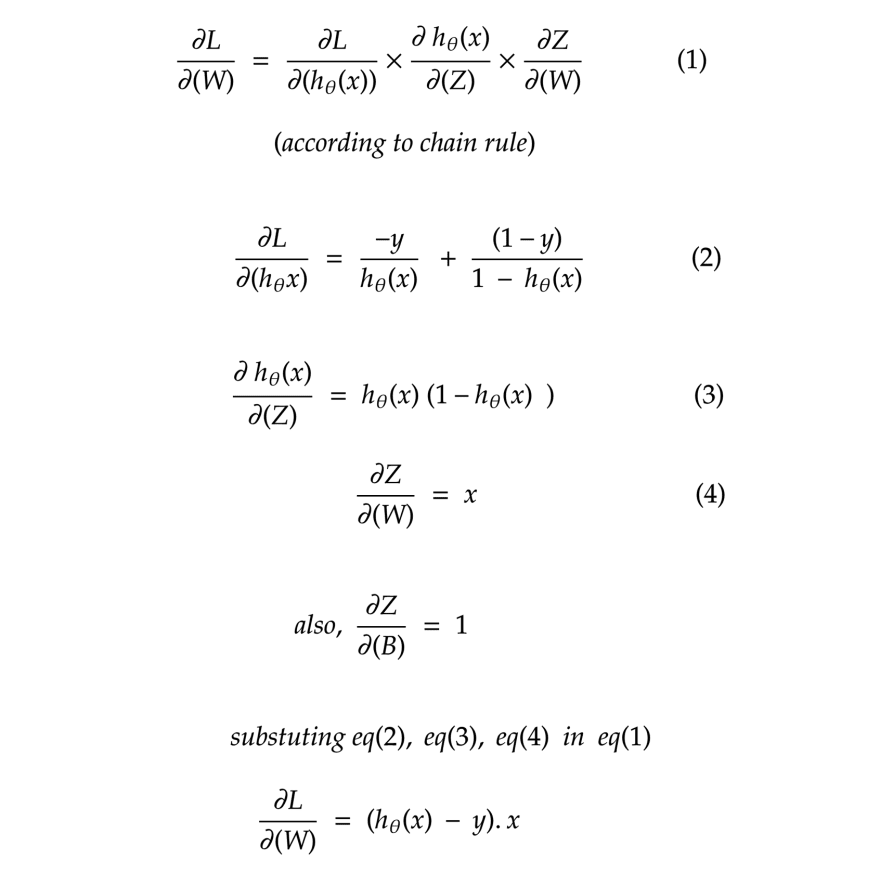 Similarly, we can calculate the gradient for bias(B) also, which will be the same as above except the x(input vector) will not be present in the product term w. The resulting function will look something like this.

Let’s plug these values back in the cost function and multiply it with the learning rate(alpha) and update the Weights(W) and Biases(B). These equations are for a single epoch, we have to run multiple epochs and update the values of W & B until we don’t reach closer to the global minima. 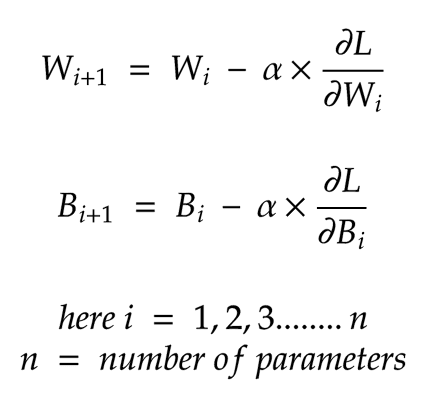 But how will updating Weights(W) and Bias(B) make my result more accurate and reduce errors?

As we saw at the beginning of the post, we have drawn an arbitrary S-shaped line, but we don’t know whether that line does the most accurate classification. Perhaps, if the same S-Shaped line drawn differently might be possible we get more accurate results and fewer errors. Hence we constantly update the slope(W) and the y-intercept(B) of the arbitrary line to find out which straight line that will give us fewer errors and better classification results.  _Note, by updating the W and B of a line, we are updating the slope and y-int_ercept of a curve.