What is Dependency Injection, an overview.

It's an approach used to keep dependencies and their consumers loosely coupled from one another, and therefore allow for easier unit testing, as well as replacement of software modules with minimal code changes.

When implemented correctly, the approach allows us to adhere to the Dependency Inversion Principle created by Robert Martins, which states that:

Now, when I first saw the DI principle it didn't make any sense to me, so let's look at an example with a short trip to Middle Earth, using the same example found in this repository of Java design patterns.

Gandalf, the old wizard, likes to fill his pipe and smoke tobacco once in a while. However, he doesn't want to depend on a single tobacco flavor only but likes to be able to enjoy them all interchangeably.

In OOP (Object Oriented Programming) terms, the old wizard object consumes the tobacco object and calls on it when smoking.

Simple enough right? We can implement them this way:

You can play around with a runnable code snippet here

Unfortunately, this is actually a bad way to implement what we want, and I'll cover why in the next section.

Identifying when to use dependency injection.

Let's understand when to apply DI by looking at how it makes our job of giving Gandalf different flavored tobacco much easier,

especially when compared to our first approach.

In the process, we'll get the tests in this runnable code snippet passing.

What's wrong with our first approach?

In order to give gandalf what he wants we'd need to do something like this:

Do you see the problem?

We just needed an entirely new WizardWithSecondBreakfastTobacco class with duplicate code 😰😲, or

if instead of writing new classes we wrote new constructors, we would need complex constructors for each tobacco flavor, like so:

Not to mention we'd also need a tobacco class for each flavor of tobacco with duplicate smoke methods, like so:

That's a lot of logic and duplicate code we could avoid by picking up on tell-tale signs that we can use dependency injection.

Signs that tell us we can use dependency injection 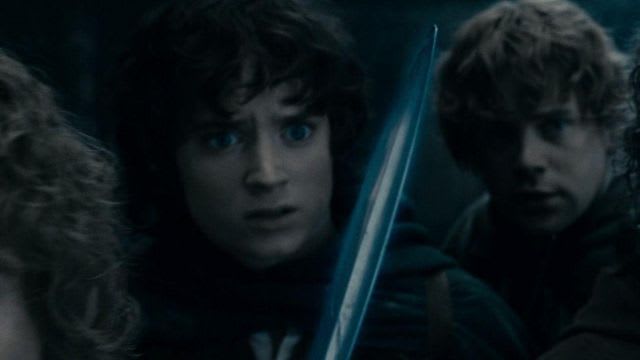 Jacob Jenkov does an excellent job of spelling out good situations for wielding our DI pattern:

And the third one rings true for our use case, where we need to give Gandalf different flavors of tobacco. That is, we need to give the Wizard class different implementations of the Tobacco class. So let's whip out our DI pattern.

How to use dependency injection?

We simply apply the Inversion of control principles to use dependency injection, starting with:

Let's code that out.

First we make our Tobacco blueprint

Note how this is an abstract class, which only exists as a template for other classes to extend from.

Great. Now we'll make our Wizard blueprint and move to the next principle

In simple terms, a tobacco blueprint/recipe should not depend on an existing tobacco. We need the blueprint first, before we create tobaccos based on the blueprint.

And very importantly, whenever we want to consume a tobacco, we should simply expect something of type tobacco blueprint, so that we're free to consume any flavor of tobacco we want. See here for another explanation

And finally we'll make a Wizard based on our Wizard blueprint

Notice how AdvancedWizard, in its constructor, depends on the blueprint Tobacco, instead of any of the particular Tobacco implementations.

To use them, we can do this:

And when Gandalf wants RivendellTobacco, we can now simply do this:

But there're some issues to be aware of which make it important to use IoC containers.

Why you should use IoC Containers

But if you're reading this, you're probably building applications with way more than just two entities.

This situation can easily blow up into a long chain of dependencies, say A, W, T, B, D, Q, R. How in Rivendell, you may be asking, are we going to create R, then Q, then D, then B, then T, then W, each time we want to use A? That's ridiculous!

I also think it is, and that's why IoC containers exist.

IoC containers exist to keep track of our objects and the inter-dependencies between them, and they take care of injecting the dependencies for us,

So we don't have to worry about doing these ourselves.

Popular frameworks, such as Spring, Dot Net, Angular, Laravel, all come with IoC containers, and there're even standalone IoC containers such as Inversify for JavaScript, or Pico Container and Google Guice for Java.

When not to use DI.

As explained in this stackoverflow discussion, you probably don't want to use DI if:

How a Yubikey works and why you should use one

Speed Up your Ruby on Rails Development Environment