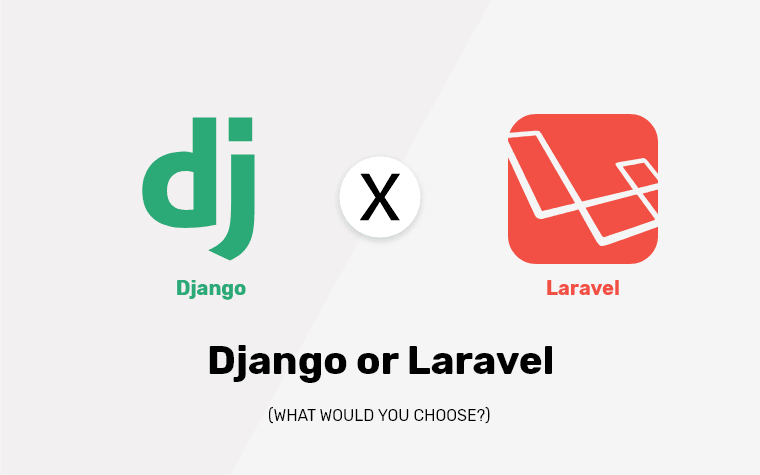 The first major difference between these frameworks is that django is in python, laravel is in PHP . If you are going to use any of these frameworks then you will have to learn it's language. So due to this restriction many developers choose the frameworks which matches with their language knowledge. It is not hard to switch from one language to another but it does take some time. If you are confused about languages then here is the comparison of these languages - PYTHON vs PHP.

Here we are going to compare these two Frameworks Django & Laravel on basis of there Strength & Weakness of library:

Common functionalities that are in both:

Laravel's libraries are not as strong as django and rails but are sufficient for making any kind of website.

You can take any of these frameworks according to your programming language and experience. If you are here to decide which one you should learn then my preference is for Django. It is hard to learn but very comfortable during application making.

Hi, I am Mayank writing tutorials in an online interview question.

Be careful with big increments with Laravel 6 and 7.

Testing an API with Laravel.

Easiest way to add Vue and authentication on Laravel.

Trending on DEV
Where to Find Remote Developer Jobs 🏝️
#career #codenewbie #webdev #beginners
Database Design Tutorial for Beginners
#django #python #beginners #tutorial
At 42 I landed my first full-job as a junior web developer.
#motivation #career #webdev #codenewbie
Build your own Kanban board with Laravel & VueJS
#laravel #vue #tutorial #beginners
Creating a Subscription SaaS Application with Django and Stripe
#django #stripe #webdev #python
I Think I Overestimated How Hard C++ is.
#cpp #codenewbie #discuss
How much do YOU pay per month for cloud hosting?
#devops #discuss #webdev #healthydebate
🐍 Python4: What should it do differently?
#python #discuss #healthydebate #design